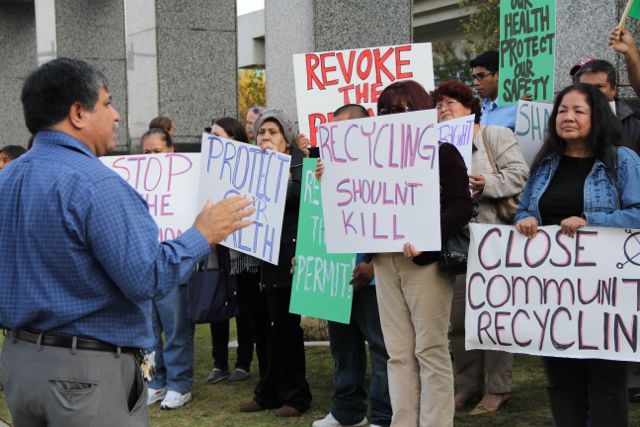 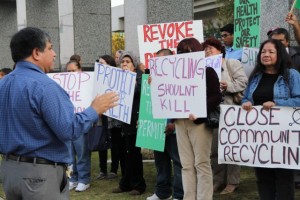 Protesters rally for the closure of Community Recycling Center./ Photo by BERENICE SANCHEZ

Committee for Better Arvin and Center on Race, Poverty & the Environment (C.R.P.E) were present among the community, who ordered the closure of the center.

“ (We) support of the county supervisors’ decision to revoke the recycling center’s conditional use permit,” said Gustavo Aguirre, Director of Organizing from C.R.P.E.

After the board revoked their permit, Community Recycling challenged their decision. Judge Eric Bradshaw reinstated the permit for the recycling center to operate.

The main concern is what’s Lamont going to do with the thousands of gallons of  “black water” that the recycling center used to decompose?

Aguirre said Lamont is currently is “looking for other options to deal with their sewer waters.”