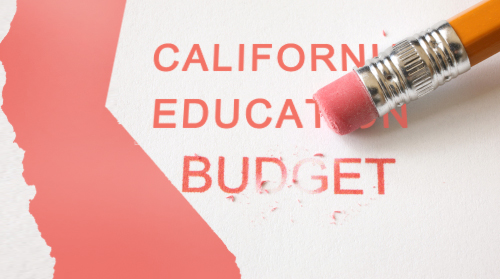 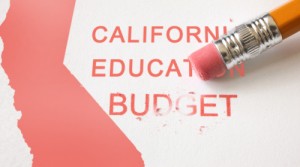 ARVIN, Calif. — The public high school in Arvin has one of the largest student bodies of any school in Kern County, its 2,400 students coming mostly from the small rural communities of Lamont, Weedpatch and Arvin, just south of Bakersfield in California’s central valley.  The students are predominantly from working class homes and are first or second generation Hispanics – the children and grandchildren of immigrant parents, many who labor in the agricultural fields that dominate the surrounding landscape.

Along with the high student enrollment comes a hefty caseload for Arvin High School’s guidance counselors, who’ve been stretched even more in recent years by a series of budget cuts — California’s K-12 education programs went from an all-time high of $56.6 billion in 2007-08 to $47.6 billion for the 2011-12 school year.

“A larger caseload means more parents to meet with, more students with more issues, and more paperwork,” says Mary Crider, a 9th grade counselor at Arvin High.  “There are so many students that need to make changes to their schedules.”

For students, this means having to wait to see their counselors, especially at critical times during the academic year.

“When the school year starts or when the second semester begins, we’re not allowed to see our counselors (without an appointment),” says Cynthia Gomez, 15, a sophomore at Arvin High.

This was especially problematic for Cynthia during her freshman year.

“I was placed in a class I didn’t want to be in,” she says.  “I tried to fix it and went through the process and filled out the form.”  It still took three weeks for Cynthia to get her class schedule changed.

In response to the budget shortfall, Crider and her colleagues in the counseling office have had to get creative in order to meet the high demand for their services.

One of their methods, says senior counselor Oscar Guevara, has been to implement a model pioneered by the American School Counselor Association (ASCA). “It is an intervention where we create a lot of (group) workshops — so that way we serve a greater amount of students in specific areas,” explains Guevara.

Within the Kern County High Schools specifically, guidance and counseling services were reduced by $2 million, from roughly $15 million in 2008-09 down to $13 million last year, according to research conducted by Education Data Partnership.

And the workload for counselors at Arvin High School would have been even worse had it not been for extra funding through the Quality Education Investment Act of 2006 (QEIA).

“Luckily, as a QEIA school, they (Arvin High School) are able to maintain lower counselor ratios than a school that doesn’t have extra funding,” says Melissa Donez, former assistant principal at Arvin High who recently transferred to Highland High School in Bakersfield.

Arvin High started receiving the additional funds in 2007, when it was awarded approximately $17 million to add counselors to work with the school’s high percentage of low-income, minority, and English learning students.

“Part of those funds were used to hire 3 more counselors, so we had 9 at the time,” recalls Guevara.  “I was able to sit and give my students at least 20 minutes to half an hour of counseling for two consecutive years.”

Today, nine counselors would feel like a luxury. Because of statewide budget cutbacks, the number of counselors at Arvin High currently sits at seven, so the counseling program has had to come up with new ways to help more students with less resources.

“This year I instituted something that was never done before,” says Crider.  “We sent out a letter to all the freshman parents to come in (for) parent meetings with me.  I’ve met with over 100 parents one-on-one, as well as with their (children), to plan out their 4 years.”

Another thing Crider has been using more often than in the past is email.

“When I went out into the freshman classrooms to do presentations, I told them to email me,” says Crider. “Every freshman has emailed me this year and I’ve emailed every one of them back.” She continues to receive emails from students on a daily basis.

Guevara is also learning to do more with less, supporting both the social and academic welfare of the students by using the ASCA model.

“In the beginning, we had workshops quarterly. But since the number of counselors have been reduced, we are only able to go into the classroom once every semester for the 11th and 12th graders,” says Guevara.  Now, he says, all the counselors work together and are involved with every grade level.

Arvin High counselors regularly stay at the school until 7pm just to meet with every single parent from their 9th grade caseload.

“We all help out, and this is the only way we are going to be able to achieve and continue to serve the students,” says Guevara.  “We might only get paid for 6 hours, which is our normal full days work.  The rest of it, we’re doing out of good conscience.”

Guevara’s role as a counselor has also broadened, as he finds himself more and more helping his students cope with non-academic challenges that have been created by the economic recession.

“Since the recession began, students worry about their parents and whether they have enough money to pay for rent or buy food,” says Guevara.

According to California Economic Development Department figures released in April of last year, roughly 42 percent of Arvin’s working-age residents are out of work.

And parents aren’t the only ones clamoring for jobs.

“I’ve seen a lot of 11th and 12th graders hold on to part time jobs, or work in fields in the summer,” says Guevara.

Despite the challenges, Arvin High School’s counselors are doing their best to shield their students from the impact of the recession, and budget cuts.

“Our system has changed and improved,” says Crider.  “While the recession is going on, we’re doing things that make us even better.”