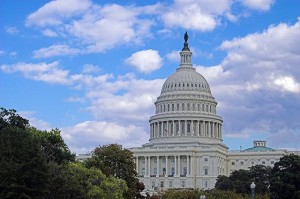 Federal Financial Aid for many college students stands on the brink of annihilation if the newly proposed Republican budget passes in Congress. If passed, the number of students receiving the widely popular and hefty Pell grant would be reduced by an estimated one million students.

As frustration between the haves and have-nots grows increasingly around the globe, students are becoming more involved than ever and voicing their opinion.

“If they cut my Pell Grant I won’t be able to afford my college expenses, and I will be forced to drop out of college,” said College of the Desert student Jose Martinez, 19, of Mecca.

According to the Department of Education’s website, “Pell Grant recipients have increased more than 50 percent since 2008.”

“It just doesn’t make sense, more and more students are going to college but they are making all these cuts to education,” says Crystal Juarez, 21, of Coachella.

As voted on and approved in Congress, beginning in July of 2012 the number of semesters that a student can receive the Pell Grant has been reduced from 18 to 12 semesters. Early numbers estimate that as many as 100,000 of the nine million Pell Grant recipients would no longer qualify for the funds.

“Classes are being cut which means it will take students like me longer (more semesters) to graduate, yet they’re reducing the number of semesters we can receive the Pell Grant,” said Chris Hernandez, 22, of Coachella. “I just don’t get our government.”

Student organizations such as the American Student Association of Community Colleges (ASACC) advocate and fight year round to keep the federal government from making further cuts to education. At their yearly conference in Washington DC last month, ASACC voted to make saving the Pell Grant program their number one priority.

“How are we suppose to be successful if they continue to take away all of the tools that we need to be successful?” said Oscar Castillo, 21, of Thermal. “I am the first to go college in my family, I want to set an example for my little brothers and sisters, but if these cuts are made I will be anything but that. I will be the opposite.”

If the proposed Republican Budget passed, cuts to Federal Financial Aid would force millions of college bound students to take out thousands of dollars in student loans to pay for their schooling.