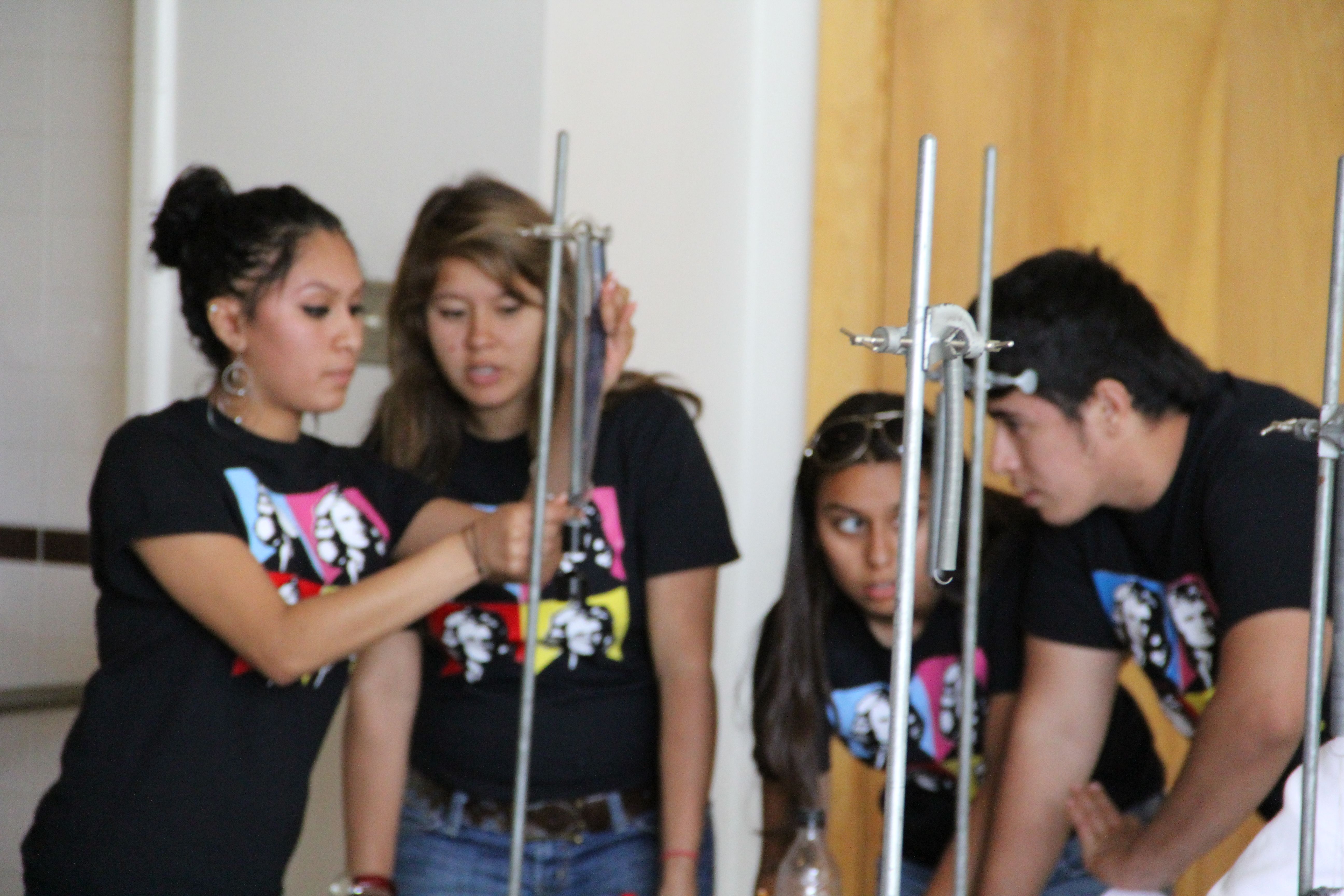 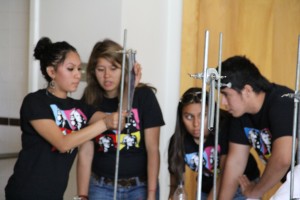 BAKERSFIELD– Students from Arvin High School and Golden Valley High School were among the 17 high schools in the Kern High School District (KHSD) to participate in the 24th Annual Physics Olympics at Bakersfield College on April 27.

Students were encouraged to participate in one of the following events: Pre Construction, Calculation, Fermi quiz and the straw tower. Each school had to use their mental muscle and skills to win. The competition showcases what they have learned at school and how good can they work in groups.

‘Construction’ was a popular choice among participants.

“The hardest event was the construction because students start to work on their structures too late or the glue does not dry before the day,” said Scott Demunnik, a physics and chemistry teacher at Arvin High School. “ Students had about two weeks to work on their events.”

The messiest event was the egg drop that was dropped from a tall building.

Brittany Williams and the rest of her team participated in the egg drop, where students designed and constructed a capsule from plastic straws, paper, wood and glue. That would resist and keep a large raw egg from breaking during a 50-foot fall.

Williams thought she had the other team beat.

“I thought it was going to be easy but when your there its more difficult than what you think,” said Williams. “Only if I (had) added a little bit more things it (the egg) would have survived.”

Before the whole event finished students met at the gym to see and support their fellow students, who competed in a Super Quiz with 24 physics-related questions.

The Super Quiz consisted of nine students, three per group and they had to answer eight questions each. Even though there were some technical glitches during round two. The Super Quiz went on to tie-round and Liberty High School got first place.

For many students it wasn’t about placing, but about working as a team.

“I had a good time even though I did not do win top place”, said Daisy Calderon, a student from Arvin high school.