Hanging Out With The Cowboys 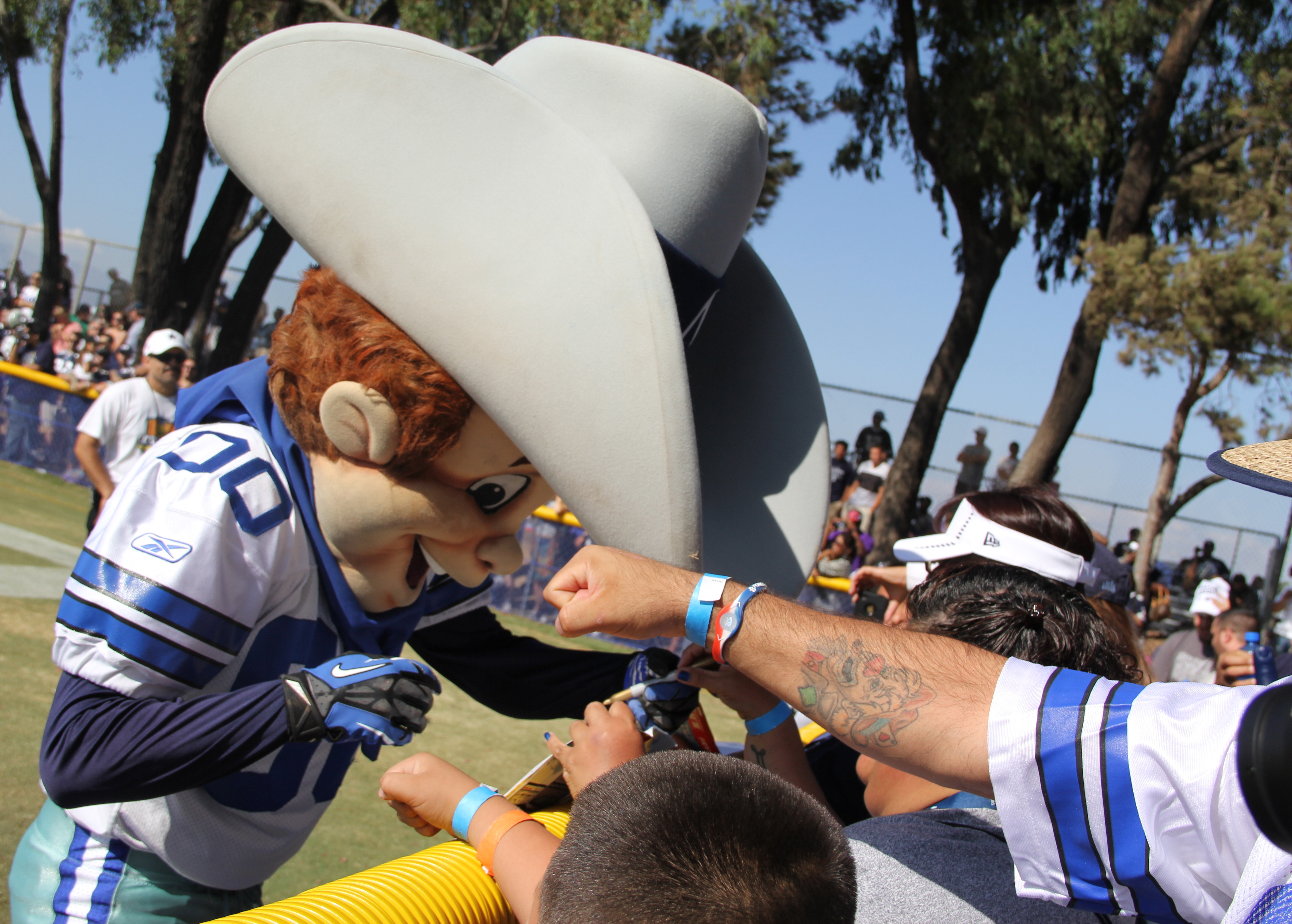 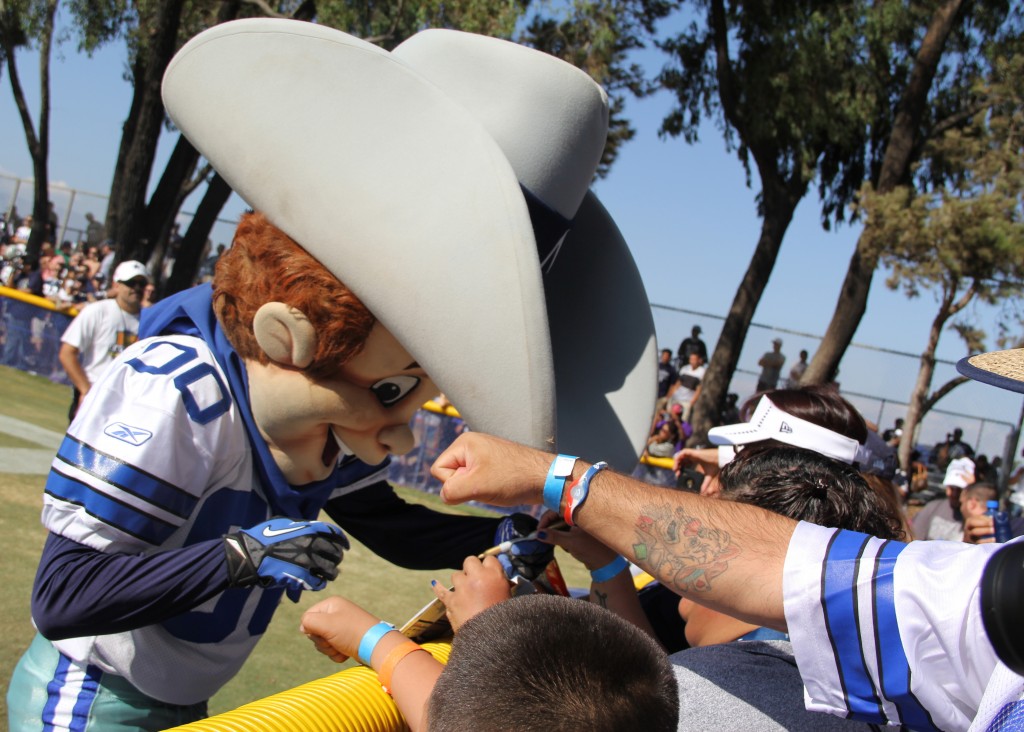 OXNARD– As a diehard fan living in Lamont, CA, it’s only been a dream to see the Dallas Cowboys in person.

Growing up I’ve been a fan since I can remember. My family is 100 percent fans also excluding one of my sisters.

For a couple years, the Cowboys have been coming to Oxnard for their training camp. My family and I never got the chance to go see them. This year we made sure we went!

Their training camp consisted morning practices for themselves and afternoon practices for the fans to watch from 2:30 p.m. to 5:30 p.m. They also have scrimmages against each other on Sundays at the same time.

We were told the parking lot would open at 11:30 a.m. yet we would need to get there earlier because the cars begin to line up before it opened.

At 8 a.m., we left town and got to Oxnard around 9:30 a.m. As we were getting closer to the fields, we didn’t think there would be many cars. When we got there we were hit with the reality that they really did. There were about 50 or more cars already lined up on the side of the road and they continued to get there.

A little bit before the parking lot opened, many fans began to get in line to enter the camp although it didn’t open till 12:30 p.m.

My sisters, one of their boyfriends and I went to get in line before it got too big.

Then some staff members began to give fans wrist bands identifying them as the ‘True Blue Fan Club.’

This allowed them to enter the field at 1:30 p.m .for front row seats including a 15-20 percent discount on merchandise for a year. The cost was only $20 per person.

My dad, my sister and I purchased the ‘True Blue Fan Club ‘to have the front row seat opportunity.

When the midway opened, people began running inside to get in line for the early entrance since it was first come first serve.

As I entered, I was amazed to see a world full of Dallas Cowboys.

My mom stayed in line for me as I began to walk around.

There were three retail stores, booths selling food, an auction booth of signed footballs, jerseys, a super bowl trophy, signups for the ’True Blue Fan Club’ Cowboys jumpers for kids, a tour bus as a backdrop for pictures, a stage with music and a wheel giveaway game.

At 1:30 p.m., the gates were finally opened for all us True Blue members to enter the field as the others sat on bleachers behind the fence.

When that time came, everyone began yelling and got really pumped. The cheering, laughs and roaring of the crowd was never ending the whole day!

After all players were out, they began to stretch as a team then they all split up in different groups all over the two football fields and began their practice.

I felt as if I was dreaming to see the players so close to me! Never did I imagine having them that close.

Once practice was over, most players walked out and very few stayed for autographs.

I saw Austin walking to a side gate giving autographs. Right away my sister and I literally ran to where he was with a football for him to sign.

Once he got to me I was so ecstatic!! His eyes were so gorgeous!

My dad then gave me my camera and I began to snap away like crazy not knowing if they were good shots.

After he walked away I was officially the happiest girl in the world.

We then went back to the rest of the family and left.

The next day for the scrimmage there were many more fans!

We got there at the same time but there were a whole lot more cars lined up then the previous day. There were also fans in line already.

The parking lot had to open earlier because the lines cars were piling up.

Again my sisters and I got in line as the line of fans was getting linger rapidly.

Before I knew it, the line was down the street, turning the corner and down that street.

When the midway opened, the place was full of people right away. It was unbelievable! Overall there were easily over 7,000 fans!

Watching the scrimmage was a whole lot more fun than the practice.

The crowd was a lot louder; there were a lot more laughs, cheering and spirit than Saturday.

It’s amazing to see how much support the Dallas Cowboys have not just miles away but also in a different state!

It was defiantly an amazing unforgettable experience we had at the Dallas Cowboys training camp. We will most defiantly continue to go every year.

My family and I will always back up the star! 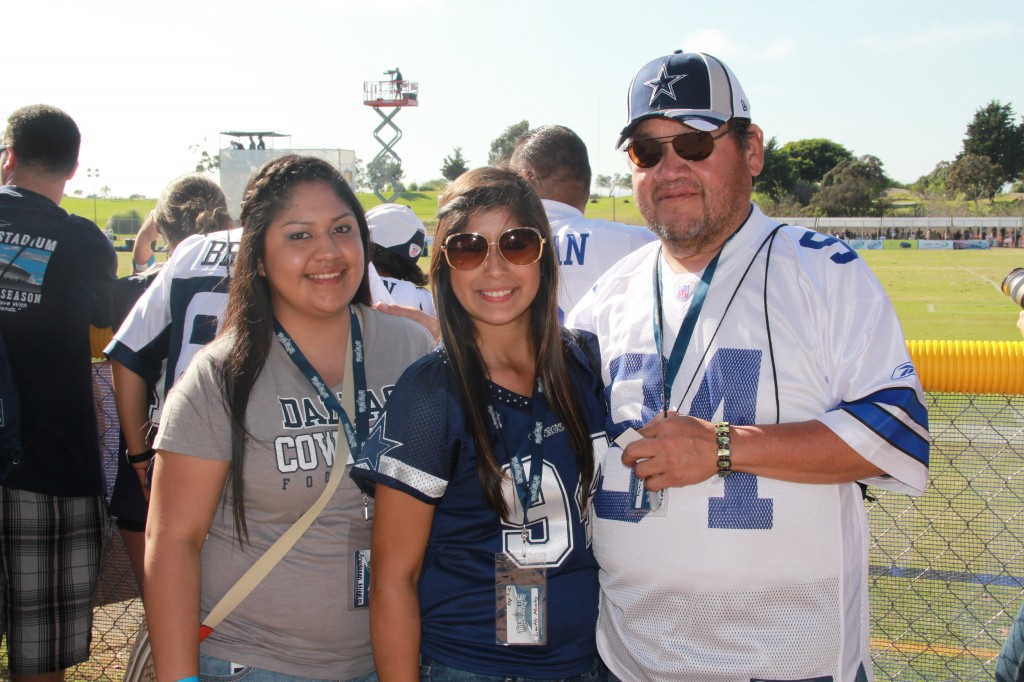