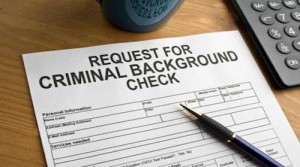 New America Media, Commentary, David Cunningham, Posted: Jun 20, 2013
Ed. Note: In June, youth advocates testified before a hearing of the Senate Public Safety Committee in Sacramento in support of AB 1006, which would require court and probation officers to inform youth offenders of how to seal their records upun turning 18. The bill is currently awaiting approval by the Senate Appropriations Committee. The author, David Cunningham, 23, is a youth contributor to New America Media (NAM) and a member of the California Council on Youth Relations, a NAM project that brings youth voices to policy discussions in the state capitol.

SAN FRANCISCO — Joy riding, staying out past curfew, drinking in public — to me it was all just harmless fun. But to civil society it was breaking the law, and I paid the price. After 13 months of serving time in juvenile hall, paying off restitution fees, and doing community service, I thought I was in the clear. I soon found out that wasn’t the case.

I was tired of dealing with the system. I was ready to change my life. I tried applying for part time jobs at Subway, Radio Shack, McDonalds, Jack in the Box, Century 21, and a few other places. But after 30 days of checking the “I have a criminal record” box on job applications, I still hadn’t been called back for any job interviews. I was ready to give up.

I realized that even though I’d legally paid my debt to society, my criminal record condemned me to a life of continuing to pay for the mistakes of my youth, over and over again.

And then a friend told me I could seal my juvenile criminal record. I barely believed him, because no probation officer or judge ever told me I could have a fresh start. I reached out to a community organization in San Francisco to see if he was right, and it turns out he was. A caseworker helped me submit my paperwork to get my records sealed.

Being given a clean slate felt great. I ended up landing a few jobs. I worked for the Department of Public Works and Brothers Against Guns, an organization that works to reduce violence. Having those jobs taught me the importance of taking advantage of good opportunities, and just cherishing what you have. I’m grateful to that case manager and to other community-based organizations that look out for kids in trouble.

But many youth aren’t lucky enough to find the support of local community-based organizations. And many more aren’t even aware of their rights or the services that are available to help them.

Young people coming out of juvenile detention into today’s job market need more than just a pat on the back and a friendly “good luck finding help.” Every youth should have the opportunity to go into a job interview feeling like they have a fair chance, like I eventually did.

When I found out that there is a state bill, AB 1006, that would require probation officers and courts to provide information to juvenile offenders about how to seal their criminal record, I went to Sacramento to show my support.

The California Senate Public Safety Committee is one of two key committees where all the crime bills are voted on. When state assembly member Mariko Yamada, the author of AB 1006, motioned for me to join her up at the podium, I went up and testified to the room full of people dressed in business attire why I believed young offenders should be informed about their right to start over with a clean slate by sealing their juvenile records.

I shared with them things I’d learned from my own personal experience: that feeling defeated, before you even apply for a job, is what can cause a person to go crazy. It’s enough for some youth to lose all hope of finding a job, and they will resort back to what they know best — a life of crime to pay the bills.

I was fortunate enough to have a support group and a mentor to guide me in the right direction. But we can’t assume that all of California’s youth will be helped by community organizations. We need probation officers in every county to give youthful offenders the information they need to seal their records so they can find work.

When I finished my testimony, I asked the politicians to vote in favor of AB 1006. Some seemed to not care — when I spoke, it seemed like they wanted to be somewhere else, and they voted “no” when the time came, without hesitation. Others, however, expressed some concern for the issue being raised, and ultimately the bill did receive enough “yes” votes to pass the Senate Public Safety Committee.

But state politicians still have two chances to vote the bill down, and I’m going to do whatever I can to make sure they know how important this issue is. Because sealing juvenile records not only means getting a fair shot at employment, it means giving young people like myself a chance at a new life.