Growing Up With Domestic Violence, and Learning to Live With the Scars 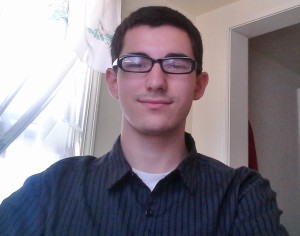 I’m going to relate a story from my past to you. But before I do, I have to ask a couple things from you, reader.

First, don’t pity me. I don’t want your pity.

And second, please learn something from my story.

I used to live the American Dream. You know the one I’m talking about. The picturesque scene everyone envisions in their mind: the big house with the big yard, complete with all the amenities that you might expect to find inside.

And of course there was my perfect family. Dad went to work every day to bring home the bacon. Mom stayed at home taking care of me and doing general housework. As for myself, I attended private school and impressed my teachers on a fairly regular basis.

But as it would turn out, my American Dream was just that. A dream. A fake. A phony. A lie.

The first four to five years of my life seemed relatively stable. But in the background of those memories I hold onto so fondly rests the hidden evil predicated by my father.

Because I was young, I was usually unable to understand what went on between my parents. I remember how I would be in my room with the door shut. I would hear the beginnings of an argument followed by a loud noise (usually a ‘slam’ or a ‘smash’) and then my mother would stop fighting and start crying.

But like I said earlier, I was young, and the memories I have of moments such as those during the first five years of my life are blurry at best.

It wasn’t until I turned six that I began to see my life disintegrate around me. The unrest in my home grew by the day, like a virus intent on destroying its victim.

Sitting in my room when my parents fought, I would turn the TV up to a high volume or sometimes hum a tune to myself in the corner to try and block out the rage of my father and the cries of my mother.

Once, I got up enough courage to venture outside of my room during a fight. The results were less than desirable. I saw him standing over her with a fist in the air, ready to dole out the punishment he felt she so rightfully deserved. I stood there, teary eyed, watching. With every fiber of my being, I wished that the scene unfolding before me wasn’t real. But it was. My mind could only muster a single sentence, which I screamed.

Have you ever made a mistake so terrible that every time you look back on it you feel sick to your stomach? Well, for me, this was one of those moments.

I could’ve said, “Dad, don’t hit her,” but instead I added “in the face” to the end of that sentence. For a long time, I thought about why I would say something like that, and the only answer I have been able to come up with after ten or so years of thought is selfishness.

Some part of my young mind thought that I could save my family. It was obvious my father wasn’t going to stop. His gritted teeth and crazed eyes told me that. So I thought that as long as the beating wasn’t too terrible then my mother would recover, and all would be well.

But I was too naive to recognize that mental damage can be more crippling than any physical damage. Oh no, I learned that lesson at the wise old age of eight, a year after I’d been a witness –no… an accomplice — to one of my mother’s many beatings.

It’s been close to ten years since the last time my whole family was together.  What happened during those final few months would shape my life, and that of both my parents, for years to come.

It seemed that every day revealed a new long-kept secret to me. With each day I learned more and more, and the more I learned, the more I came to fear my father rather than love him as I once did.

I learned he was a crook. A few individuals who fell victim to my father’s predation have come to calling him “Bernie Madoff II.” He created fake companies that produced fake products, and stole money from many unaware investors. It was the money he stole that put me in my big house, and sent me to school, and fed me. Discovering the extent of my father’s abuse toward my mother was frightening, but this was something else.

Some of these people had invested upwards of $10-$20,000 in my father’s ventures — and wasn’t I an accomplice in this crime, just as I was with my father’s abuse? I got the best education while couples victimized by my father worried about their retirement. Even after I learned of his trickery, I lived on like nothing had changed, because my father cheating others out of their money seemed without consequence for me.

During my final few years with my father I came to realize the meaning of fear. He thrived on this fear because it gave him control.

I remember once he cut his own face so that he could say my mother scratched him. He did it right in front of me. I thought, “If this man were willing to commit self-mutilation just to make mom look bad, what else is he willing to do?”

I remember once I heard him curse under his breath. I told my mother, and she berated him. He responded by pinning my neck to a car with both hands and saying, “Don’t you ever lie about me again!”

These events and others led to a chain of events that changed our lives: my father eventually kidnapping me, his subsequent arrest, my mother and I losing our home and nearly everything else we owned, and mental scarring that still manifests today.

For years after, I suffered the effects of living in fear. I was a certified Post Traumatic Stress Disorder (PTSD) case. I hid myself from the world, afraid that I would be hurt again.

I’ve chosen to share my story as a testament to the effects of domestic violence. It is a game changer — let no one tell you otherwise. But time moves on, and I’ve come to understand that one cannot linger in the past. I wouldn’t be who I am today if my father wasn’t the man he was, and I’m not sure if that’s a good thing or a bad thing.  All I know for sure is that my path changed because of my father’s actions. This may not be the life I want right now, but it’s the only one I’ve got, and I’m going to make the most of it.

Tags: Growing up with domestic violence