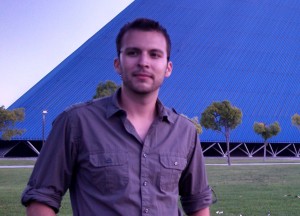 ARVIN, Calif. – Although the number of college students in the U.S. pursuing degrees in the fields of science, technology, engineering and mathematics (STEM) has steadily increased over the last decade or more, the U.S. still lags far behind other industrialized nations when it comes to the number of students leaving college with a STEM degree. And for students from low-income communities that are not being well prepared in high school, self-doubt can often derail dreams of becoming a scientist, a doctor, or an engineer.

A recent study conducted by Todd and Ralph Stinebrickner, which surveyed college students from low-income backgrounds, found that low-income students may be unaware of what to expect in college, since they are less likely to have college-educated parents and are often not being well prepared in high school. The study shows that 2 out of 10 students who enter college plan on majoring in a STEM field, but only half of those actually end up majoring in it. The study also determined that students frequently become discouraged from continuing their STEM courses if they don’t initially perform well in those classes.

However, in the near future, students in California could be better prepared to pursue STEM degrees with the recent adoption of the Common Core State Standards (CCSS), a major education reform initiative, recently adopted by the California Department of Education to better prepare students for both college and the workforce. The CCSS will place less emphasis on the traditional standardized testing teaching methods, and will focus more on engaging students to encourage them to figure things out themselves through the use of technology.

“[Students] aren’t drawn to math and science because most math and science teachers aren’t able to connect in a way that makes these fields enticing. They are too busy preparing students for standardized testing that they don’t take a moment to pass along the joy of math and science that was passed along to us by our own teachers,” says Matthew Regpala, a math teacher at Arvin High School.

Edgardo Guzman, an Arvin High School graduate and current Aerospace Engineering student at California State University, Long Beach, is one of those students who is beating the odds.

“Although I have had many personal struggles throughout my college career, I never compared myself to anyone in my classes because I know what type of background I come from,” said Guzman when speaking about his college experience.

Guzman grew up in Lamont. Despite his family’s working class status and limited resources, both of Guzman’s parents worked at Grimmway Farms, his parents always found the time to encourage a passion for learning. As a child, Guzman had a strong interest in space and his interest was supported by his parents’ willingness to nurture his curiosity by taking him to the library after their long work hours.

While in high school, Guzman’s interest in the STEM field increased, particularly thanks to the teachings of Regpala. “[Mr. Regpala] always made it seem like math was easy, even though it looked hard,” said Guzman. Guzman believes that Regpala’s positive attitude influenced him to work hard and because of his hard work, Guzman was admitted to California Polytechnic State University, San Luis Obispo. However, due to his family’s economic hardships, Guzman chose to attend Bakersfield College instead.

While at Bakersfield College, most of Guzman’s classmates came from similar economic backgrounds. However, after transferring, Guzman realized that most of his classmates had parents who were highly educated or already engineers themselves. His classmates had the added advantage of early STEM exposure, which translated to better scholastic performances.

“Unlike my classmates, I had to get loans and a job in order to support myself,” added Guzman.

Despite the apparent socio-economic differences, Guzman was still able to successfully compete against these students. Just recently, Guzman was able to compete in a competition sponsored by the National Aeronautics and Space Administration (NASA) in Cocoa Beach, Florida where he and his group, the only group from the West Coast, was able to present their manned mission to Mars. Although his team did not win, his positive attitude has both allowed him to feel proud of his accomplishments and encouraged him to pursue a graduate engineering degree.

Carlos Alvarez, also an Arvin High School graduate and current Mechanical Engineering student at California State University, Fresno, believes that his strong desire has been the key to his success. Alvarez was inspired to pursue engineering after watching a television show interview that involved three Hispanic engineers that made engineering look like a possibility for someone like him.

“Academically, I was at a big disadvantage because I was getting into a career that relied on a deep understanding of mathematics. In order for me to advance in my career, I had to take more time to catch up on the fundamentals, more specifically, math. Thankfully starting at the bottom gave me the opportunity to get a much better understanding of math, and that has made all the difference,” said Alvarez.

Seven years later, Alvarez is still pursuing his degree and although it has been a tough road. “The important thing is to learn how to get back up and keep going,” Alvarez added.

Regpala, Guzman, and Alvarez all agree that teachers need to focus on making the STEM field interesting again, but most importantly teachers need to help students have positive feelings about math and sciences.

“I try to make math both fun and interesting. I like to give students challenges that show them that they have the ability to excel at higher levels. Also, a well-timed discussion on how a certain topic is used in the real world or how it came about historically really goes a long way in giving the students a hook,” said Ragpala.

“The U.S. can’t tolerate a situation in which its students enter college with real enthusiasm for science, only to discover they aren’t up to it,” wrote Cass R. Sunstein, professor at Harvard Law School, who examined the Stinebrickner’s study.