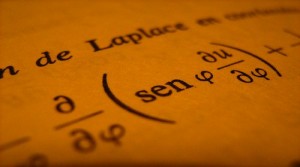 Ed. Note: When it comes to math, English Learner (EL) students – the fastest growing segment of public school students – continue to fall near the bottom in state and national assessments. According to the 2013 National Assessment of Educational Progress (NAEP), in California only 8 percent of fourth-graders and 3 percent of eight-grade EL students tested proficient. But for some immigrant students, who struggle to adjust to a new language and culture, math can be the great equalizer. Many discover a fluency in numbers made possible in large part thanks to exposure in their home countries, where math instruction often outpaces levels in U.S. classrooms.

Math is Harder in Mexico

Coming to the United States at the age of 13 was without doubt a difficult experience. Being at school and not understanding anything beyond “Hi”, “Bye” and “What is your name?” was very frustrating, especially because I cherished academics.

But there was always one class where I did not feel inferior to other students, and in fact felt as or more competent than them: math.

The first math class I was placed into was extremely easy. I’d learned the entire curriculum already back in Mexico, where by first grade students are expected to memorize multiplication tables up to 12. That doesn’t happen here until third or fourth grade. By seventh grade, I was learning to do square roots without a calculator, something even college students here do not do.

I also couldn’t understand why it was that in U.S. schools there were different levels of math for students of the same grade level. In Mexico, students in the same grade are all expected to meet the same standard or they’re held back.

But the fact that math education in Mexico is more rigorous than here is usually overlooked by school administrators. I for one wasn’t tested to see what level of math I was to be placed in. It’s as if their expectations of my math proficiency was by default lower because I was an EL student.

While school officials might think that placing EL students in remedial math – because of our lack of fluency in English – is helping us get ahead, the reality is that for many of us – myself included – it becomes yet one more hurdle to overcome.

I remember passing by an algebra class at school, wishing I could have been placed there. I imagined how much more engaging the class was compared to the math course I was placed in, and began to think about how I was seen as somehow less intelligent by the school because I could not speak English.

Math is as critical now as it has ever been to success in school and beyond, for all students, English learners included. That we’re not fluent in the language does not mean that we should be held to mediocre expectations.

Nancy Lopez lives in Bakersfield. She recently graduated from California State University Fresno and is a reporter for South Kern Sol.

The One Class Where ‘I Felt Like I Fit’

I grew up in a small town close to Culiacan, in the state of Sinaloa, Mexico. I attended a modest school named after the first indigenous president of Mexico, Benito Juarez. I was considered a bright child, and was always in the top percent of my class. I was receiving scholarships and awards even before middle school.

My favorite subject then was history, thanks to my grandfather, who shared stories with me about the Mexican revolution, and revolutionary heroes like Emiliano Zapata and ‘Pancho’ Villa. My worst class was math, but that would soon change.

When I was 13 years old, my mother told my younger brother and I that we were going to move to el norte. And just like that, we left behind family, friends and everything else we knew to create a new life here in ‘Califas, the land of the opportunity.’

We settled in Taft, a small city near Bakersfield. It was hard adapting, especially to school. I remember school administrators wanted to hold me back a grade because I didn’t speak the language. My mom pushed back and thankfully won the day on that.

But still, I felt lost and confused those first weeks. I hated English class, and quickly lost interest in history. Surprisingly, math became one of the easiest subjects for me. And I soon grew to enjoy it. It was one of the few classes – aside from PE – where I actually felt like I fit in because I knew what I was doing.

By my sophomore year in high school math had become my strongest area, though I still struggled with English. I remember taking the California High School Exit Exam (CAHSEE), worrying that if I didn’t pass I’d not be able to graduate. When the results came in, I discovered that I’d passed the math section on my first try. I didn’t do as well in English, though I did manage to pass the test the following year.

And while at the end of the day I decided that math, as a career path, just wasn’t for me, for those first years here it was a major confidence builder that helped me excel in school despite the frustrations with language. I’m now a senior at California State University Bakersfield and am majoring in communications with a minor in Latin American Studies. I guess I never really lost interest in my grandpa’s stories about La Revolucion Mexicana and its heroes.

Daniel Jimenez lives in Taft, Calif., and is a Senior at CSU, Bakersfield majoring in Communications. He also works as a reporter for South Kern Sol.