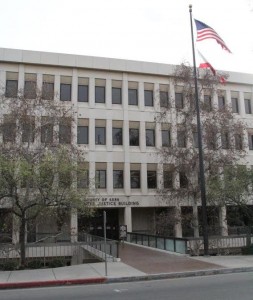 ICE officials will now only arrest undocumented immigrants at the courthouse in “exigent” circumstances, according to Thomas Homan,Executive Associate Director of ICE Enforcement and Removal Operations.

The decision puts an end to deportations that are put into motion after an immigrant appears at the courthouse to pay fines, attend a court hearings, or get married.

“These arrests have impeded residents from complying with the law and accessing essential court services, and deterred them from doing so in the future,” wrote ACLU attorney Michael Kauffman, in a letter written to ICE on Oct. 17.

Obeying the law is important to Gema Perez, 48, a mother of a Deferred Action for Childhood Arrivals (DACA) recipient, who said it saddened her that people could be arrested for “just trying to be in good terms with the law.”

Sergio Villatoro, one of the detained immigrants cited by Kauffman in the letter to ICE, was at the courthouse waiting to pay a traffic ticket for driving without a license when ICE agents entered the building, blocked the exits told the five other Latino individuals who were there that they were being arrested for being the country illegally.

In October, South Kern Sol reported the case of a young woman who was deported after trying to pay a ticket for a ‘broken’ taillight.

Kern County resident Jesus Perez was also deported after appearing at the courthouse, leaving behind his 22-year-old daughter, Blanca Perez. Perez said she was happy about ICE’s decision to halt arrests at the courthouse.

“I think it’s great news, it allows people to come out of the shadows and it will allow people to exercise their rights. Now people can speak up,” says Perez.

One South Kern resident said he considers the ICE announcement a victory.

“It is a great triumph for the immigrant community of Kern County who has been experiencing harassment and wrongful arrests of innocent people by ICE,” says Daniel Jimenez, 22.