Q&A: A Clippers Season Ticket Holder Weighs in on Sterling 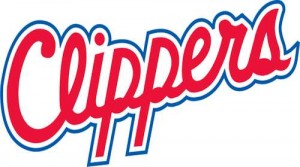 Ed. Note: On Tuesday, National Basketball Association Commissioner Adam Silver announced that Los Angeles Clippers owner Donald Sterling would be banned for life from the association and fined $2.5 million for racist comments he made toward African Americans. Silver also told media that the NBA would do everything in its power to force Sterling to sell the Clippers franchise. A ¾ majority vote by NBA owners would be needed to force Sterling to sell.

What’s your reaction to the news that Sterling will be banned for life from the NBA and fined $2.5 million?

I think it’s great. I’m actually shocked they went that far, though I would have liked the fine to be higher than $2.5 million dollars. But clearly the NBA sent a very strong message that it does not tolerate racism of any kind.

As a Clippers season ticket holder, what was your immediate reaction when you first heard about Sterling’s remarks?

Well my first reaction was shock [but] afterward I wasn’t surprised, based on his past. I know the money that I pay for my tickets goes into his pockets, [so] it kind of made me think that I was part of the problem. I was very upset.

The Clippers are in the midst of a playoff run. Did Sterling’s words change the way you feel about supporting the team?

I’m still upset, still conflicted. I haven’t decided if I am going to go to the game today. But by not attending the game what purpose is that going to serve? I don’t root for the Clippers because of the owner — I support the players. I like the drive that they have.

What is the buzz you’ve been hearing from other Clippers fans?

We have a few friends with seats in the same section – teachers, lawyers, police officers – and we are all very upset. I have not met one Clippers fan that is happy with the situation.

As a fan, do you see Sterling’s views as an aberration? Or does he represent something more deeply ingrained in professional sporting culture?

Sporting events create a slave owner mentality because most of the owners [in the NBA] are white owners. You have some that are black, but they are minority owners. It puts the issue of race in the forefront [and] now there will be less apathy. Now fans have heard it, the players have heard it, and consciousness around it is rising.

Reyna Olaguez is the editor of South Kern Sol, a project of New America Media.