Starting a National Conversation About Boys and Men of Color 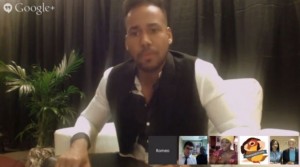 Last February, President Obama announced “My Brother’s Keeper,” an initiative to foster collaboration between private businesses, non-profits and local governments to support young men of color. It was in the wake of Trayvon Martin’s death two years earlier, that the President had ordered his staff to develop an initiative that would address the major issues impacting black and brown young men in the U.S., including education disparities, high incarceration rates, and unemployment. It was a monumental moment for President Obama, who for much of his two terms has avoided making race a centerpiece of his political agenda.

The My Brother’s Keeper initiative was the topic of a live online forum that took place on June 6, moderated by Dr. Robert Ross, CEO of The California Endowment, a private health foundation that hosted the online discussion. Dr. Ross was joined on the forum by Heather Foster, Public Engagement Advisor to the President, and by popular entertainers India Arie, Wilmer Valderrama, and Romeo Santos.

The one-hour conversation covered a variety of topics and presented current data that paints a picture of the challenges facing young men of color. For example, one-third of African American men will be imprisoned in their lifetime; Latino young men are four times more likely to suffer from post traumatic stress disorder than white young men; and approximately one-third of young men from Southeast Asian refugee communities will not finish high school.