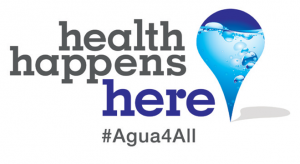 LAMONT, Calif. – In late July The California Endowment announced that this fall, hundreds of Agua4all water stations will be installed throughout schools and public spaces in South Kern and the Eastern Coachella valley. The Agua4all initiative is also a partner in the First Lady’s Drink Up! campaign and only part of a wider effort in South Kern to address unsafe drinking water, namely water with high levels of arsenic.

“No matter who you are or where you live, you should be able to drink a glass of water in your school or neighborhood,” stated Annalisa Robles, Program Manager for The California Endowment in a press release. “Sadly, this isn’t the reality for more than a million Californians, whose water isn’t safe to drink. Californians living in high-poverty areas are most affected—those who can least afford the extra expense. This isn’t right. It’s not healthy for kids, it’s not good for their learning, and it’s not what we Americans believe should happen.”

The Drink Up initiative is a one-year pilot program that will install hydration stations and water fountains in Arvin Union School District, Lamont School District, Vineland School District. The program will eventually expand to include public spaces, such as parks. According to the press release, the water dispensers are to be used to refill reusable water bottles, which the initiative will also distribute, so that “millions of Californians, who were without free, clean drinking water throughout their day can drink up!”

Juan Moran, a resident of Lamont who sends his child to Vineland School with an iced bottle of water, says he feels relieved that the water stations will be installed soon.

“One bottle of water may not be enough for my child. The school is very old, and the tap water is not clean and comes out very hot. The school also has water vending machines, but children often don’t take money to buy the water.”

Schools in South Kern have long attempted to encourage water-drinking. At a presentation in Lamont this past March, officials from Arvin and Vineland school districts, together with other water advocacy groups, gathered at a presentation organized by Water First!, a partnerships that aims to “increase the intake of water instead of sweetened sugar beverages.” At the gathering, Vineland School District Superintendent Dr. Mathew Ross addressed some of the obstacles to promoting water consumption among students.

“We want to make kids see water as an appealing beverage,” said Ross.

One hurdle to promote water use is aesthetic: for many, drinking fountains seem nasty and undrinkable.

“That consists of making water appealing and like a quality drink,” said Ross. “Kids are customers too, and if they see an appealing water dispenser, they’ll be more likely to see it as a high quality beverage and get used to thinking of it that way instead of just water.”

Another Lamont resident, Ruby Álvarez, a 23 year-old mother of one who promotes water use in her home.

“I have a daughter and I like her to have clean water. I get the five gallon bottles and small bottles for my daughter,” said Álvarez.

She favors water for reasons of health.

“My family history — my mom my grandma, grandpa, they had diabetes, so we’re prone to it,” said Álvarez. “Ever since [my daughter] was small I’d give her water for lunch, for dinner and if she wants juice I’ll tell her to drink water first, and she forgets she wanted juice or drinks less of it by the time she finishes the water.

But not all families have that luxury. “There are people who can’t afford to buy water bottles,” she said.

However, the initiative needs to expand beyond the school districts because of the poor water quality in South Kern as a whole, according to Robles.

“We needed to factor out the arsenic in the water which is high in South Kern and can cause a myriad of health problems,” said Robles in an email statement. “This is a big issue and providing safe drinking water should not be on the backs of schools.”

Rolando Marquéz, the water systems supervisor for Lamont Public Utility, addressed some of the concerns regarding water quality in his district.

“Right now the only issue we have is arsenic in one of our well sites,” said Marqués. “The state limit for arsenic is a ratio of 10 parts per million, and we’re just a little bit over that.”

At March’s Water First! event, it was found that Water in Lamont’s Well 12 had arsenic levels ranging from 11 to 12 parts per million. Marquéz emphasized that Kern has been at work to ensure safe drinking water for years.

“We’re building a new well and we’re using it to dilute existing wells,” said Marquéz. “Construction has been going on for a few years, and we’ve begun drilling this year.”