Echoes of Ferguson for Latino Communities In California 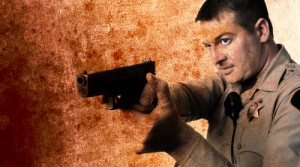 As the shooting death of an unarmed black teenager in Ferguson, Mo. has catapulted police brutality against African Americans into the national spotlight, civil rights groups say similar cases of police abuse against Latinos in California are on the rise.

The American Civil Liberties Union of Northern California is tracking possible cases of police abuse in parts of the state where there isn’t the same concentration of civil rights advocates as in urban areas, says ACLU attorney Micaela Davis, noting cases the group is tracking in Fresno, Sonoma and Monterey counties.

In Salinas in Monterey County, four Latino men have been killed this year by police officers in a span of four months.

“[That’s] quite striking,” she said. “The fact that members of the community [there are] facing an onslaught of officer-related killings in that short of a time raises alarms.”

Last year, the shooting death by a Sheriff’s deputy of 13-year-old Andy Lopez in Santa Rosa, a predominantly Latino community in Sonoma County, sparked days of protests. Andy was carrying a pellet gun that resembled an assault rifle. The officer, who fired the eight rounds that killed the boy, was not charged.

“[The Lopez case] further eroded already strained relations between the Latino community and law enforcement,” Davis said. “There was a striking activism that grew out of that incident.”

Last week, a coalition of 37 leading Latino organizations across the country voiced solidarity with the family of Michael Brown, the unarmed 18 year old who was shot by a white police officer on Aug. 9.

Jose Calderon, president of the Hispanic Federation, a member of the coalition, says Latinos are also impacted by police violence.

“We continue to be disproportionately impacted by police brutality and action,” he said. “The same people there to protect us are in some cases unfortunately doing the opposite. That’s an ongoing issue of concern for us.”

African Americans disproportionately experience arrest-related deaths compared to their white counterparts, according to data from the U.S. Justice Department.

Between 2003-2009, the U.S. Justice Department reported that 4,813 people died while in the process of arrest of in police custody. The data show that African Americans disproportionately experience arrest-related deaths compared to their white counterparts, but it’s harder to track if Latinos are disproportionately affected, because the data on all arrests comes from the FBI, which doesn’t track “ethnicity.”

Calderon says tensions between police and black and Latino communities are exacerbated by poverty, growing income inequality and lack of access to good jobs, including those in law enforcement.

“How is it possible [to have a] predominantly African American community [as is the case in Ferguson] policed by a police force that is 95 percent white?” Calderon asked, noting that in Ferguson the imbalance led law enforcement to be perceived as “protecting a status quo inherently working against [the community’s] interests.”

The actions of Ferguson police officer Darren Wilson, who shot Brown, and the whole department –criticized for excessively punitive and militaristic response to community protests after the teenager’s shooting-death – are under intense scrutiny. U.S. Attorney General Eric Holder arrived in Ferguson on Wednesday, as the Justice Department launches its own inquiry into possible civil rights violations. A grand jury is also expected to meet Wednesday to hear evidence in the case.

For residents of Bakersfield, Calif., a Central Valley city known for oil rigs and farms, the events in Ferguson are a replay of a brutal beating-death of a 33-year-old man at the hands of police.

Last May, David Sal Silva, a father of four, died while in police custody. Silva was beaten to death by seven Kern County Sheriff’s deputies and two California Highway Patrol officers. Intoxicated, Silva was reportedly unable to stand when police unleashed a canine on him and then took turns hitting him with clubs and kicking him. The beating was filmed by bystanders using their cells phones. A coroner’s report found Silva’s death was caused by hypertensive heart disease. The officers involved in the beating were not charged.

“I personally work with undocumented community,” she said. “We realize they are another segment of people affected by police overstepping boundaries. They are detaining people driving without a license. They are racially profiling.”

Lara says Silva’s death sparked community protests, and a year later there are local efforts to try to establish a civilian oversight committee for the police.

“With Ferguson, it has reactivated a lot of feelings,” Lara said. “What can we do in Kern County, so we don’t have another David Silva [death]…when someone died when they weren’t supposed to?”