What’s the Recipe for Latino Voter Participation in Kern County? 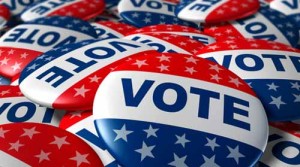 BAKERSFIELD, Calif. — Election season is fast approaching, and that means people across the country will be subject to an increasing number of television ads, fliers, speeches and visits from canvassers all imploring them to vote come November 2nd.  In south Kern County, a region long dominated by conservative politics inflected with nativist sentiments toward immigrants and minorities, the question among many community advocates has been how to get non-white voters – Latinos make up roughly half the countywide population, but are only about 31 percent of registered voters — to flex their electoral muscle.

In a quest to answer that question, Gerald Cantu, a professor of philosophy at Bakersfield College, conducted a study on high propensity voters in the region. His sample group was comprised of Latino voters in the 2012 primary from the 5th congressional district (including Bakersfield, Lamont and Arvin) and he analyzed their makeup through a number of rubrics: age, income, education level, primary language, knowledge of current events, media preferences, and so on. He hoped to discover what forms of outreach would be most effective in getting people out to the polls, based on their current likelihood to vote.

Cantu described “high propensity” voters as those who voted in four of the last five elections, including primaries. The percentage of high propensity voters in Kern County electorate, according to Cantu, is around 18 percent. Among Latino voters the number is higher – about 50 percent, said Cantu, are high propensity voters. That group, he added, tend to be more engaged with current events.

The study revealed one concrete strategy that registration drive volunteers and community organizers might try when they hit the streets en masse over the next six weeks leading up to the election.  National Voter Registration Day next Tuesday, September 23rd, marks the beginning of many voter registration activities across the country.

“What we found is that a two-pronged strategy needs to be implemented to get the vote out, and it involves campaigns allocating their resources in a way that maximizes turnout [with] these two different populations,” he explained. “High propensity voters won’t need more ground troops, canvassers, to go and explain to them how it is that an election might impact them directly, but low-propensity (voters) might.”

The study also contained some surprises in regard to what characteristics “make” a typical high-propensity Latino voter.

This, said Cantu, contradicts the usual characterization of politically engaged Latino voters as highly educated, at least as far as exclusively Spanish-speaking voters are concerned.

According to the study, English and Spanish-speaking Latino voters also differ in their perceptions of Latino politicians.

What then, will succeed in bringing more Latinos out to vote on a regular basis?

“What should change is culture,” said Cantu. “To get them (Latinos) to see themselves as a voter who influences every day issues through the vote, rather than just trying to get people out to vote for a specific election… Once you get a voter to vote once, you’re more likely to continue voting,” continued Cantu. “It becomes a shift in identity.”

Kern County ranked 53rd out of 58 California counties in eligible voter turnout, at 46.1 percent, in the 2012 general election.