Youth Commentary: Why I Hope California Votes Yes on Prop. 47 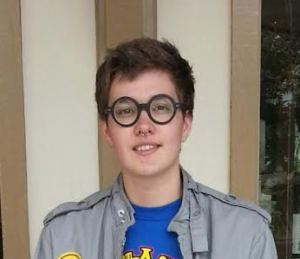 By Dean Welliver for South Kern Sol
Editors Note: On November 4 Californians will cast their votes on Proposition 47, a ballot measure to reclassify six non-violent felonies, including petty theft and drug possession, as misdemeanors. Proponents of the measure have been deploying thousands of volunteers across the state to talk with voters and encourage them to vote yes on Prop 47. South Kern Sol’s Dean Welliver recently joined the effort, and in this youth commentary, Welliver tells us what he thinks Proposition 47 could do for California.

This November, California voters will have the opportunity to vote for Proposition 47. The measure could be a first step in revolutionizing how California handles crime.

By reclassifying these crimes to less serious offenses, offenders will receive shortened sentences and people currently serving long sentences for such crimes could be freed early. The reduced incarceration is expected to produce $1.25 billion dollars in savings, which will be shifted into K-12 public education, mental health and drug treatment programs, and victim services.

As someone who believes in giving people second chances and addressing problems at the root of their causes, I believe that Proposition 47 could be a corner stone to handling crime in a more compassionate and effective way. Here is why I think that Proposition 47 is a good thing for California.

In our current system, we punish people who need help. According to the Human Impact Partners, the California Department of Corrections and Rehabilitation spent less than 6 percent of their $10 billion budget on mental health services even though one in four people incarcerated in state prisons have mental health issues. And four out of five prisoners that could benefit from substance abuse treatment, don’t receive it. Instead, they sit in a prison cell for years on end, leaving their underlying mental health and behavioral issues unresolved.

With Proposition 47, 65 percent of the $1.25 billion in savings will go to drug treatment and mental health programs, giving people the tools they need to address the root cause of their criminal behavior.

Lack of treatment isn’t the only path toward crime. Sometimes people who live in poverty turn to survival crimes such as stealing to make it to another day or provide for their family. Poverty in itself is a crime against the people, yet we criminalize and demonize low income folks for how they respond to being in that position. According to U.S. Census, there are 24 empty houses for every homeless person in America and yet we don’t provide shelter because it isn’t profitable. How is that not considered a crime, but someone stealing $10 to buy food is?

Evidence from the Human Impact Partners has shown that people who are able to find jobs after being released from prison have their chances of returning to prison cut in half. But without help, finding a job is almost impossible for prisoners coming home because they are forced to disclose their felony conviction on applications for jobs, housing, government assistance programs, and student loans. This double penalty creates even more barriers to financial stability, leading to more survival crimes.
By removing the double penalty of a felony conviction, Prop 47 could help stop this vicious cycle of poverty and crime.

It could also address California’s failure to invest in crime prevention. CalEndow Schools states that in California we spend $62,300 per year to send someone to prison, while we only spend $9,100 per public school student. Today, it is nearly impossible to be successful without an education. California does not invest enough in our young people’s futures, even though doing so could prevent crime.

Our issues with how we deal with mistakes, misbehavior, and crime sink way deeper than just how we deal with adults who commit crime. It’s also about how we deal with students who break rules. Rarely do students with behavioral issues get appropriate treatment such as seeing a school counselor and other methods designed to keep the student in school. Instead, they are often met with harsh punishments such as detentions, suspensions, and expulsions — punishments that make youth more likely to drop out, leaving them more vulnerable to poverty and survival crimes.

Proposition 47 will help address the “school to prison pipeline” by relocating 25 percent of the $1.25 billion dollars in savings into education.

It’s my personal belief that incarceration shouldn’t be used as a punishment at all. I don’t think punishment is the right response to people who make mistakes. I understand that society doesn’t have the necessary processes and programs to completely do away with the prison system but I think that we should start shifting the focus from locking people up to placing them in programs that help resolve their problems at the source.

Proposition 47 is not the end all solution to the problems outlined here but it acts as a first step in shifting the priority from punishment to treatment. I hope that California votes Yes on Proposition 47 and takes a more compassionate and effective approach to crime.