Children of Farmworkers Give Youth a Majority on Arvin Council 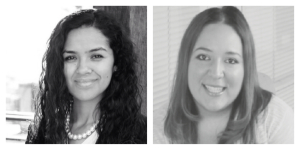 Editor’s Note: The Arvin City Council is about to become much younger. Two young women, Erika Madrigal, 28, and Jazmin Robles, 24, will be sworn in to the city council on December 16, and will be joining another young member, Jose Gurrola, 21, who was elected at age 19 in 2012. South Kern Sol spoke with the two new council members separately to learn more about them and about their priorities for Arvin. We combined their responses below.

Where do you work?

Madrigal: I work with the high school equivalency program, a federally funded program for seasonal and migrant workers. I’ve been there for year and a half now recruiting students.

Where did you grow up?

Madrigal: I actually came from Mexico in the year 2000 with my family. I was 12 or 13 years old. [In] Michoacan, there was a lot of unemployment and education wasn’t that great, so my mom and dad decided it was better to come here and pursue the American dream.

When I was in high school, I worked the grape season with my parents for a few years. It was nice to learn what my parents had to go through to give us a better life.

Robles: I grew up in Arvin. My parents are both from Mexico, and they both met here while working in the fields. My parents never took us to work in the fields like most parents in Arvin do.  My dad always said, “education comes first.” He would encourage us to take a summer class instead.

What made you run for a seat in Arvin’s City Council?

Madrigal: Running for city council happened at the last minute. There were several community members that approached me and told me, “We know you ran for school board and we know you’d be a good candidate for this position,” and I said, “No it’s not something I have on my mind right now.” But I thought, ‘When am I going to do it, when I am in my forties?’

Robles: About a year ago, three of my friends told me that three seats are opening up in Arvin’s city council a year from now and that I should run for one.

I didn’t imagine myself in the political world ever. I have always had this view of politicians being sneaky, shady and liars, so I always thought, ‘this is not me, this is not who I want to be.’ But someone had to change that.

For me, it was more about my desire to do well for my city and our youth. Working at the high school, I see a lot of kids who are not proud of where they are from. I feel that it might be because the city doesn’t offer them anything. I started to talk to them [about the city], and they started talking about programs they wish were available to them.

What are some of your priorities for Arvin?

Madrigal: I work with CSUB where we offer a GED program. I hope to bring that to Arvin so young adults and parents who want to continue their education can take classes, like ESL classes.

Also, there have been talks to bring in a satellite campus of Bakersfield College. A lot of students commute to CSUB or BC, and this would be a great resource for the community. I would like to see an Arvin where people don’t have the barrier of transportation to attend college.

Robles: Well, first I would bring resources to our youth. Arvin doesn’t offer recreational activities for them, so they have nowhere else to go but to the streets to walk around, to the McDonald’s parking lot, to the park.

I always remember when my little brother was in Little League, they were having practice at one of Arvin’s parks and several feet away there was a kid getting jumped into a gang. I couldn’t believe it. The only positive thing we had in Arvin was so close to gangs.

We don’t have a sense of community in the city of Arvin. We only see people coming together for the Christmas Day Parade, the Virgen de Guadalupe parade and the Mayflower Festival. We are one square mile within city limits and yet we are so very separated into our own world.

What does it mean for the City of Arvin, now that youth have the majority of the seats?

Madrigal: I’m really excited to work with Jose Gurrola and Jazmin Robles; I think that having each other’s support we can make great change in Arvin. We haven’t had the chance to talk about it and discuss the things we want to do but I’m looking forward to that conversation.

Robles: I think the city council has gotten used to just attending the meetings and voting yes or no, but there are currently no new ideas coming in. I think that younger people come in with a new perspective.