Children of the Drought 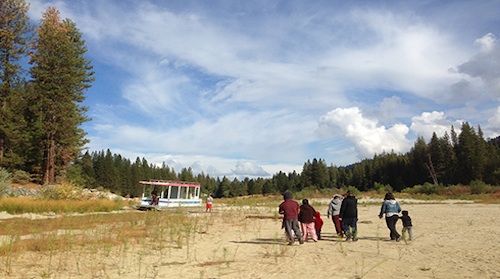 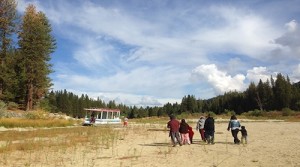 Ed. Note: Last summer we sent young reporters from New America Media’s youth-led community projects out on assignment to capture, in photographs, how the drought has affected their Central Valley communities. The photos they sent back were striking in a most unexpected way: they didn’t include any people. So we sent them out again, this time with the suggestion that they include people in their pictures. Yet even as those pictures rolled in, we came to see a deeper meaning in what young people were capturing with their lenses. For them, the drought was not so much about people but about the land itself. The truth is that while Californians have continued to more or less live their lives—washing their cars, taking showers, running through their sprinklers on a hot summer day—it is the land itself that, at least visually, has borne the brunt of the drought. While water continues to flow for most of us, the land, as these photographs testify, is hurting.

Like many people who grew up in the Central Valley, near Bakersfield, I have fond memories of our beloved Kern River. There is a bike path that runs parallel to the river, and on hot summer days, while walking or biking along the river, it was not uncommon to see whole families floating down the river on inner tubes. When I was in college, my friends and I would meet on the path several times a week to rollerblade.

One hot day, after a few miles of rollerblading, we decided to go in the river. We were unprepared, without a tube or a boat, but as luck would have it we discovered a seemingly abandoned boat on the riverbank. We looked around to see if it belonged to anyone, but there was no one around, so we decided we would take the boat and return it when we were done. We pushed the boat into the water and let the river’s flow take us. We talked about life and laughed, the trees arching over the river occasionally brushed us with their branches. Today, that water is no longer there. The once lush green trees are dying. Families no longer cool off in the river. Only the memories remain.

When this part of the lake dried up, it left the boat on sand and brush. Bass Lake, Fresno. Photograph by Faith Her, 13.

“Due to the drought we have refrained from watering our lawn as an attempt to save water.”— Luis Figueroa and his children, Taft. Photograph by Daniel Jimenez, 21.

“My mom and dad talk about the drought. They worry about it a lot. Sometimes I worry that if it gets worse we’ll run out of water and die.”—Stephanie Gurtel, 12, whose parents work as seasonal manual laborers in Merced. Photograph by Alyssa Castro, 21.

“I remember going swimming more last summer. I haven’t been swimming as much as I wanted to this summer because there’s not enough water. If you have a pool and you want to swim, you have to have water inside the pool.”—Haidyn Reyes, 7. Photograph by Alyssa Castro, 21.

“My brothers and I used to go fishing for crabs in this canal. Now it is completely dry.”—Lizbeth Vazquez, 17, Merced. Photograph by Alyssa Castro, 21.

This project was made possible in part by a grant from the Mize Family Foundation for environmental reporting by youth. It previousley appeared in Boom: A Journal of California.