“Suffering in the dark” 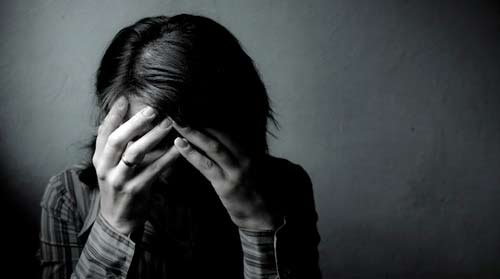 What is my purpose here? Why am I wasting space and resources? I’ve lived with these thoughts of worthlessness for most parts of my life. My self-image issues contrast with moments of brilliance and relief. It is a cycle that I had learned to live with. Then while attending UCSB I sought out help. I began taking anti-depressants and finally saw life a bit different. It wasn’t until I moved back to Bakersfield that I learned living life in the valley could be nearly impossible.

When I moved back to Bakersfield I had been off antidepressants for over 6 months. It wasn’t such a big deal, considering I hadn’t been taking them on a daily basis. But then the cycles began to spring up again. After a few weeks I started calling doctors in town to ask if they could transfer my prescription. After over 10 calls, I realized I was hearing the same thing over and over: “We do not prescribe those drugs here.” One doctor even went as far as sending me a link to a site that discussed antidepressant abuse in America. I was confused and began to wonder if I was wrong for asking for help. I ceased my attempts at getting the proper treatment and resorted to alcohol.

The feelings of worthlessness only got worse and suicidal thoughts began to surface. I slowly withdrew from society and began alienating friends and family.

Sometimes I talked to friends and family and worked on several projects to try to stop the thoughts, but it wasn’t working. Staying within the constraints of my 4-walled living space was, I thought, the best place for me. I felt that speaking about my situation only alienated people, as I believed they saw me as lost and confused. It was a Catch-22. Talking to doctors felt like I was asking them for another drink. Talk to friends? Get ready to break off relationships.

Fast-forward a few months: I joined an online support group in which I posted the following:

“I need a drink to keep myself from blowing my brains out. I hate this city.”

As counter intuitive as it may sound, a board member asked if I wanted to talk and if not…go have a drink! I felt offended. As if someone had just called me an alcoholic. Then, after a few minutes of thought I was dumbfounded. I felt like they actually saw value in my existence, even if it meant being a drunk! Needless to say, I didn’t drink that night due to my own negative feelings on people who drink their problems away. Billions of new thoughts ran through my mind and couldn’t get myself to sleep that night.

I realized that the stigma of depression is endemic in the Central Valley. I feel that if something works for you and not for someone else…that’s okay! Nobody wants to talk about these feelings to avoid being seen as weird or mentally unstable, or worse, a drunk.

I began to see things a bit differently that night. I had enough.

I have yet to seek help from a psychiatrist. I am slowly learning to deal with my problems by openly discussing my issues with friends and family, even if I cause anger or push people away. What people don’t realize is that living with depression for the past few years has taken its toll on me, and nobody should have to go through that. It took tremendous amount of willpower to overcome my worries of what people may think of me. It also took countless hours exercising in order to stop feeling like a malignant tumor.

Before you judge someone who is taking anti-depressants, remember that this problem is much more common than you may think. According to the National Institute of Mental Health (NIH) about 11% of American teens are depressed. So before you tell someone with mental health issues to grow up or insult them by saying they have no willpower, think carefully. Look in the mirror and ask yourself if you are being supportive and understanding of your peers whom may be suffering in the dark.