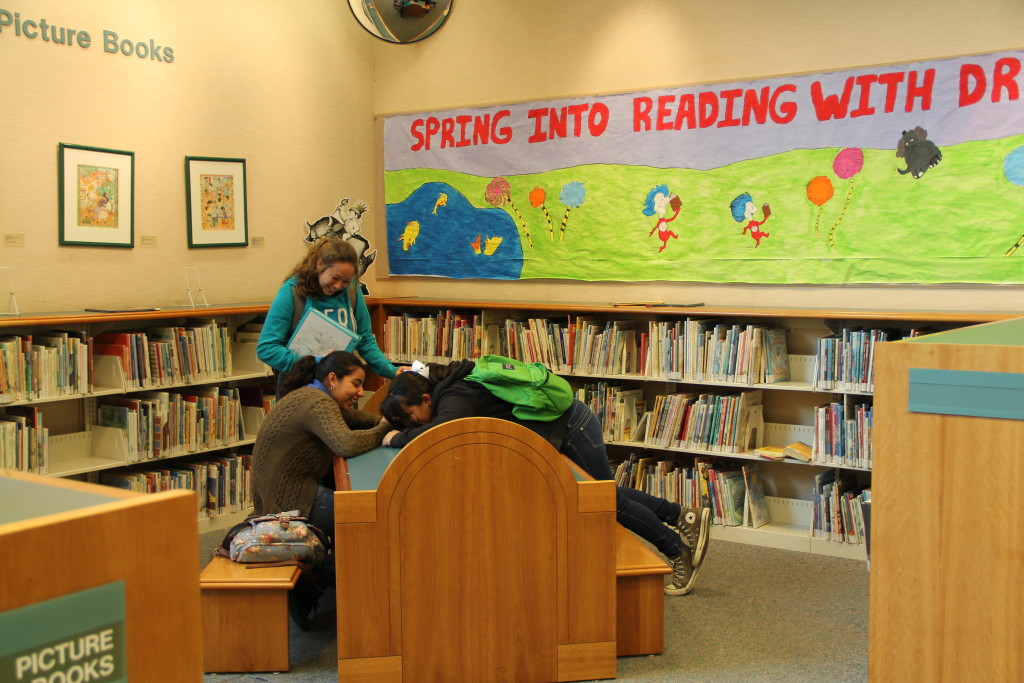 As the Kern County Board of Supervisors continues talks over whether or not to privatize local libraries, opponents of the move say their voices are not being heard. Many are now organizing to present a more unified front.

“We are Advocates for Library Enhancement, we are a community organization that is concerned about what’s happening to our libraries,” ALE co-founder Miranda Lomeli-O’Reilly told an overflow crowd at a community meeting last Monday.

The event, held at Beale Memorial Library in downtown Bakersfield, drew some 70 attendees – many of them teachers, librarians, and community members – prompting organizers to move into the larger auditorium nearby.

“We’re concerned because no prior outreach was done with the staff of the library, and none done with the community,” continued Lomeli-O’Reilly, who said the secrecy surrounding the proposed privatization was troubling.

A recent Bakersfield Californian article highlighted internal documents showing members of the county board had been in talks with Library Systems & Services LLC (LSSI) as early as last year over privatization, long before county coffers began to shrink as a result of falling oil prices. The fall in revenue was given as the initial impetus for the move to privatize.

Some, like Fifth District Supervisor Leticia Perez, have met personally with LSSI Vice President Robert Windrow, while Supervisors Mike Maggard and Supervisor and Chairman of the Board David Couch had their top aides meet with representatives from LSSI before the present budget crisis began.

“Our voices have not been heard, so we want to gather and organize so we can have a united message that we don’t want privatization,” said Lomeli-O’Reilly, who warned that such a step would threaten public accountability and access.

“Right now, anyone can publicly access the library’s budget and go line by line and know where the money goes, but once privatized, we lose that public accountability.”

In documents obtained through FOIA, ALE co-founder Mandy Walters found how LSSI profits from privatization at the expense of the public.

“According to LSSI, the County’s library budget is $7.8 million a year… LSSI gets to keep that budget, but they get to skip out on paying things that the current budget from the County still has to pay for,” said Walters. “For example, rentals on leased buildings, to the tune of $300,000 a year, LSSI doesn’t pay for that, the county still eats that cost…”

Christopher Jacobson, 24, works as a substitute teacher in Kern County. He was at the Monday gathering, and says preserving access to the library is vital for area youth.

“I work with kids every day [who are] from low socioeconomic backgrounds, and some of these kids can’t read,” said Jacobson. “One reason is library services aren’t pushed here like they are in some of the other counties and cities.”

“Kids don’t have access to information easily, and with cuts, they lose resources … an increase in availability of information and resources will directly correlate with how many people we keep out of jail.”

Jasmin LoBasso, 23, is a library associate with the Kern County Library. She opposes privatization due to the inevitable cuts in services to the public.

“With appropriate funding, the library can really improve a community, reduce illiteracy, reduce the number of people going to jail,” she said, “but without funding, without support, it’s not possible.”

As for public support for cuts to library staff, LoBasso draws an analogy to the medical profession.

ALE is currently drafting a ballot measure for a one eighth of a penny sales tax that would help fund the Kern County Library. A similar proposal generated around $1.2 million dollars for libraries in Fresno County.

“Everyone has a library story,” said Lomeli-O’Reilly. “I was nourished by the library, it changes lives for the better, and we want to preserve that and enhance it.”