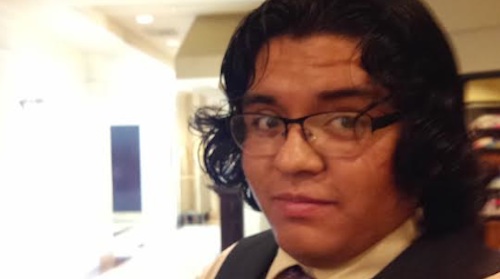 SAN FRANCISCO — Fear followed Alberto Velazquez every time he left the apartment he shared with his mother and siblings in Pomona, Calif.

If he saw a cop walking on the sidewalk, he said, his first instinct was to turn around and walk the other way.

“I was becoming irrational and paranoid,” said Velazquez, who is now 24 and enjoying the security of being a DACA (Deferred Action for Childhood Arrivals) beneficiary. “I kept thinking if something goes wrong, the cops would be at my door.”

Velazquez’s mental state is typical of undocumented immigrant youth, according to a study released April 21 on the mental health of undocumented and uninsured youth called “Pol(ICE) in My Head,” a project of UCLA’s Dream Resource Center (DRC). Researchers, many of them undocumented youth themselves, interviewed 550 people across California over a period of 10 weeks to find out how much access to health care they had, especially to mental health services.

“The mental health needs of undocumented [people] are rarely addressed,” observed Josue Chavarin, a program associate with The California Endowment, which funded the research.

Research coordinator Alma Leyva of the DRC said that the large number of immigrants deported since Obama became president, combined with “excessive surveillance” by law enforcement officials and barriers undocumented youth face in areas such as health care, education and social services, are factors contributing to the high level of stress many of them experience.

“Fear of being deported prevents them from leaving their homes,” Levya said at the April 21 webinar when the findings were released. “They are self monitoring and on high alert all the time.”

Half of those surveyed said that when they fall sick, they delay seeking treatment. Levya pointed out that her team found that the primary reason undocumented immigrants were reluctant to seek health care is “because that might require them to reveal their undocumented status.”

For Asian and Pacific Islander (API) immigrants, being undocumented and not being able to live up to the “model minority” status APIs largely enjoy, pushes some over the edge, according to researcher Trina Lei Pasumbal, a member of the non-profit group ASPIRE (Asian Students Promoting Immigrant Rights through Education). According to the American Psychological Association, using the year 2007 as case study, suicide was the second leading cause of death for Asian-Americans aged 15 to 34.

The stigma of mental illness forces many to keep their problems under wraps, Pasumbal lamented.

Even for those who want to seek help, language barriers can stand in their way. This is especially true among older immigrants, who are reluctant to ask for help from health care providers simply because they have no vocabulary to describe how they feel. Pasumbal said there’s no direct translation for the word “depression” in the Cambodian Khmer language. Instead, people may say something like “the water in my heart has fallen.”

Researchers included participants in the DRC’s Circle Project, a three-year-old support group where undocumented youth can meet to share their concerns and fears. There are currently 30 youth who attend the biweekly meetings. Velazquez is one of them.

While in high school, Velazquez said he got stressed wondering if he would be ever able to go to college. Doing part time jobs that “paid me under the table,” and with some help from his brother and mother, who manages an apartment complex, he was able to put himself through Cal Poly in Pomona, graduating with a bachelor’s degree in biology. He is now headed to Texas to work for Teach America.

“Going to [Circle Project] meetings has greatly relieved my stress,” he said.

But because mental health issues are so prevalent among undocumented youth, he believes they should have access to comprehensive health care.

“I think Lara’s bill would be a good solution,” said Velazquez, referring to the legislation sponsored by Sen. Ricardo Lara, D-Bell Gardens, called the Health for All bill. The bill, which is currently making its way through the state legislature, would provide access to health care for all Californians, regardless of their immigration status.