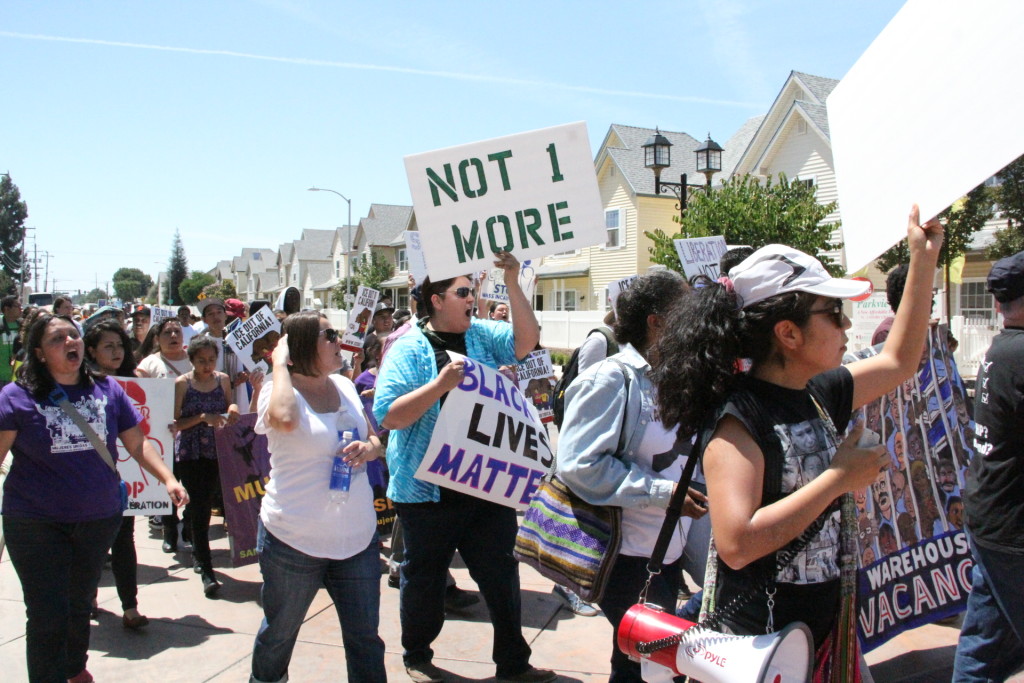 A “Free the People” caravan from Oakland to Bakersfield converged immigration advocates, youth leaders, and community organizers from around the state at the Mesa Verde Detention Center on Saturday May 30th. 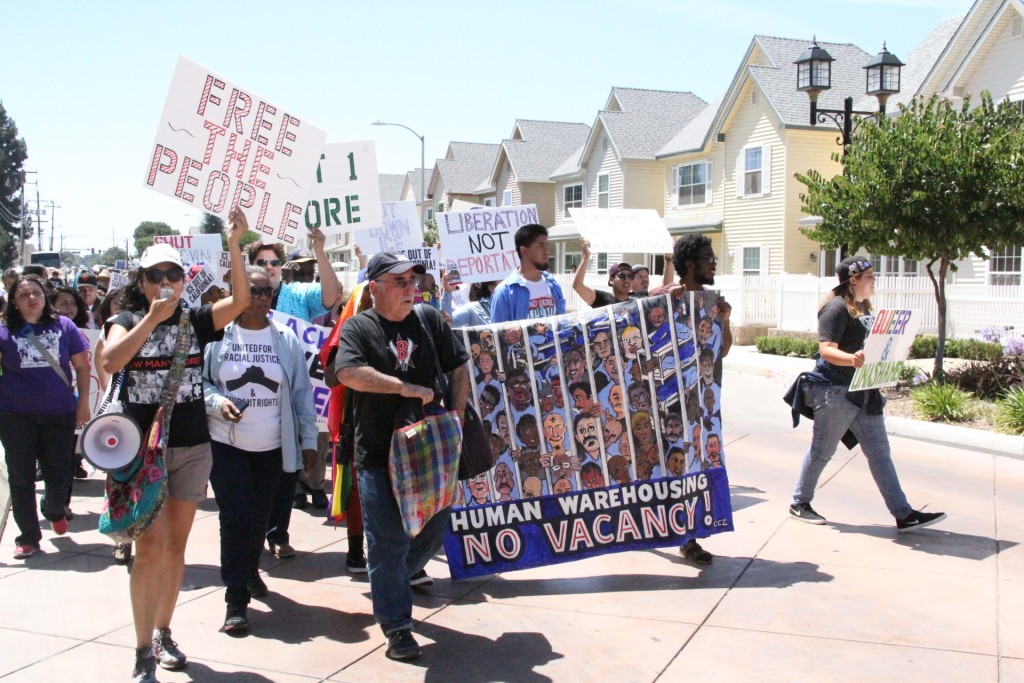 The caravan was originally planned to pressure officials for the release of Kwesi Amuse, a Ghanaian asylum-seeker, who was being held in indefinite detention and released May 26 after a month-long campaign.

Oakland’s Black Alliance for Just Immigration (BAJI) decided to go ahead with the caravan and protest in downtown Bakersfield. According to a press release, advocates “celebrate Kwesi’s release as a short term victory in a longer term struggle” to “end mass criminalization of African Americans, Migrants, low income communities, and many others impacted by state violence.” 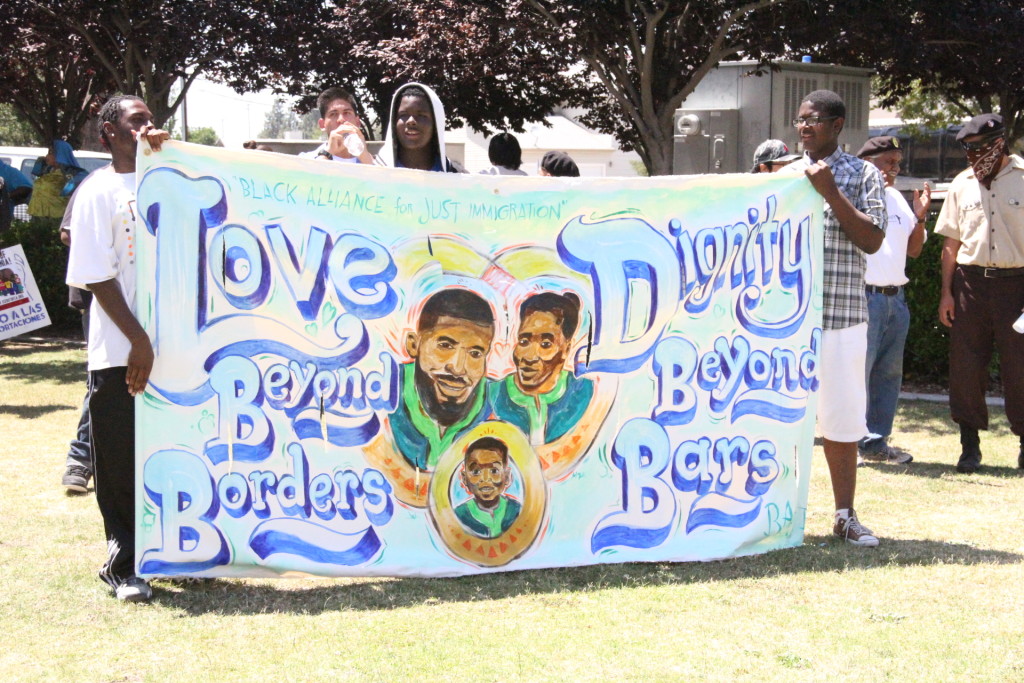 “We want to ground why we’re here today protesting at this GEO group Mesa Verde facility,” said Devonté Jackson, Bay Area Organizer for BAJI, while addressing the crowd. “Black immigrants from Africa, Latin America, and the Caribbean are overrepresented in immigration detention centers at rates of up to five times their numbers among the immigrant community.” 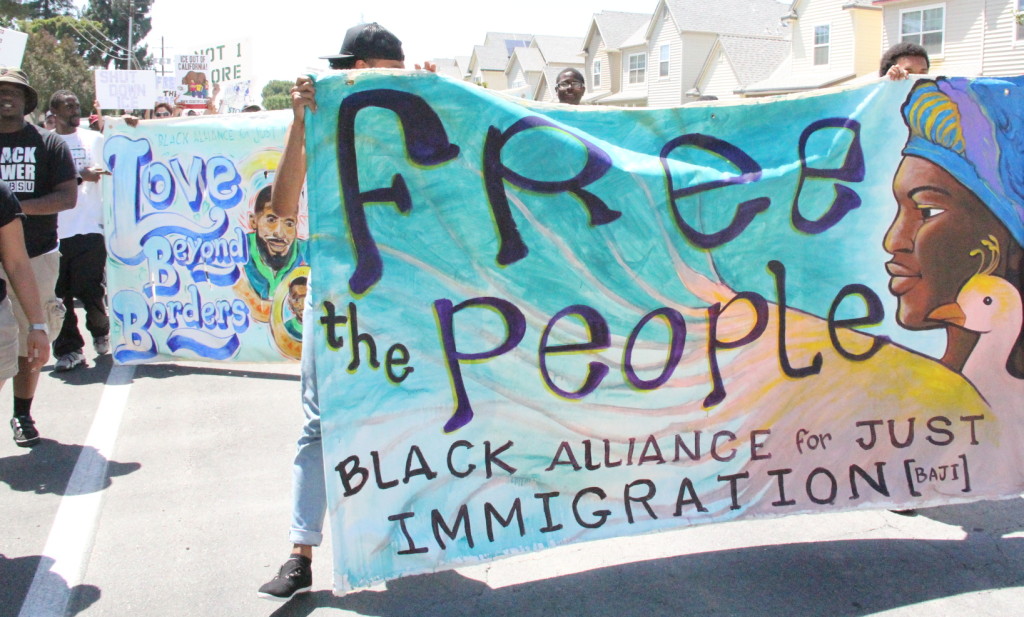 The event, which gathered several hundred people from around the state, consisted of music, speeches, and testimonials. At one point activists raised an “ICE out of Central Valley” flag at the facility’s flagpole. 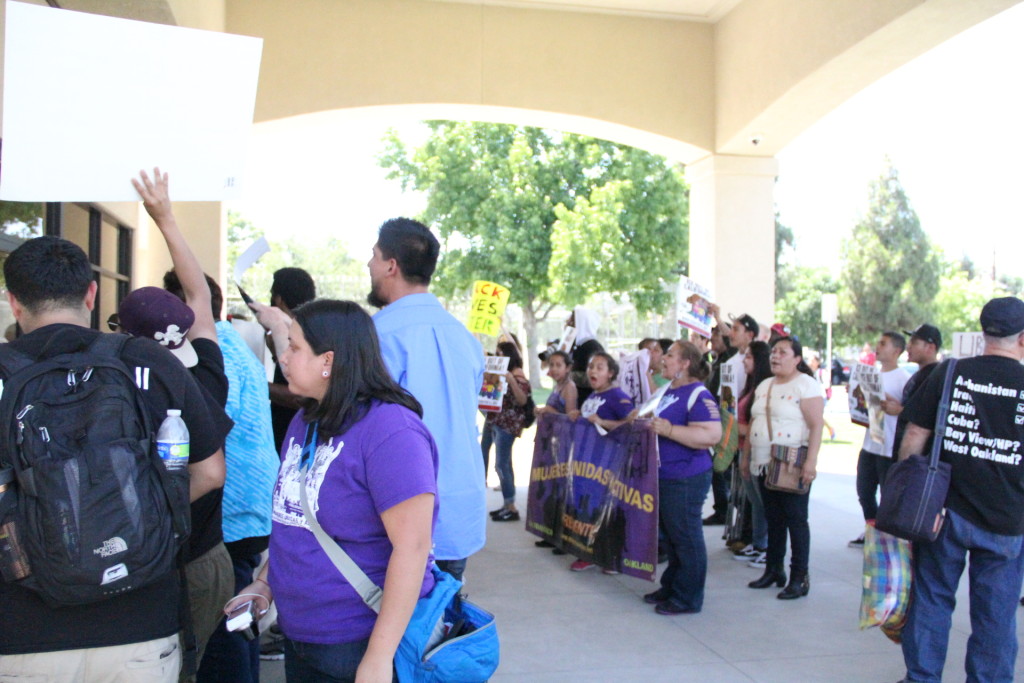 According to the BAJI website, one of demands of the caravan was an end to the so-called “bed quota,” by which Congress requires that the federal government keep 34,000 beds in detainment centers filled at all times. Sixty-two percent of these beds are owned by private companies like the GEO Group, according to a report released last month by Grassroots Leadership, which also said that the GEO Group has seen its profits rise by 244 percent since the quota was implemented. 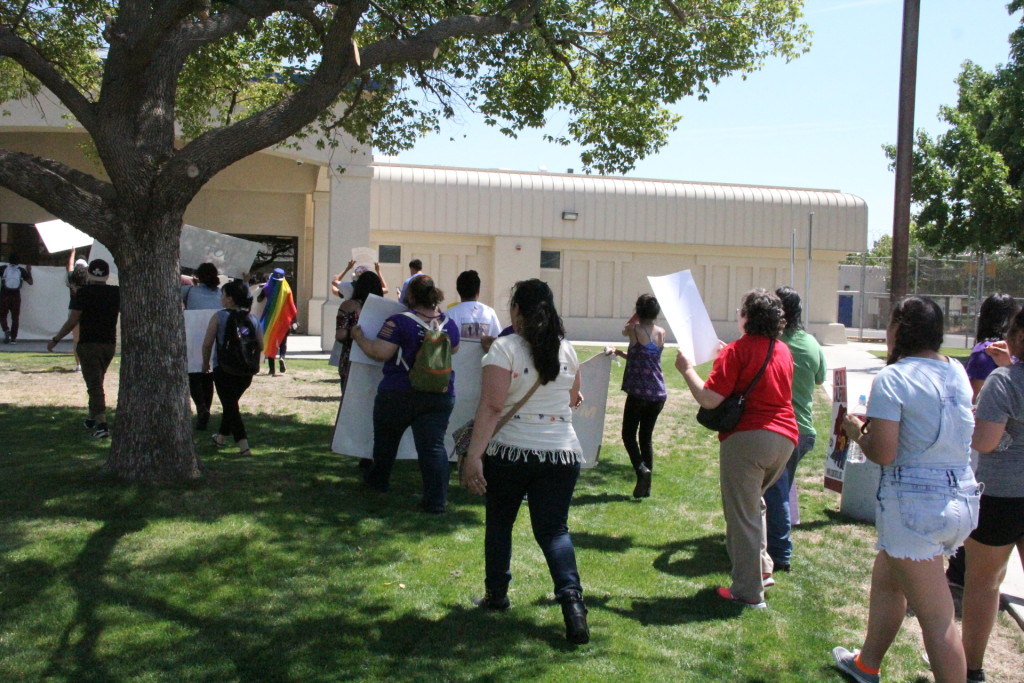 Event organizers noted the event’s emphasis on the connections between mass deportations and the disproportionate police violence against people of color.

“Today we bring the new abolition movement to Bakersfield,” Aiko Celeste, an organizer with the Immigrant Youth Coalition, said to the crowd. “We are here to expose the politics and economic arrangements that have enslaved our people yet again.”