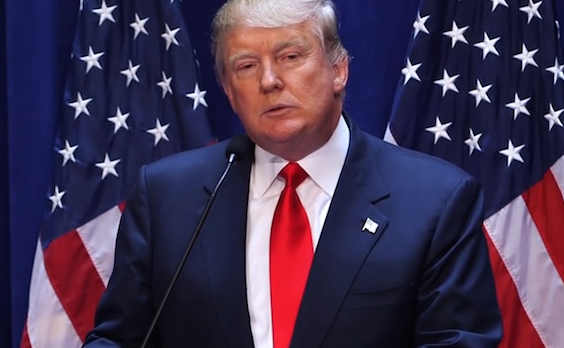 When Mr. Trump took the podium last week to announce his presidential bid and attack Mexican Americans he said, “when Mexico sends us their people, they’re not sending their best.” As a Mexican American, I would have to respectfully disagree. Mexico is not ‘sending’ anyone.

The Mexican Americans that chose to come to the United States to seek a better life for themselves and their families are among the best. Why? Because they are courageous, they sacrifice so much for their families and to provide for our American communities.

Growing up in Kern County where over 50 percent of the population is Hispanic, I observe hard working Mexican Americans in my community every day. From the field worker going to toiling long hours in the hot son, to the overwhelmed Hispanic teachers and counselors encouraging their students to pursue higher education, and the ‘undocumented’ Mexican American parents who never give up on providing a better life for their children.

These Mexican Americans are far from being rapists as Trump suggested. They are not drug lords. They are your field workers in the Central Valley that allow you to enjoy fruit fresh everyday–whether you live here in California or New York City’s Upper East Side, where Trump resides in a luxury apartment. Mexican American immigrants are your highly skilled doctors that provide health care. They are your technology workers in Silicon Valley that are building a brighter future for everyone. They are your professors and teachers who give students like me a valuable education.

The only small difference between any of these hard working Americans is a 9 digit social security number or a birth certificate. A number or piece of paper does not make any human being more or less of a person than others.

Hearing Trump’s words made me outraged, as millions of others felt as well. At the same time, hearing him say these things reinstate a feeling of pride that will never go away. While people on social media blasted Trump, I was happy to see Latinos being recognized for their work ethic. Latino’s posted about their children being soldiers in the Army, educators, and contributing to the American dream. People all around the U.S. stood up to Trump. Univision dropped the Miss Universe pageant, which he owns causing him to send an angry letter, blaming the Mexican Government. I proudly stand with Univision, and hope that NBC follows suit by dropping it as well.

My first opportunity to vote in a presidential election approaches, I will keep in mind the important issue of immigration. As I’m sure it will be for many Americans, including many of the 5.4 million Latino Americans, this topic will ultimately be the deciding factor for who I vote for. Although DACA has been able to help thousands of young people with big dreams, many Hispanics in my community argue that we need to go farther and grant citizenship. The Presidential candidate that I cast my vote for will fight for Immigrant and Hispanic rights and providing a safe, fair, and secure path towards amnesty.

As a grandson of German Immigrants, Mr. Trump should have a bit more common sense to know that our beautiful country was founded on immigration, and thrives from it. Instead Trump has chosen to promote a xenophobic nativist agenda that promotes racial tension and ignorance.

I do agree with that whoever the next President of the United States is, should aim to accomplish Trump’s slogan… actually Reagan’s slogan, ‘Make America Great Again.’

We will make America Great Again.

Just without you Mr. Trump. To borrow your own slogan, ‘You’re fired!’