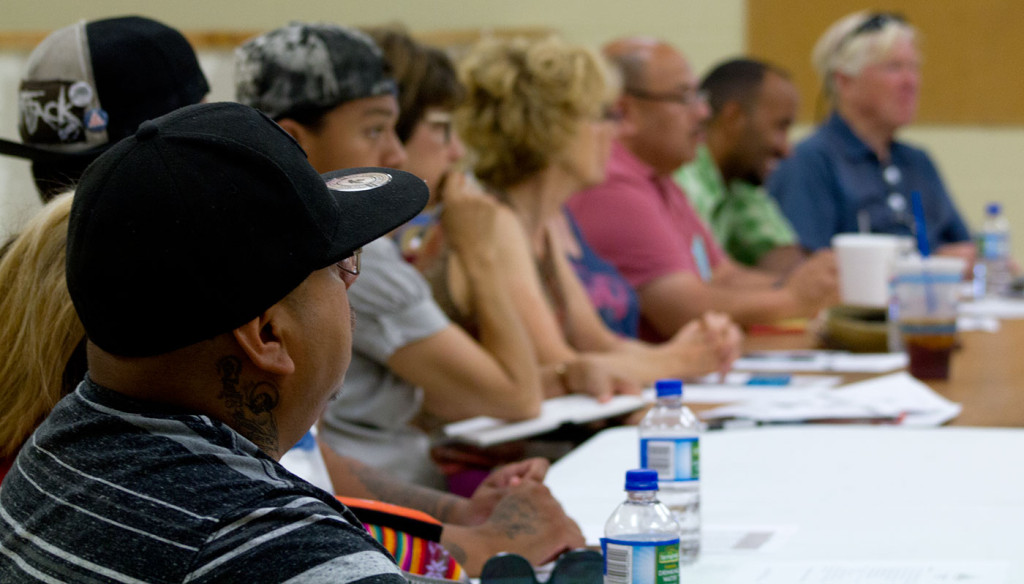 Faith in Action (FIA) a cross-denominational group of organizers from several religious congregations in Kern County, held a meeting based on the principles of restorative justice to express their concerns with law enforcement protocol.

Attendees were briefed on several approaches to address those concerns on a legislative level. The group’s proposed reforms include an independent oversight of all situations involving police force through the California Attorney General’s office, a civilian review board, and making the county coroner’s office a separate entity from the Kern County Sheriff’s Department.

“How thoroughly can we trust that an autopsy run by a coroner who’s employed by the county sheriff is going to be honest and objective?” asked FIA lead organizer Joey Williams, explaining why the group is pressuring for this departmental division.

Before the activists broke into small groups to address some of their more specific goals, including independent oversight of officer-involved shootings and reforms in police training procedures, Williams led FIA through what he called a “power analysis”.

Williams listed several prominent officials at the state and local levels, and the group debated the degree to which each representative either supports or opposes reforms to police oversight and the criminal justice system. Once the group came to a consensus, Williams wrote the names down on the whiteboard in a location corresponding with their perceived level of support—fervent supporters were placed on the left side of the whiteboard, strong opponents were placed on the right side, and neutral officials in the middle. 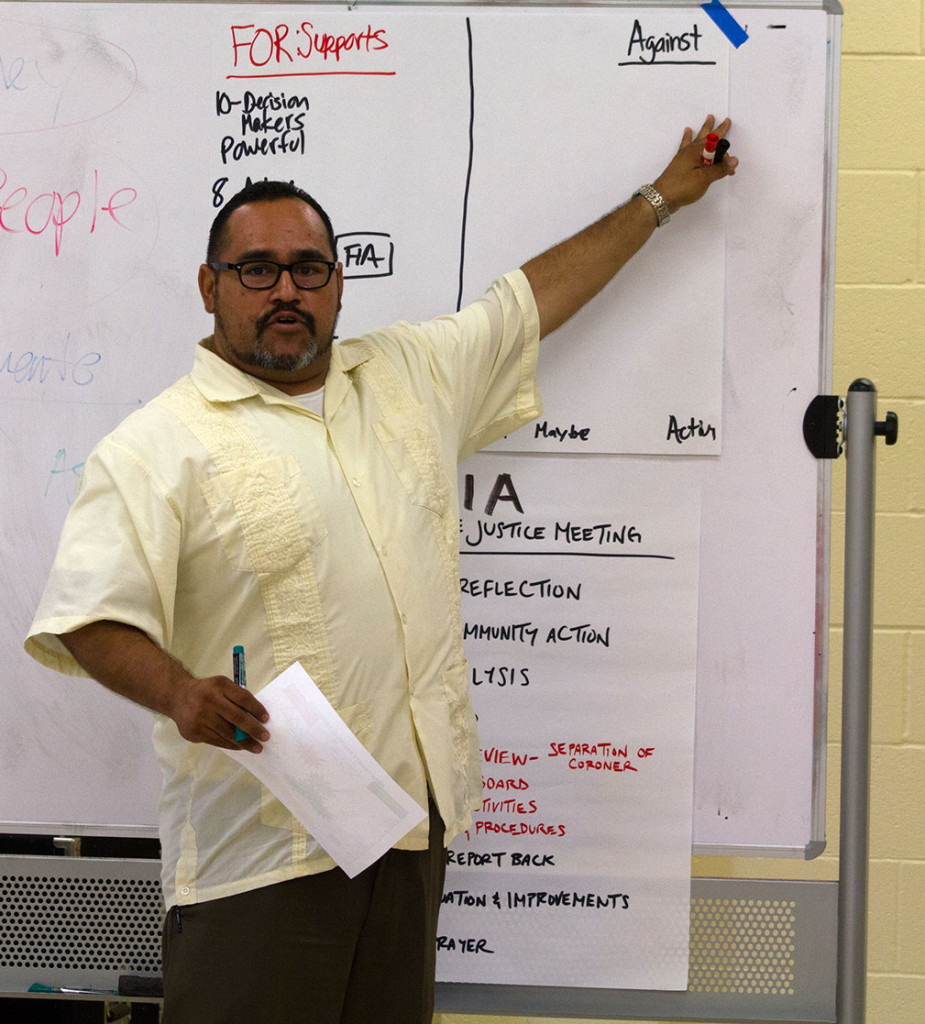 “Just because [officials] say they believe in accountability doesn’t mean that they will support our bills,” Williams said. “We see a need for transparency and accountability in order to build trust.”

Minister Sean Battle of the People’s Missionary Baptist Church kicked off the restorative justice meeting with a short reflection on the importance of drawing upon one’s faith as a source of strength at times when community activism can feel like an uphill battle.

Faith leaders have an important role to play in community organizing and the police accountability debate, Williams said.

“Our faith compels us to act upon injustice,” Williams said. “Jesus himself was a victim of state-sanctioned violence. I don’t think the Mother Mary’s plight would be very different than the plight of the mothers we have here.”

“The gospel flows easily from our lips, but not so much from our feet or our hands,” he said.

While Williams stressed that his organization has plenty more work to do, FIA has celebrated several large successes. The group registered over 100,000 voters in the Kern County area during the 2014 mid-term elections, he said. Additionally, work by FIA, People Improving Communities through Organizing (PICO), and many other groups led to the passage of Proposition 47, a statewide referendum that decriminalized several nonviolent offenses from felonies to misdemeanors.

On September 2, FIA will be driving up to Sacramento to participate in a “die-in” at the state capitol to show support for Assembly Bill 953, which would establish a Racial and Identity Profiling Advisory Board through the attorney general’s office to investigate racial profiling by state and local law enforcement agencies. It would also require law enforcement agencies to provide annual demographic data on all routine stops to the California Attorney General.

During the “die in,” organized by PICO, FIA and other groups throughout California, thousands of people will lay down at the steps of the capital building to symbolize individuals who have been killed by law enforcement.

Several state assembly bills requiring additional independent oversight into investigations against law enforcement officers were proposed in the wake of Michael Brown death at the hands of Ferguson, Missouri police, which sparked the “Black Lives Matter” movement and a nationwide debate about police brutality. But AB 953 was the only bill that made it on to the assembly floor, Williams said.

FIA will be using the community input gathered at the restorative justice meeting to address their concerns with Bakersfield Police Department Assistant Chief Lyle Martin in November. This will be the second meeting they’ve had with the assistant chief this year.