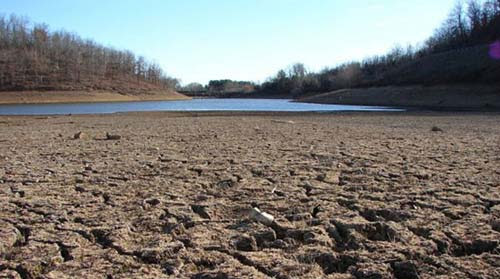 FRESNO, Calif.– “I ask that we work together to bring awareness [to this issue] so that our valley will not die,” Maura Fabian told attendees at a conference focusing on the environmental health of the Central Valley last week in Fresno.

Fabian, a resident of Selma, said if we fail to act the future of the Central Valley would look like the desolate setting depicted in the Disney film “WALL-E,” where the Earth has become a dry and arid planet with no life.

Over 250 people attended the forum, the Environmental Dignity Campaign for the Care for Our Common Home. The event was held at St. Anthony Mary Claret Catholic Church and was organized by NEXTGEN Climate, Faith in the Valley (FIV), BHC Fresno, and the Roman Catholic Diocese of Fresno.

“Our future is in our hands,” said Tom Steyer, founder of NEXTGEN Climate and guest speaker at the event. Seven out of ten Californians live in counties with bad air quality, he noted, while three million people in the state suffer from asthma. Among cities, Fresno ranks at bottom in the state air pollution and water contamination. Steyer added that only by working together to create effective policy could we begin to reverse the damage.

The forum came just days after Pope Francis traveled to Bolivia for the World Meeting of Popular Movements, an event that brought together social and community activists from around the globe. Approximately 1,500 hundred civic and community organizers attended.