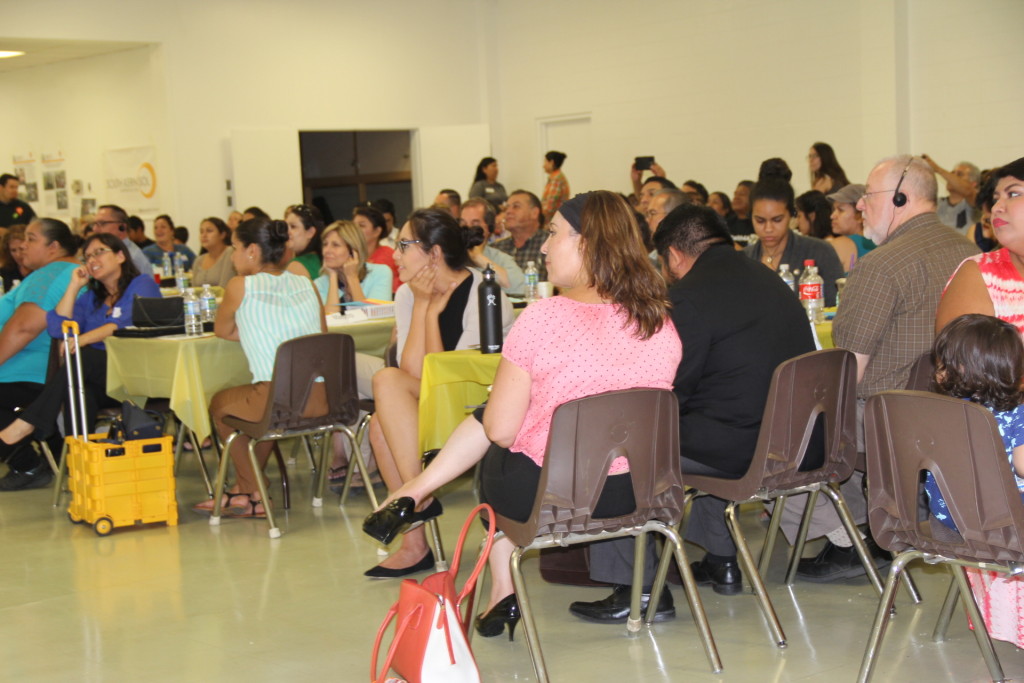 Nearly two hundred South Kern residents gathered at the David Head Center in Lamont this past Thursday for Building Healthy Communities-South Kern ‘Central Table.’ Held every three months, last week’s meeting allowed residents to voice their thoughts one last time on the coalition’s proposed action plan for the next five years. Residents were bused in from Greenfield, Arvin and Weedpatch for the meeting to review and vote on the approval of the draft action plan.

As South Kern residents arrived they gathered cheerfully with their families at the entrance of the David Head Center in Lamont while they waited for their turn to sign-in.

Each of BHC-SK’s four action teams presented their respective five year plans in a fun and interactive way, including role-playing aspects of proposal. To inform the community that one of their priorities for the next five years is to advocate for healthier meals in schools, one Education Action team member portrayed a student who was eating a bag of chips, then a ‘teacher’ arrives and replaces it for a bowl of grapes. 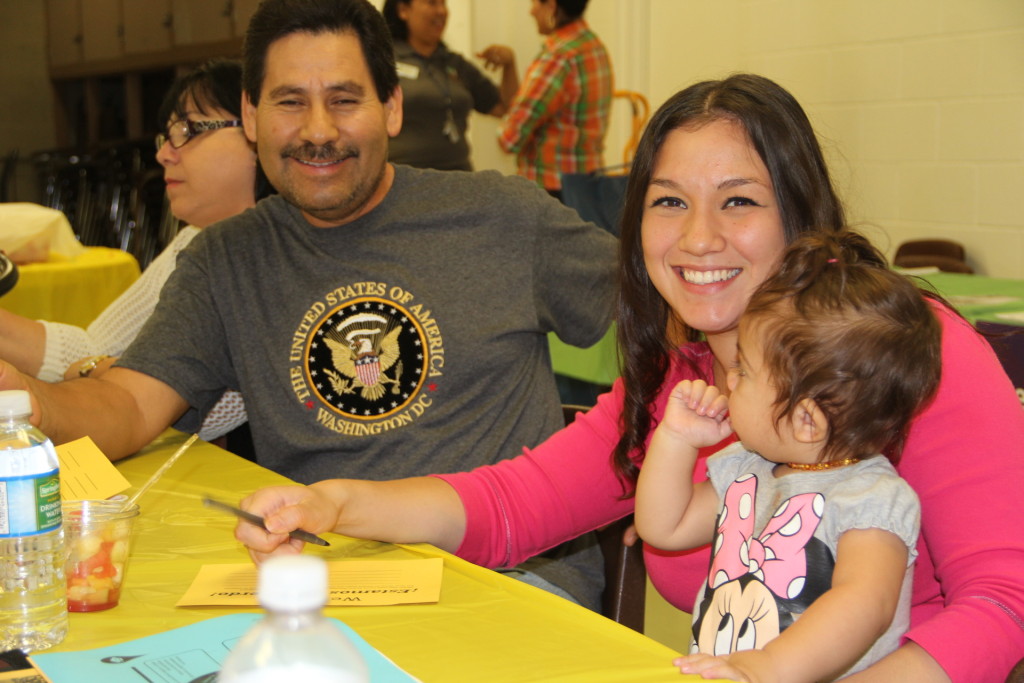 After each action team presented, the residents were instructed to sign their name on a yellow card if they agreed with the action teams priorities or to sign their name on a blue card if they wanted to suggest changes. After the meeting we followed up with BHC-SK and learned that the action plan was approved and implementation will begin in January.

“Now that schools are implementing restorative justice, it can help our students. It’s a great tool to have. It will be one of many options that schools can use and it has some great results,” explained Ramirez, referring to the Kern High School District’s decision to start implementing Positive Behavior Intervention Systems (PBIS), a school discipline method which has been known to reduce suspension and expulsion rates. The group plans to continue influencing more local schools to utilize PBIS. 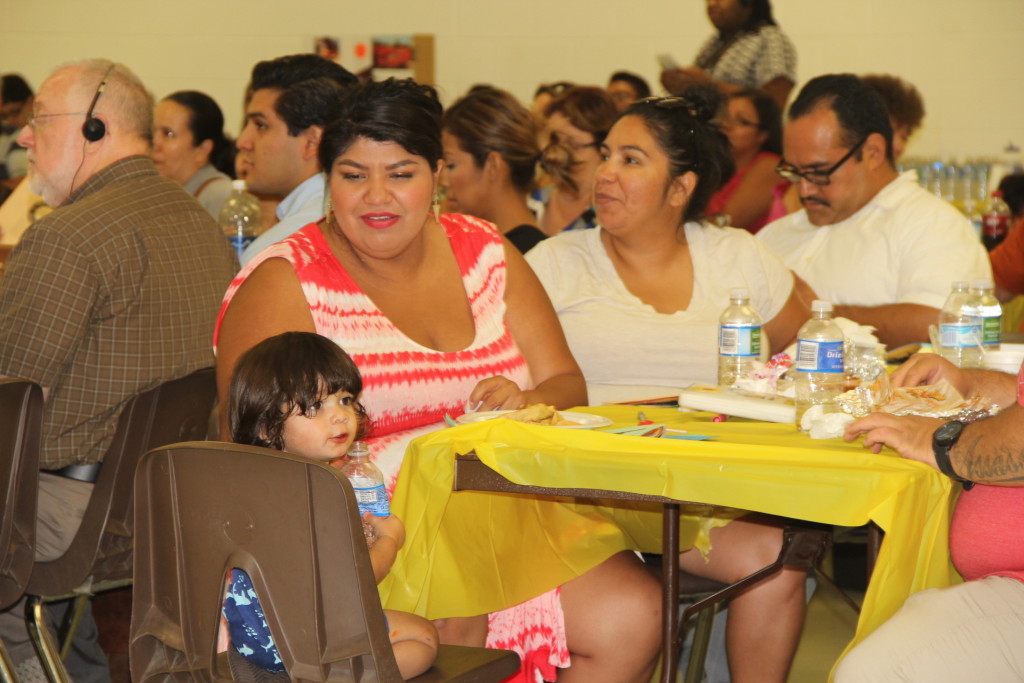 The Environment team works for cleaner air and water in South Kern as well as equitable land use plans. Specifically they aim to reduce air pollution by expanding buffer zones, particularly around pesticide use near schools, in addition to more consistent monitoring and enforcement of buffer zones and other agriculture practices.

Water is also on the team’s radar: they plan to continue working with regional and state water agencies to find short and long term solutions to access clean and safe drinking water.

“The most important thing is reducing pesticide pollution and improving the air quality,” said Environmental Action Team Chair Gustavo Aguirre. “A lot of community members don’t have the ability to breathe clean air, so one of the main parts of this plan is the reduction of pesticide use.” 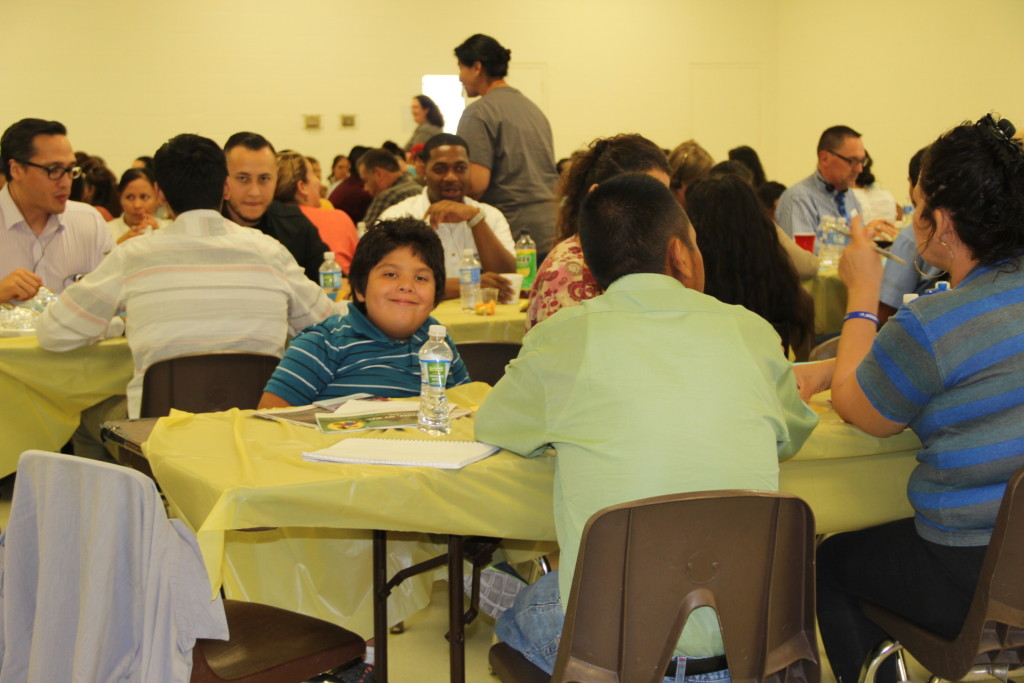 The Health Team showcased some of the successes from the past five years, including a brand new clinic to serve the Greenfield community. They were also able to help hundreds get health insurance under the Affordable Care Act, and assisted many elders in gaining health coverage through Medicare.

The health team also celebrated a statewide victory: in May of 2016, California will be the first state to provide healthcare to undocumented children. Despite the win, health leaders emphasized that the fight for #Health4all is not over, as undocumented people over 18 will still not be able to enroll in coverage.

Besides supporting the Health For All campaign, during the next 5 years the team hopes to improve emergency response times to rural South Kern communities, and make sure that patients are able to communicate with healthcare providers who speak their language.

The Recreation Group plans to bring more walking and biking paths to South Kern. Youth testified about how the lack of sidewalks, especially on their routes to by partnering with law enforcement and pushing for additional investment in parks.

“We are going to work with local jurisdictions and advocate for more infrastructure, we hope to work with residents and local government to identify potential funding sources, so that we can make these changes happen,” said Jason Carter of Recreation Action Team.  “There’s going to be a lot of good things happening in South Kern.”