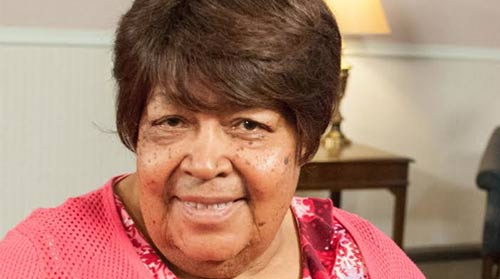 SAN FRANCISCO — Nearly one in five adults over age 65 in California, that is, around 772,000 elders, endure financial hardship, unable to afford basic needs, but often ineligible for government assistance, according to a new study out this week by the UCLA Center for Health Policy Research.

The study highlights the plight of what it calls the “hidden poor,” which it defines as those who live in the gap between the federal poverty level and the Elder Index‘s poverty measure, which is considered a more accurate estimate of what it takes to have a decent standard of living. The Elder Index accounts for geographic differences in costs for housing, medical care, food and transportation. The national federal poverty level guidelines say a single elderly adult living alone should be able to live on $10,890 a year, while the Elder Index estimates that a person in California on average requires $23,364.

“Many of our older adults are forced to choose between eating, taking their medications or paying rent,” said Imelda Padilla-Frausto, a UCLA graduate student researcher at the center and lead author of the study.

The study was funded by the California Wellness Foundation. It analyzed the 2009-2011 American Community Survey Data and the 2011 Elder Index data that was released in 2013.

Padilla-Frausto said that in terms of sheer numbers, whites make up more than half of elders in the financially pinched group (482,000). Proportionately, grandparents raising grandchildren, older adults who rent, Latinos, women, and the oldest age group (75 and over) were the groups most affected.

Geographically, the researchers found that in all counties, between 30 and 40 percent of elderly adults who are single and 20 to 30 percent of older couples are among the hidden poor — those whose annual income is between $10,890 and $23,364.

In California, rent and health care are two items that soak up a good chunk of the elderly population’s income, she said.

“Older adults raising grandchildren or housing adult children have taken on more financial burdens with limited earning capacity, and are living right on the edge of a cliff,” said Steven P. Wallace, associate director of the UCLA Center for Health Policy Research and co-author of the report. “They have few options, and one unexpected expense can put them right over.”

The study found that the highest proportion of hidden poor among single elders who head households was among African Americans (37.4 percent) followed by Latinos (36.8 percent).

One surprising finding for researchers, Padilla-Frausto said, was that single-headed elder Asian households had the highest proportion (40.7 percent) of those living below the federal poverty level; an additional 23.8 percent of them were in the Elder Index group. What this may indicate, she said, is that those who came to the United States as refugees have never been able to get out of poverty.

Padilla-Frausto said that policy makers use the Elder Index to shape their policies. Some of the suggestions researchers of the study made are raising income eligibility limits for housing assistance and using former redevelopment funds for construction of affordable housing; helping seniors with the cost of health care by raising income eligibility to 200 percent of the federal poverty level, from 100 percent; and expanding and updating food benefits.

“It’s very clear that income level is a major predictor of health outcomes — at any age. This research underscores that elders’ economic security is a health equity issue,” said Judy Belk, president and chief executive officer of the California Wellness Foundation.