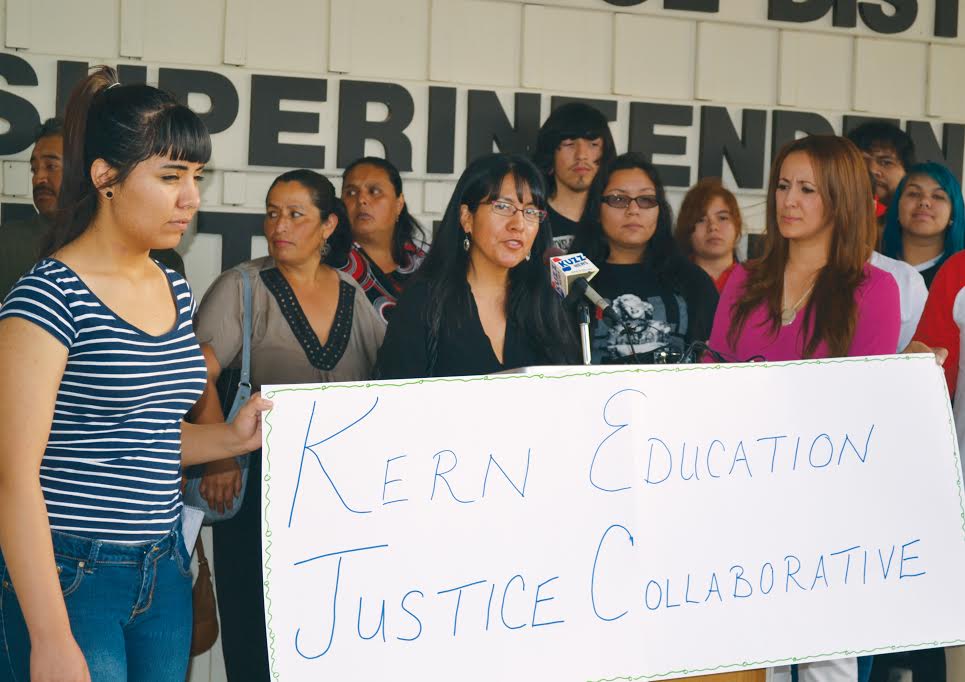 At a special board meeting on Sept. 10, Kern High School District (KHSD) trustees approved the current school year’s Local Control and Accountability Plan (LCAP). The LCAP, as it is known, is a budget of funds specifically provided by the state which by law are intended to meet the additional needs of low-income, English language learners, and foster youth.

Schools are required to submit an LCAP every year under California’s new Local Control Funding Formula (LCFF), which allocates school funds based on two formulae.

The first is a grade-specific base grant fund, which is tied to a schools average daily attendance. The second is a supplemental and concentration (SC) grant, based on the percentage of students in a school district that have additional based on the three categories mentioned above.

This year KHSD received a total of $337.5 million from California. A portion of that money is the $37 million in SC grant funds, whose expenditures were accounted for in the LCAP that KHSD approved at the special board meeting.

One budget item that was included in the current LCAP is in the amount of $1.35 million for Kern Learn, an online curriculum for home schooling that by the admission of trustees Mike Williams and Chad Vegas is a “fiscal risk.” Funding Kern Learn through SC grant funds is a misuse of funds because Kern Learn will not serve to meet the additional needs of low-income and English learners.

The initial data released by KHSD, reported on Sept. 17 in the Californian, shows that out of 44 students who are enrolled in Kern Learn, 2 are English language learners and 13 are eligible for free or reduced lunch. This initial data begins to confirm what members of the Kern Education Justice Collaborative warned the Trustees: Kern Learn is mainly going to benefit mainstream students who do not have the additional needs of students that are low-income and English language learners.

KHSD shouldn’t gamble with money intended to meet the additional needs of low-income and English learners, who, by law, are supposed to be the beneficiaries of LCAP expenditures. Should they want to take that fiscal risk, it ought to be done with base grant funds or KHSD’s reserves.

The evidence that Kern Learn will not benefit the demographic that SC grant funds are supposed to target commensurately with the rest of their peers is based on two principal barriers: 1. Reading requirements for Kern Learn will prevent English language learners from qualifying for the new program. 2. The technology gap between lower- and higher-income households will result in the higher-income households benefitting disparately from the program.

Before SC grant funds are used on Kern Learn two conditions should be met.

First, the program should lend itself to evidence of its fiscal solvency. Second, the technology gap between lower and higher-income households should be closed. Since these conditions aren’t currently met, KHSD’s allocation for Kern Learn from funds intended to meet the additional needs of low-income and English learners is certainly defying the spirit, and perhaps even the letter, of the law.

Gerald Cantu, Ph.D., is an adjunct professor of philosophy at Bakersfield College and education program associate at the Dolores Huerta Foundation.

This story was originally published by the Bakersfield Californian on September 22.