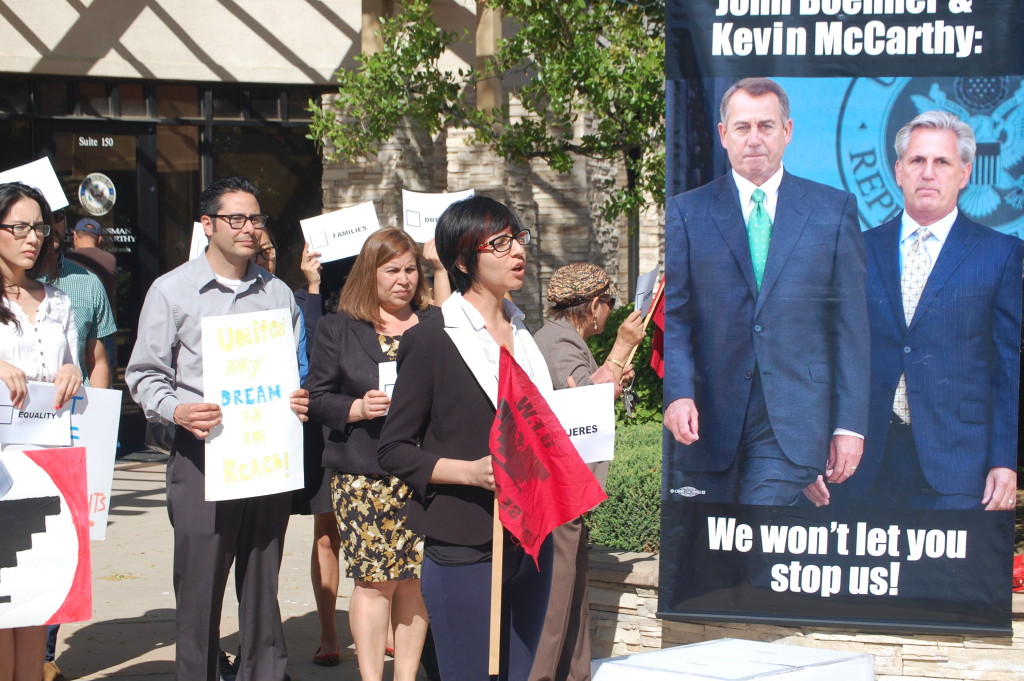 As a resident of Kern County, I am fearful that Congressman Kevin McCarthy actually has a shot at becoming the next Speaker of the House replacing the outgoing John Boehner.

While it’s great that someone from Bakersfield has gone so far up the political ladder, it’s unfortunate that this same person has done so little for his constituents back home. In fact, he’s even been dubbed Kevin “duck and hide” McCarthy for refusing to address the concerns of those he is supposed to represent.

A look at some of the ongoing health challenges for residents of Kern County, part of the 23rd Congressional District McCarthy represents, shows why he’s earned the nickname. Kern County’s teen pregnancy rate has consistently remained one of the highest in California, according to Kidsdata.org, with over 44 births per 1000 teens. That compares to a state average of about 23 births per 1000 teens. That isn’t all. According to the Center for disease control and prevention, “Out of California’s 58 counties, Kern County ranks 57 in incidence of diabetes,” while “more than 60 percent of Kern County’s population is considered obese.”

Rep. McCarthy has done little to turn these troubling numbers around.

Now, you might be thinking that’s because he’s focusing on issues of national importance, like immigration reform. McCarthy’s district — in the heart of the Central Valley — is largely agricultural and home to a sizable immigrant population. A majority are Latino, and many are undocumented. In other words, it’s safe to assume that immigration reform is probably a high priority for a number of voters in McCarthy’s district.

In fact, a number of protests have taken place recently outside of the congressman’s office over his failure to pass immigration reform. But rather than engage them, McCarthy duck and ran.

Earlier this year, he ignored dozens of protesters who sat peacefully in his office waiting for a chance to press their concerns. Two protesters were eventually arrested for refusing to leave. McCarthy also green lighted the opening of an immigrant detention center right in downtown Bakersfield earlier this year, as if to further highlight his disregard for the plight of the undocumented and the attitudes of many of his own constituents.

Right next door to McCarthy’s office is that of Republican Congressman David Valadao. The son of immigrants, Valadao has voiced support for immigration reform and at times has voted against party lines. Valadao will certainly have a tough time defending his stance against attacks from Right Wing Tea Party Republicans, but he has earned my respect.

McCarthy, in contrast, would sooner shut down the government and see thousands of Americans suffer before agreeing to anything that might benefit both parties.

I hope voters pay attention to the man McCarthy truly is, as opposed to who he claims to be in front of the cameras. While he faces a stiff challenge from Rep. Jason Chaffetz (R-Utah), if he is elected, he will need to at least try and live up to his reputation as a consensus builder. If, instead, he continues to duck and run, then he will have to answer to his constituents. Very angry ones.