‘Tour Against Trafficking’ Passes Through Merced 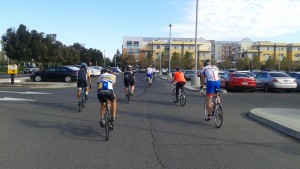 Merced, Calif.— After traveling over 500 miles,  the ‘Tour Against Trafficking’ arrived in  Merced last Friday morning. Put together by the Episcopal Diocese of San Joaquin to increase awareness about human trafficking in California, the group has raised around nearly $50,000 for organizations who provide services to survivors and advocate for solutions to the issue, according to lead organizerBishop David Rice.

In recent years, trafficking has become a major problem in the state, both in large cities and in rural areas like Merced County. Last January, the Merced County Human Services Agency along with Valley Crisis Center and Merced Police Department’s DART (Disruptive Area Response Team) Unit, formed a coalition to address the growing problem.

The eight cyclists of the Merced leg of the Tour made the 32.2 mile ride from the University of California, Merced to Turlock, stopping in Atwater at the St. Nicholas Episcopal Church.

The tour began its 18-day, 750 mile ride through the Central Valley on October 2nd. Launching the route from Taft, the group will make its way up to Avery, and will later head back down to a final stop in Modesto via Lodi and Stockton.

So far, the group has now climbed over 25,000 feet of elevation and traveled 645 miles.

According to Bishop Rice, the tour has been a success so far.

“Our goal was to connect communities and organizations and we have been able to accomplish that,” said Bishop Rice, who has been leading the cyclists.

His wife, Tracy Rice, has been traveling with the group as well.

“Being part of this tour is dear to my heart,” Rice says. “I worked in domestic violence [prevention] for many years. I am doing this for women because I know first hand the atrocities they are subjected to.”

According to a 2012 report by California Attorney General Kamala Harris, ‘The State of Human Trafficking in California,’ from 2010 to 2012, 1, 277 victims of human trafficking were identified statewide. In the Central Valley, the Central Valley Justice Coalitions reported rescuing over 130 victims between 2009 and 2013.

“My sister has done a lot of work around human trafficking,” says Palma. “I understand the impact it has on young women, which is why I decided to ride.” For more information about the tour, how you can join the riders, volunteer or donate, visit the Tour Against Trafficking website or Facebook page here.