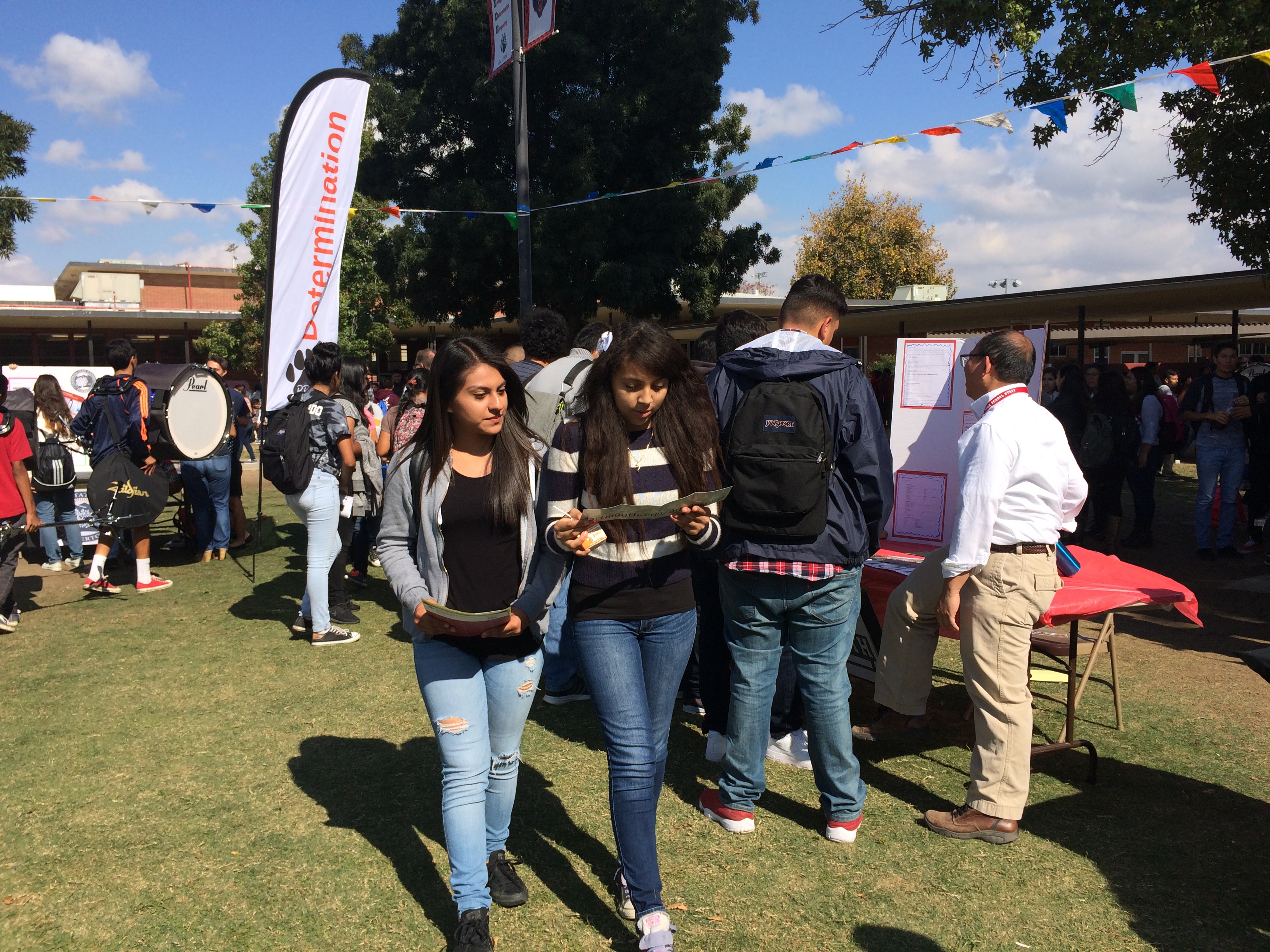 I hear it all the time: Arvin High Students don’t graduate. They don’t go to college. They don’t amount to anything. They end up working in the fields after high school just like their parents did. Arvin High School? Isn’t that where people are always getting shot or stabbed? Where is Arvin even at?

These are just some of the remarks and stereotypes an Arvin High student has to tolerate. We are used to letting our surroundings define us, and we are accustomed to being told that we’re lucky if we make it to college. In Arvin, only 3 percent of adults age 25 and over have bachelor’s degree, compared to a county rate of 15 percent and a state rate of 30 percent. 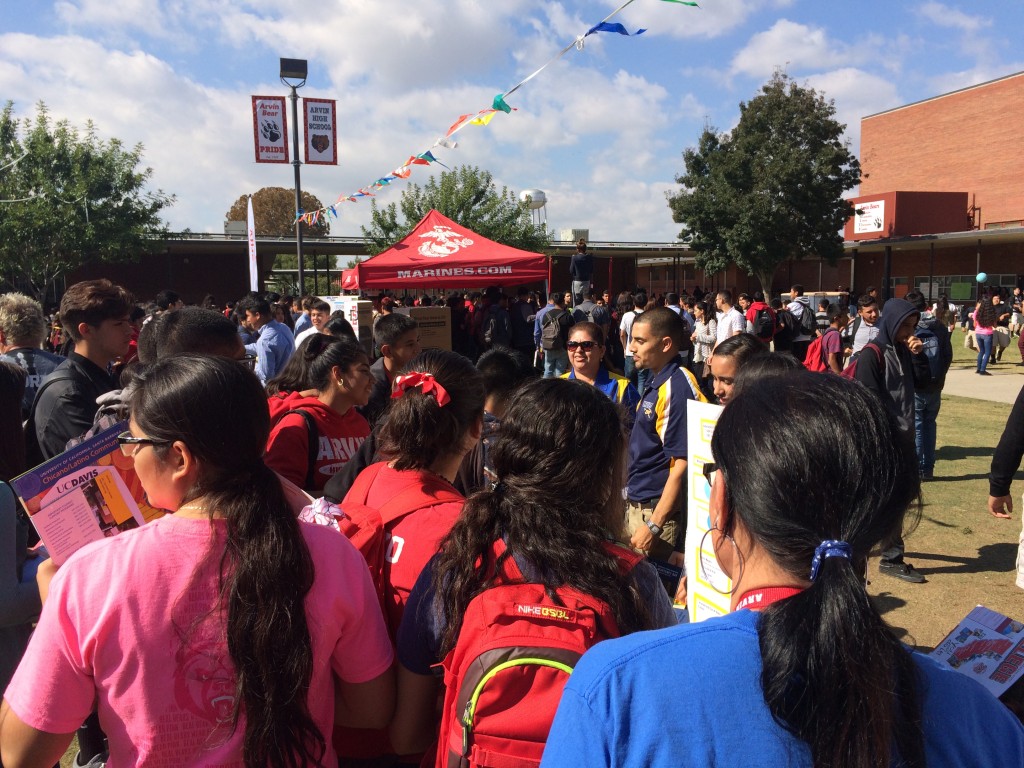 A group of Arvin High students are actively working to change this. We are promoting a new way of thinking, a culture that gives us reason to be proud of where we come from. Most recently this student group, called AVID (Advancement Via Individual Determination) College Ambassadors, organized a college fair for all Arvin High students, this was Arvin High’s first college fair organized by students. It was during lunch time, the perfect opportunity to both socialize and for students to come to the booths and get informed about various schools.

The college fair took a lot of planning. In groups of two or three, AVID members created poster boards to display information about the school they were representing. The groups also decorated the doors of teachers who had gone to those schools. As students walked through the halls of the school on their way to lunch or class, they could find out where their teachers had attended college. 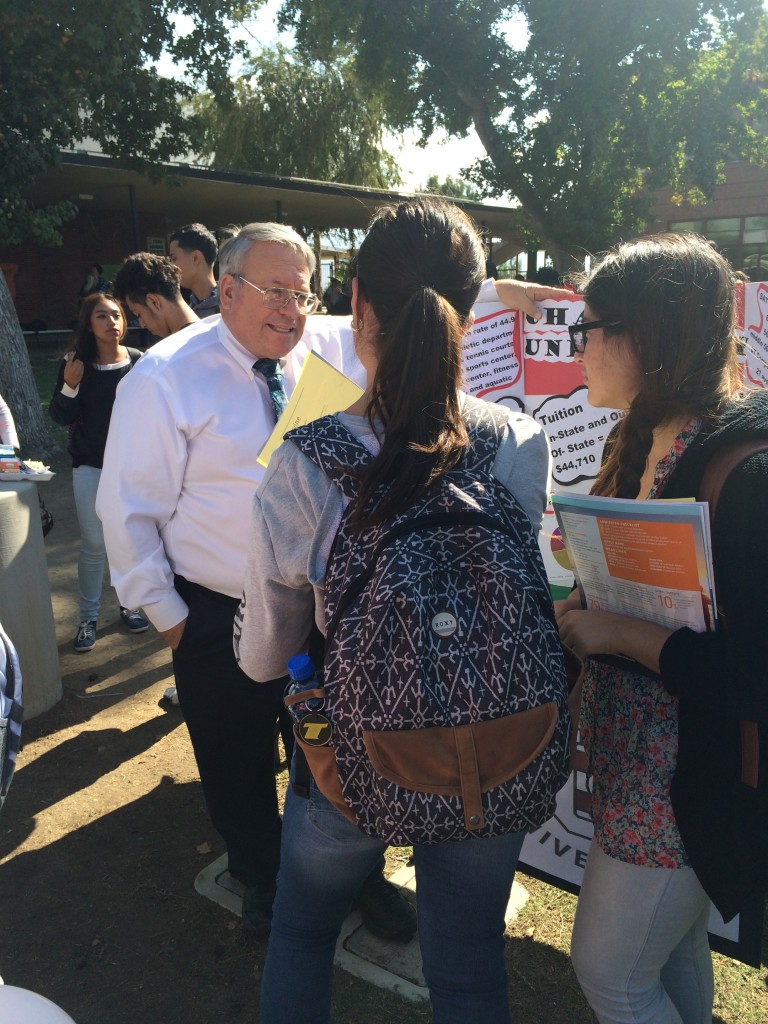 On the big day, the AVID club members were dressed in professional attire, next to the table that had their poster board. As soon as the lunch bell rang, the quad was filled with students there to get as much information as they could about all 17 schools like Fresno State University, Chapman University, Universities of California, San Diego and Santa Barbara, and many others.

As I stood back and observed all my fellow classmates move from table to table I couldn’t help to think: what a great experience. I’m proud that my peers want to push others to succeed beyond high school and that they took time out of their own schedules to organize this event. It makes me see that the stereotypes are not true: Arvin High students are determined to succeed and they don’t want anyone to get left behind. They want to change the culture of Arvin High for the better and they know that the best way to start is by getting the student body excited about college. 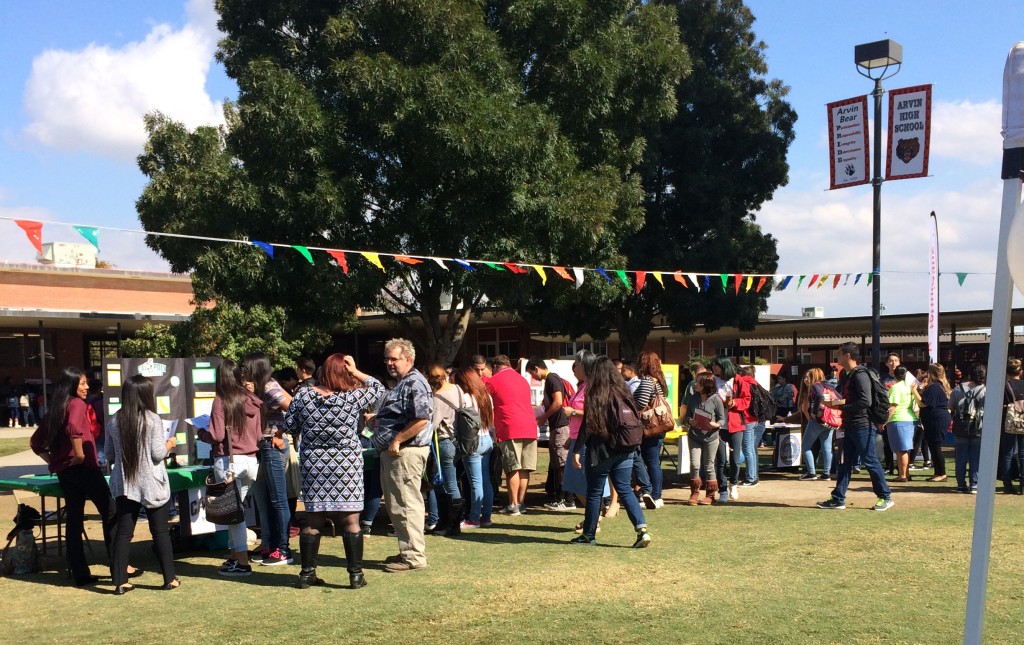 College fairs should be held in every high school so that every student is aware of the world of options available to them. In rural places like South Kern, many students don’t know about college options that are outside of the Bakersfield area. Many also don’t know about scholarship and financial aid opportunities that can bring college into their reach. And, most importantly many Arvin students, especially those who would be the first in their family to go to college, don’t picture themselves as future college students. It’s time to change this.

Creating a college-going culture in Arvin starts with the students, and the college fair was a first step.