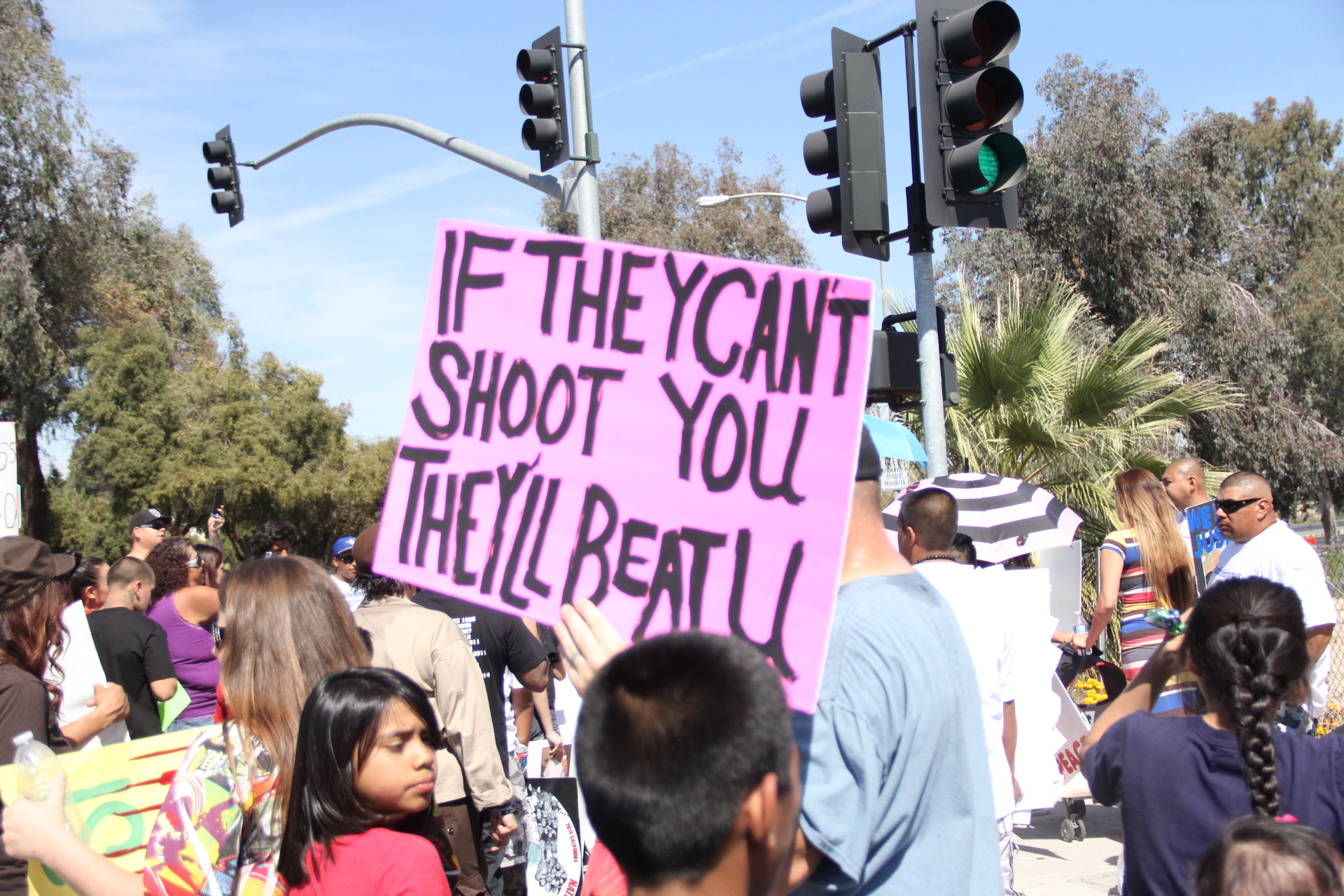 Ed. Note: Last week the British newspaper The Guardian published an article naming police in Kern County the deadliest in America on a per capita basis. The story was the first in a five-part series looking at police shootings in the county, which to date number 13. South Kern Sol asked youth to weigh on the issue and offer some ideas on how to reduce police violence in their community. Most said they were not surprised by the report, and pointed to a longstanding disconnect between the Kern police department and community residents.

My first thing would be to implement routine training for officers every six months in a variety of fields — from anger management to dealing with stress — and how to incorporate that training into a real-life situation. I would also require annual psychiatric evaluations.
— Jesus Meraz, 21

I think there needs to be more focus on emotional training rather than physical training for officers on how to handle people.
— Nicholas Medina, 17

There should be classes for officers on how to talk to someone without automatically being rude or automatically assuming guilt.
— Ariana Griffin, 16

There needs to be more community involvement. I think people are just as scared of cops as they are of criminals. We have a cop at our school and I’ve never seen him reach out to anyone. It would be nice to see …  more positive interactions.
— Bethany Withnell, 15

I think that most of the time police are just mis-reading people and that’s what leads to violent actions.
— Paola Duarte, 17

In my opinion, cops have a terrible job. If you’re a cop and you’re fearing for your life, you may not know what’s going to happen at a traffic stop, especially in bad areas of town. When you’re a cop, you don’t know whether that’s a toy gun or not that a person is holding. I would say we need to give cops a non-lethal way of dealing with people that works.
— Ryan Hatton, 16

I don’t think it’s a problem of racism or discrimination, but a problem of police officers being unprepared. When police pull out a weapon they are trained to kill, not to immobilize. Even when I lived in Crenshaw, one of the most violent areas of Los Angeles County, I very rarely heard about police killing people.
— Carlos Ramirez, 17

The police should … establish more connections with members of the community. I think the root of the problem is a mix of bad police with bigger drug and crime issues we have in Kern. I don’t blame the police, I blame the criminal residents and police who act unlawfully. Things could change but we just say, “Oh well,” and move on with our lives … we get used to it here in Kern County and that upsets me.
— Jocelyn Cuevas, 16

I’m not surprised (by the report) because our police department sometimes takes it a notch higher than it should. It’s hard to explain what the root of the problem is, but I think it’s a lack of trust. The basis of our legal system is “innocent until proven guilty,” yet police officers quickly assume people are guilty and things go downhill rapidly from there.
—Evelyn Ramirez, 17