Letter To My Sikh Son: Be Proud of Your Identity 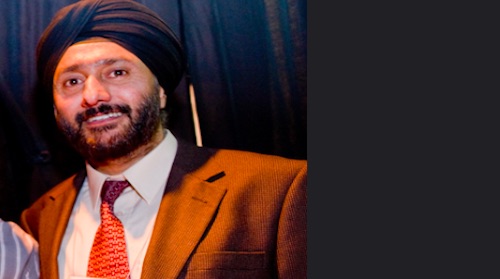 Editor’s Note: Bay Area resident Jaskaran Singh is dismayed that Sikhs in the U.S. are once again being mistaken for Muslims and becoming the target of hate crimes. Even so, he tells his 16-year-old son in a letter, Sikhs shouldn’t strip themselves of their identity even if it makes them stand out in society.

I agree with you that it’s a little ironic that we Sikhs are being mistaken for Muslims in the U.S. today, when the very idea behind our distinctive appearance was to distinguish us from Muslims and Hindus. I wish more people knew about the role of the Sikhs in the fight against the Mughal tyranny in 17th century India, and the sacrifices the Sikhs made to protect the common man’s right to practice their religion during Aurangzeb’s misguided attempts to convert the entire Mughal empire to Islam.

I wish people knew that when Guru Gobind Singhji prepared us for a life as saint-soldiers, sporting a turban and a beard and carrying arms, he made it clear that our fight was against tyranny and injustice, not against any particular religion or sect.

I am glad you are aware of our proud history. The other day, when talking about the recent hate crimes against the Sikhs in the U.S., you observed, “This is not the time to say we are not Muslims.” I am proud of you for thinking like that. It’s every Sikh’s duty to help those of any religion or race who are weak and cannot defend themselves again injustice.

But in order to do that, we have to come from a position of strength. While there are organizations fighting hate crimes and working to educate people, we can help by being strong and taking care of ourselves, and helping anybody else who cannot. One way of doing that today is to stand by the side of our Muslim friends.

The Sikh way of life is simple: work hard to earn an honest living, share what you have, and remember God. Our Gurus taught us to be fair, to respect others and their religions. Remember how after 9-11 we rushed to take down the khanda (the Sikh emblem) from our car so people won’t mistake it for an Iranian flag, and felt so bad about it afterwards? I remember doing something similar following the 1984 killings of the Sikhs in India. Maybe it’s time we stop rushing to prove whatever it is we are trying to prove by such acts. It’s time to stop living in fear. Yes, we are not Muslims, but we don’t need to go around announcing it to appease hate mongers looking for a soft target.

So today, even as I join your mother in asking you to be careful when you are out on the road and avoid getting into an argument over religion, I also want you to remember that we are warriors, and must always be ready to fight any bully when all means of a peaceful resolution have failed.

I am happy you are strong in your faith. I’m sure you’ll have questions from time to time. Please don’t hesitate to ask them.