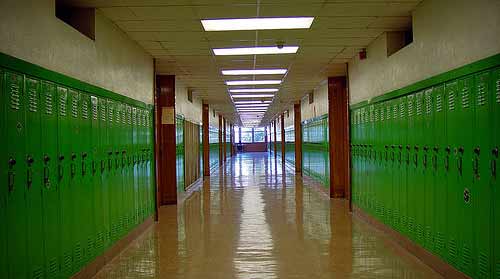 California schools have traditionally operated under the zero tolerance approach to student behavior. Zero tolerance has caused student suspensions and expulsions to skyrocket across the state, particularly here in Kern County, and has left students discouraged and behind in school. Zero tolerance policies have failed to create better learning environments for our students, have failed to make schools safer and have exacerbated the state’s achievement gap between students of color and their white peers. Nobody has benefited from zero tolerance; not students, not school districts, not the communities we all live in.

In 2011, the Center for Public Integrity published an article on suspensions and expulsions in Kern County titled “An Epidemic of Expulsions.” In that article, the Kern High School District was referenced as suspending and expelling students of color at a disproportionate rate compared to their white counterparts. Both Bakersfield High School and East Bakersfield High School were mentioned in the article. The article cited data that showed Latino students composed 55 percent of the student population in Kern High but were responsible for 60 percent of the district’s expulsions over a 5 year period. Black students were 8 percent of enrollment but accounted for about 15 percent of the expelled student population. At that time, Kern County was home to only 3 percent of California’s students but was responsible for 14 percent of the state’s expulsions. The article raised eyebrows and forced the KHSD to join into a debate that was already waging across the State regarding high suspension/expulsion rates and the disproportionalities of those rates in regards to students of color.

In March 2014, the California Department of Education identified the KHSD of having significant disproportionality for the 2012-13 school year in regards to the suspensions and expulsions of male, black, special education students. In October of 2014, the KHSD partnered with Dr. Jon Eyler of Collaborative Learning Solutions to provide outside confirmation of the CDE findings. Dr. Eyler corroborated the CDE findings at the June 2015 KHSD Board of Trustees meeting and stated that although the findings were specific to male, black, special education students, extrapolation of the data would find Latino and black students in the general education program are being disproportionately suspended and/or expelled from the KHSD.

Zero tolerance policies can prove disastrous for a student’s educational outcome because these policies keep kids out of school. The short-term effects of missing school are an increase in delinquent, criminal and gang activity and failing grades. Long-term effects include poor physical and mental health, a higher risk of addiction, increased student drop-out rates, incarceration and a lifetime of poverty. Kern is the state’s fourth most poverty-stricken county. Policies that employ a zero tolerance approach work to grow that cycle of poverty rather than to reduce it. Zero tolerance just doesn’t work.

School districts across the state have acknowledged that there are better and more effective approaches to student behavior. KHSD is a local example. Thanks to advocacy efforts led by residents, teachers, parents, students and the Kern Education Justice Collaborative, which includes partners like Faith In Action, The Dolores Huerta Foundation and Building Healthy Communities South Kern, the district will spend nearly $3 million to implement a behavioral expectation framework known as Positive Behavioral Interventions and Supports at schools across the District and is supporting the introduction of Restorative Justice — an alternative to traditional discipline. Research and data have shown overwhelmingly that alternative approaches to student behavior such as PBIS and RJ reduce suspensions and expulsions, improve school climate and help cut off the school-to-prison pipeline when implemented correctly.

BHS is in year two of PBIS implementation and East, where I’ve taught for the last 20 years, is in the early stages of implementation. Implementing PBIS means setting student behavior expectations as a school community then teaching and reinforcing those expectations together. It’s an approach that teaches positive expected behavior and then focuses on the positive outcome of that teaching. PBIS doesn’t eliminate discipline. The goal is to reduce the need for discipline.

Zero tolerance doesn’t work. It’s time for school districts to look at the changes being made in KHSD and follow suit. My hope is that the district continues to support the change and that we stay focused on the needs of our kids. The suspension/expulsion data cited in “An Epidemic of Expulsions” paints a grim picture of the Kern High School District and of East High and Bakersfield High in particular. I know we are not that picture. This new direction will prove it.

Jesse Aguilar is a teacher at East Bakersfield High School and the vice president of the Kern High School Teachers Association.

This story first appeared in the Bakersfield Californian on Feb. 1.