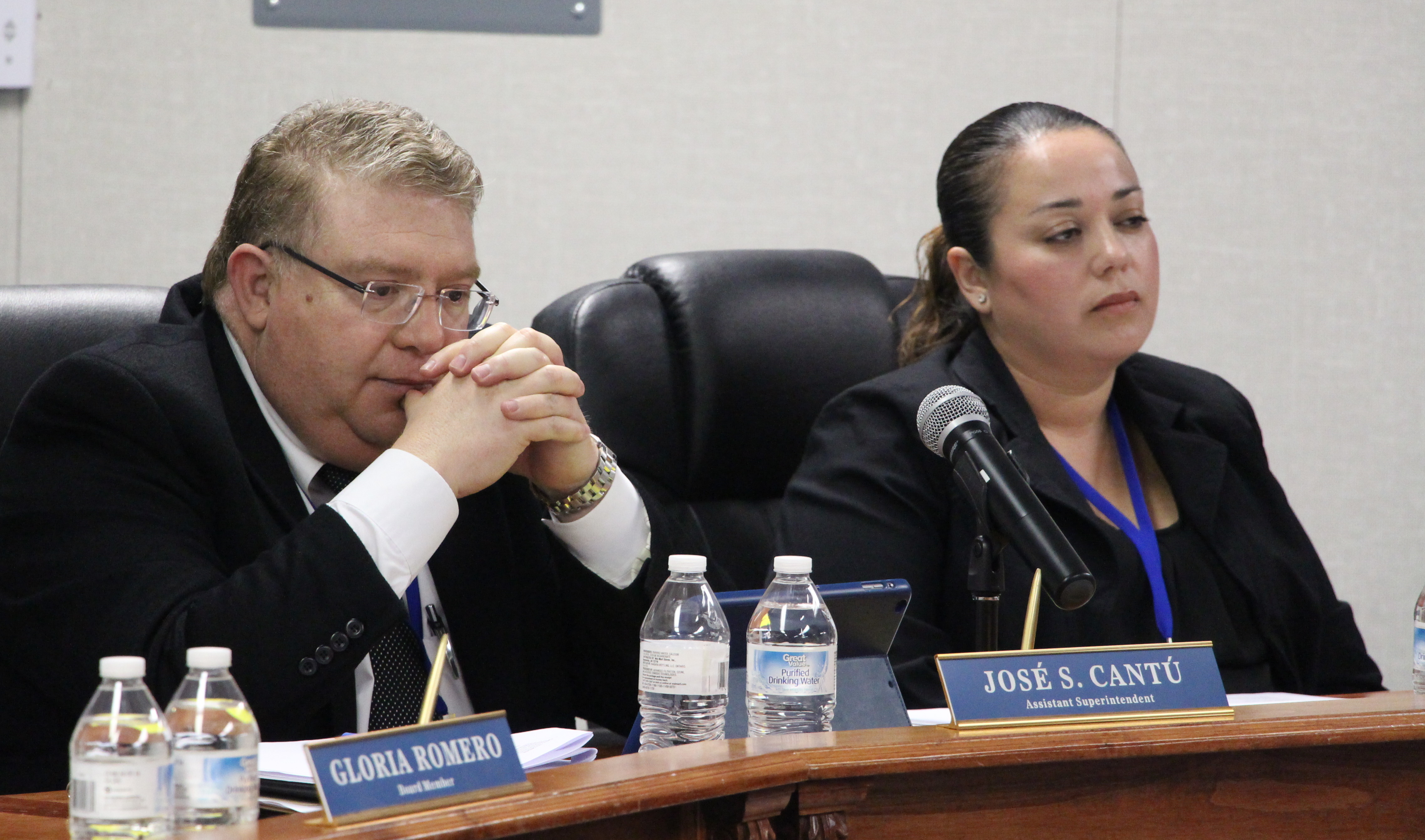 LAMONT, Calif. — The Lamont School District Board of Trustees meeting was a full house this past Tuesday as parents and teachers expressed their want for Assistant Superintendent Jose Cantu and their opposition toward him.

Cantu’s ability to be the Lamont School District’s assistant superintendent of curriculum and human resources is being questioned as news surfaced that Cantu does not have the proper administrative credentials for the position.

Now that Cantu is four years into his position, he is making $144,276 annually and is in charge of around 3,000 students. The district is a low academic performing district where, according to the most recent report of the California Assessment of Student Performance and Progress, 16 percent of students are meeting standards in English and 12 percent are meeting standards in mathematics.

Some believe that if Cantu was replaced by an individual who was certified, the students would have a better chance at increasing their test scores and overall grades, and the district would be  better off as a whole.

“We also find it problematic that an administrator with the proper credentials, training or experience has been in charge of enforcing disciplinary action for teachers within the district,” said President of the Lamont Teachers Association Stacie Rubinol. “We respectfully ask that these concerns be considered when making future decisions that ultimately affect our students and families of Lamont.”

“I’ll let you know Lamont School District that you have a genuine educational leader in your hands. Mr. Cantu’s experience, character and, above all, his devotion to Kern County’s children is an invaluable resource for any school district,” said Principal of Sierra Middle School Tomas Prieto.

Other supporters of Cantu spoke on his dedication to his work.

“The time I worked with Mr. Cantu I know he’s a very committed person and very dedicated to his job… I know that he works hard. We need Mr. Cantu here,” said school district employee Hilda Valencia.