South Kern Residents Push For a BC Satellite Campus 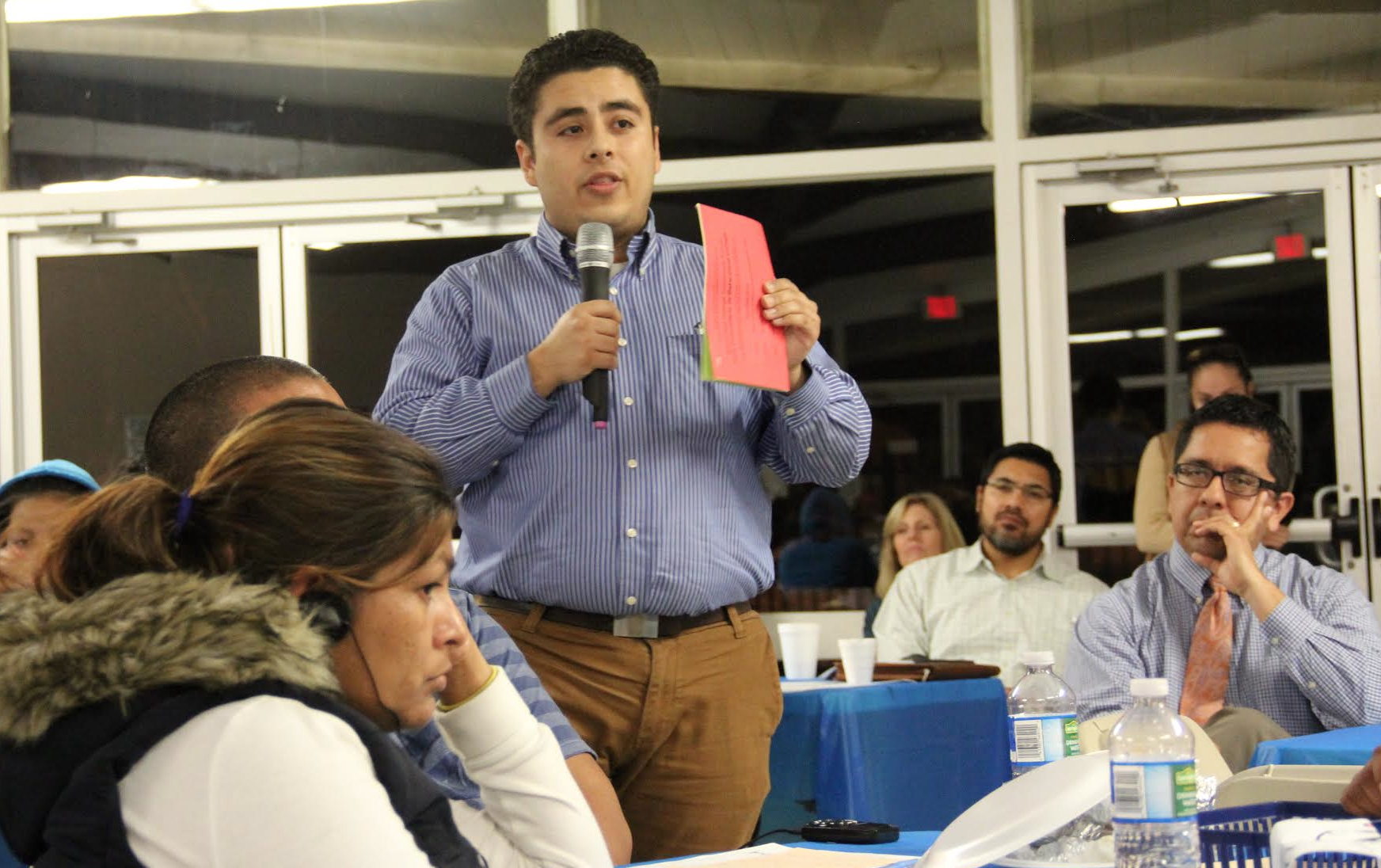 ARVIN, Calif. –Nearly 200 residents turned out at Arvin Veteran’s Hall on Feb. 18 for a discussion on the services and courses offered by Bakersfield College at Arvin High School. Instead, the conversation quickly turned to establishing what many here say is a critical and long overdue college campus.

Supporters of the additional campus say it would help build a college-going culture in an area where only 3 percent of residents now hold a degree.

“This is life-changing for our community,” said Martha Elias, a local resident and educator.

Burke added the city has donated 30 acres to the district for the campus. The site is located on the corner of Bear Mountain Boulevard and Highway 99.

Richard McCrow, the Rural programs director for Bakersfield College, said the school would be conducting a feasibility study for an Arvin campus. The final decision lies with the Kern County College District board of directors.

There are just over 170 residents enrolled in these courses that began at Arvin High School around 2005, according to McCrow. McCrow said that the most popular courses are the English and Mathematics courses. All the classes are taught in the evenings by Bakersfield College professors.

But residents say that isn’t enough, stressing the need for more and better educational opportunities in the community.

“I have worked in the communities of Arvin and Lamont for many years,” said Arvin resident Maria Hernandez, “and I see the need for a college here because we are all low-income.”

Hernandez urged school representatives to take a survey of Arvin High seniors to “determine how many of those students won’t be able to go to college next year because their families can’t provide them with the money and resources to be able to attend.”

The median household income in Arvin is $33,978, according to a study done in July 2015 by california.hometownlocator.com.

Others pointed to the lack of transportation as another impediment to college access for Arvin students.

Former Kern College District Chancellor President James Young told one station, “Transportation is a real barrier for most of the kids who live in Arvin. We want to see that barrier removed.”

According to McCrow, when large projects like this are done, the school would get the funds from a bond. The bond would take care of half of the project. Once the bond was received, the school would ask the state to match the amount of funds that the bond provided. This would all happen after a series of approvals.

The Arvin Union School District, Dolores Huerta Foundation and Chief of Police Jerry Martinez have all come out in support of the new campus.

At one point in the evening, a member of the audience stood and asked everyone in the room who supports the initiative to raise their hand. All hands quickly went up.

Bakersfield College President Christian concluded the meeting. “All of us here believe that education is the great equalizer that makes change happen in communities,” she said. “Thank you for asking us to dream big and thank you for reminding us of what our obligation is to this incredible community.”

Marcus Castro contributed to this story.