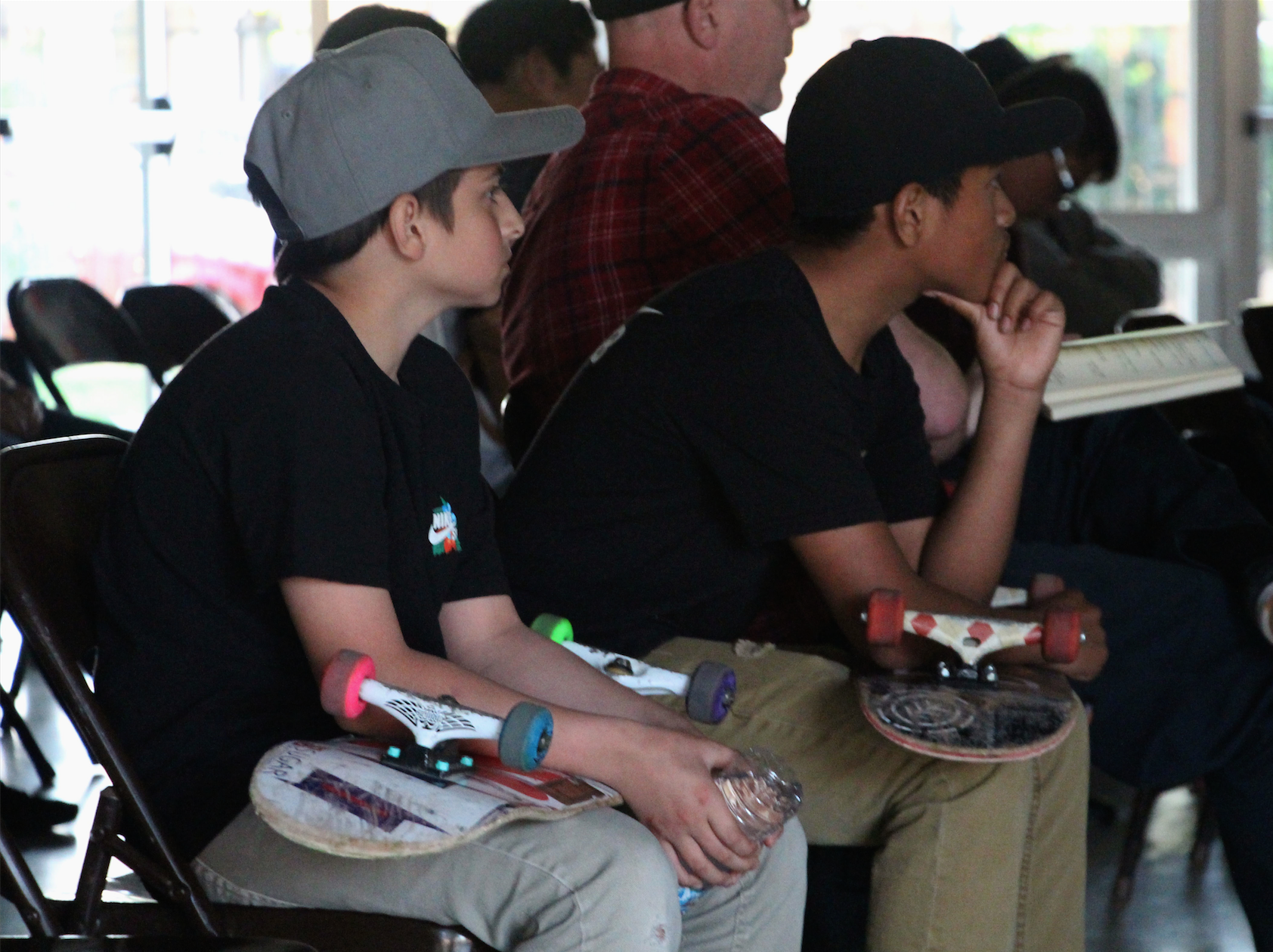 Skaters in Arvin are celebrating a decision to rebuild a skatepark that was taken down years ago because of safety issues. The decision to build the new park comes after advocacy efforts by local youth who say the city offers few alternatives for outdoor activities.

“It got to the point where [the old skatepark] was becoming dangerous to use,” said Arvin City Council member Jose Gurolla. The steel framed and wooden ramped park was demolished in 2015.

The new park, tentatively named the Arvin Action Park and now in the design phase, will be located at DiGiorgio Park and is scheduled to be completed in January of next year. The project is a collaboration between Bike Bakersfield, Spohn Ranch, Quad Knopf, the City of Arvin, and Building Healthy Communities South Kern.

Spohn Ranch Project Manager Vince Onel, a skater since the age of 10, and Quad Knopf Park Planner Michael Ratajski presented design plans to Arvin residents during a recent community meeting. Onel and Ratajski are now taking input from local youth as they begin to finalize the design.

The price tag for the new park is estimated at around $500,000. Developers are currently waiting on an environmental impact report from the county, which has already approved the project.

The idea for the new skate park was first introduced last year. Jason Cater of Bike Bakersfield said when area youth got wind of the idea they quickly got behind efforts to make it a reality. Cater said around 40 youth showed up to a City Council meeting to advocate for the skate park.

“The youth showed up to three council meetings straight, and they stayed throughout the entire thing. There was a group of 12 that stayed consistently throughout,” recalled Gurolla.

“We have nothing to skate, no rails or ledges. The fact that we always get kicked out of places and now we have a place to go makes me excited,” said Arvin resident Misael Prado, a 19-year-old skateboarder.

Emmanuel Chavez, a 25-year-old skateboarder, said the new park will help keep young people out of trouble. “A lot of friends went the wrong way because there was nothing to do. A skatepark can prevent youth from going the wrong way.”

It can also promote better health and improved social skills, according to Onel, who said the park will help get young people out of the house, off their computers and out into the real world socializing with people face to face.

He also said the new park means skaters will no longer be getting into trouble for skating where they are not allowed to.

“There’s a saying, ‘If your town doesn’t have a skatepark, it is one’,” said Onel.