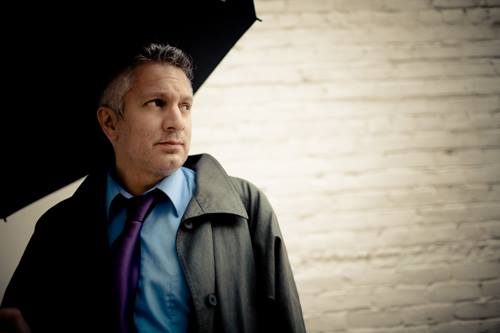 We are the voice of David Silva.

The world is watching.

It’s May 8, 2013. David Silva has already been escorted away from the Mary K. Shell Center and is lying on the corner of Palm and Flower streets.

Soon a sheriff’s deputy knuckle rubs Silva on the chest. The violence begins. This is the initial point of confusion for the rest of us. Silva is brought to his feet by a deputy, and after Silva falls on his face, the same deputy immediately decides to break him back down to the ground.

There is a solemnness to the surveillance video of the death of David Silva. A buzz-hum enters the brain. A taut feeling in the abdomen. A laptop becomes a window to black-and-white ghost movements. A man dies. We know this. His name is David Sal Silva. He is 33 years old. There is violence in the video. We know this too. But there is no blood and gore that we can see. The camera is too far away. It’s too grainy. Too dark. Only ethereal swings of nightsticks, some of them two-handed, as if ghostly boys push and shove each other out of the way, gathering around a T-ball set, smacking a ball over and over, all hoping for a homerun.

This is the fine line between peace officers and military tactics. This is our culture of violence.

Though a May 5, 2016 settlement has awarded the Silva family $3.4 million, there lies the question of what should happen next to stymie more unnecessary death. This could be nothing if you listened to Sheriff Donny Youngblood’s diversionary speech and believe him, which many undoubtedly will. He accepts no Sheriff’s Department blame for Silva’s death. He goes inanely further by spinning the idea that the case wasn’t a loss but rather a multi-million cost-effective measure.

His diversionary tactics we’ve seen across America. Discourse protecting policies of systematic violence. In counties like Kern this means continuing to create the very conditions of community violence they claim to prevent. A citizen’s death becomes a monetary number, a statistic in a dangerous culture where police batons are freely swung, and in doing so continue to propel the county into the most dangerous per capita police force in America.

My story Gaspar, which recently appeared in Pithead Chapel, is partially inspired by Silva’s death. A Latino boy in East Bakersfield is as tough as they come. His great grandfather was in the Big Red One, a true WWII hero who was a medic, one of the first to treat Holocaust survivors. While Gaspar doesn’t understand war, he does understand there’s violence in this world, the death of an uncle, the incarceration of another, the brutality of stepping out of line in front of the local police.

Gaspar doesn’t come across as understanding oppression. He hasn’t yet felt it in his bones. But you the reader know it’s there. He thinks the drivebys, stabbings, shootings, and fights on his street are normal. Are they normal? He doesn’t understand the framework his neighborhood operates within—a framework of white rule.

When Gaspar turns on his own cousin, Angel, who works for a racist mortician, you see in essence how family has been allowed to kill family. At this crucial moment you realize that something has failed terribly in the system. This isn’t just the American way of life in a neighborhood where families do sometimes fail each other. You realize this failure is across the board, a monstrous leviathan gathering all in its oppressive swath. This is a total failure of community that has at its violent head the police, but also include the people who care for the dead, families, education, health care . . .

What’s worse than society crumbling before a child’s eyes?

The truisms in Gaspar not only depict a culture of violence but a framework of oppression. A framework where the citizens of the southern Central Valley co-exist, where there’s rarely a protest, and when there is, citizens often fail to recognize they are part of a society with the wool pulled over their eyes . . . We are afraid to protest a culture clash with the local government. We are afraid to protest disappearing water, racist high-school suspensions, oil refineries, or the death of a loved one like David Silva at the hands of police. We are afraid to anger families, friends, newspapers, TV stations.

Stories like Gaspar are my main methodology of protest and discourse. They send a message how literature can illustrate what people are so afraid to speak. When I read these stories to classrooms, discussions can’t escape “the unsayable.”

Rainer Rilke in Letters to a Young Poet, a collection of ten letters he wrote to Franz Kappus between 1902-1908 illustrates this idea:

Things aren’t all so tangible and sayable as people would usually have us believe; most experiences are unsayable, they happen in a space that no word has ever entered, and more unsayable than all other things are works of art, those mysterious existences, whose life endures beside our own small, transitory life.

Writer Andrew Solomon says in his March 11, 2015 New Yorker article, “The Middle Of Things: Advice for Young Writers,” “ . . . but, of course, the writer’s job is to say those things that appear unsayable, to cloak with language those volatile experiences that seem barely able to endure it.”

It’s the job of writers, the down in the trenches ‘literary’ writers, to see things as they truly are, and to find the language that describes those things as accurately and fully as possible, without sentimentality, or a political agenda, or a wish to please the reader.

In Kern County there are specific dangers that need to be further revealed: a culture of violence ignored by a blameless sheriff, a policy that doesn’t address mental illness or addiction in ways that always value human life.

The language of protest against such systems of oppression and violence has to continue. It’s not just a part of Kern County but America across the board.

And while discourse will continue to come from American fiction writers and poets, such protest can come from anyone in Kern County willing to write about or discuss community violence in ways that illustrate true community conditions, not those conditions spun by a sheriff’s department that wants to control citizens through diversionary arguments instead of reforming a system of violence.

Historian Bernard Bailyn wrote nearly thirty years ago in discussing the American Revolution: “I do not believe that ideas move history; people do, and people are the products of their time and place.”

This is what you do when you have a sheriff who has no substantial opposition from politicians or the media. You make an impact as an individual, as a person, because you are a part of this system too, and you have a voice.

Nicholas Belardes, formerly of Bakersfield, is a Latino writer and illustrator. He ghostwrites for popular fiction. He has contributed to Carve Magazine, Pithead Chapel, Memoir Journal, 826 Seattle’s What to Read in the Rain, Knock Magazine, Mission at Tenth, the Nervous Breakdown, the Weeklings, and others. He illustrated the New York Times best-selling novel West of Here, and is the author of the first experimental twitterature, Small Places.