An open letter to the KHSD Board 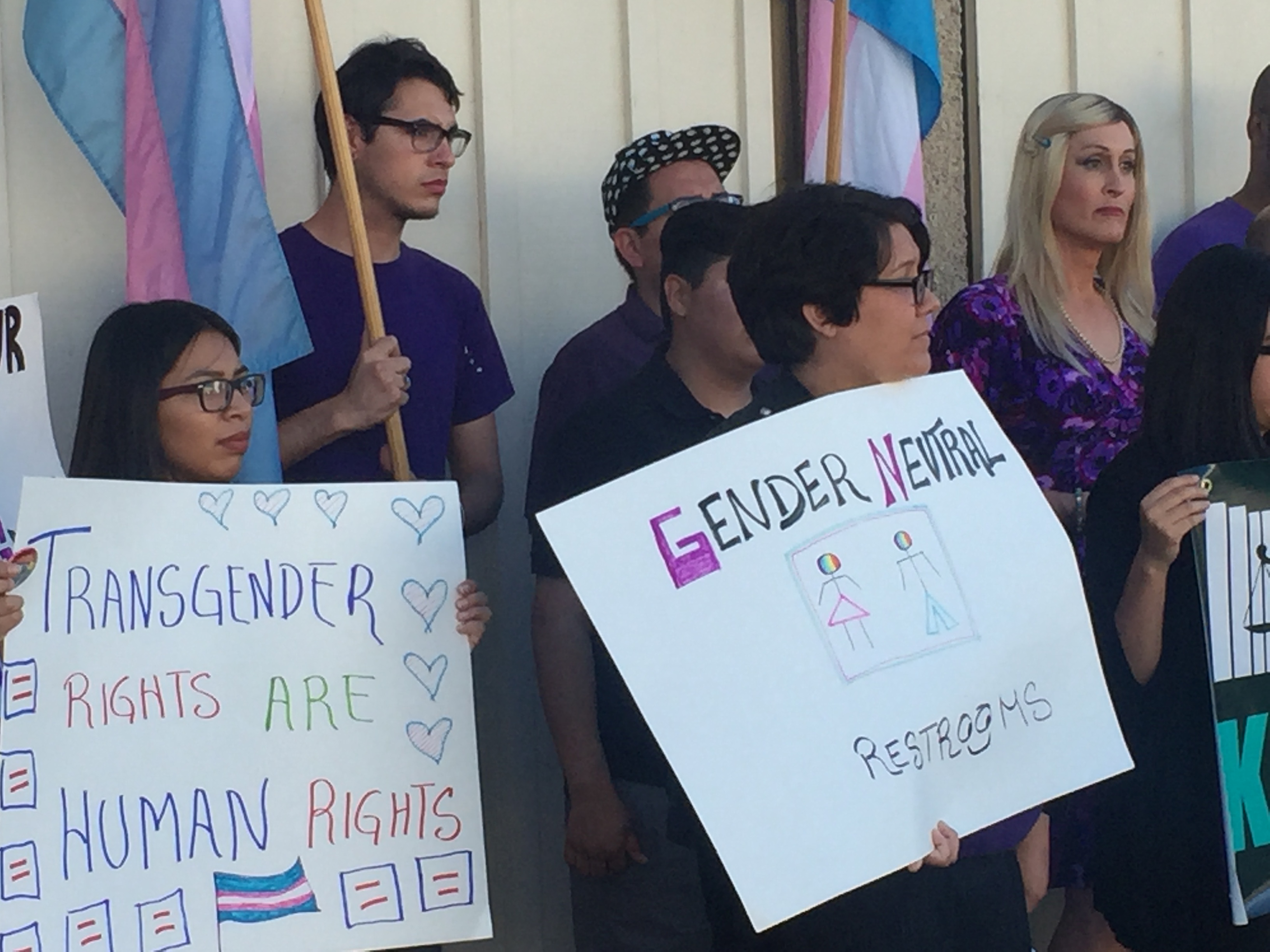 Ed. Note: The following letter was read before a meeting this week of the Kern High School District Board of Trustees. The meeting was attended by dozens of community activists who turned out to press board members to implement White House recommendations on allowing transgender students use of restrooms that align with their gender identity. In recent weeks certain members of the board have publicly stated their opposition to the proposed rules. Districts that do not comply with the recommendations risk losing federal funding.

Next, let us take a look at the definition of bullying from another section of the KHSD website: “Bullying is unwanted aggressive behavior among school aged children that involves a real or perceived power imbalance.”

Unfortunately, today I am not standing before school aged children. You are all grown men here, and I was very disappointed to hear the words of several trustees in the Bakersfield Californian. Going to the restroom safely is a real concern for many transgender youth. Going to the restroom that is not consistent with their gender identity is a safety risk for trans students. Mr. Williams referred to the federal funding component of the recommendation as “blackmail and classless.” This is not true. These guidelines help transgender students be safe. What would be classless is not looking out for a student population in the district that is so vulnerable. So vulnerable in fact that there is a section dedicated to bullying & LGBTQ Youth on the board’s website!

I quote: “Lesbian, gay, bisexual, transgender, or questioning (LGBTQ) youth and those perceived as LGBTQ are at an increased risk of being bullied.” Under this section, there is a list of things we can do to create a safe environment for these youth, including establishing a safe environment in school. Again the site says: “Schools can send a message that no one should be treated differently because they are, or are perceived to be LGBTQ.”  Allowing Trans students to participate in school just like any other student will help them thrive. Trans students should not feel as if their only option is homeschool because of bullying or harassment.

As an instructor in the KHSD I stand before you because I work with students who identify as LGBTQ.  One of my students here at the KHSD identifies as a transgender male and he is one of the most outstanding students I have ever met. He is an outstanding leader and exemplifies excellence in his work ethic, his drive, and his compassion for others. In all my years of teaching I have never had any complaint about this young man, and on the contrary he has always displayed excellence in all things and exemplifies why our trans students should be embraced and protected. He – just like you and I – deserves the right to his education without fear of persecution or judgment based on his gender identity.

Together we can send a message, and be on the correct side of history. I would like to thank the board members who voted in favor of adopting the White House recommendations. Although a symbolic step, since this has been state law since 2013, it is a step forward.

It is time to move forward in the direction of progress and respect for those in our community. Let us stop this hateful rhetoric, and not play politics with human rights. This is more than just bathrooms. This is about the dignity and respect that we give to all students in the district, especially those who are most vulnerable. Let us learn from our history, and reflect on our values of inclusivity, tolerance, diversity, and respect for every individual in our community.