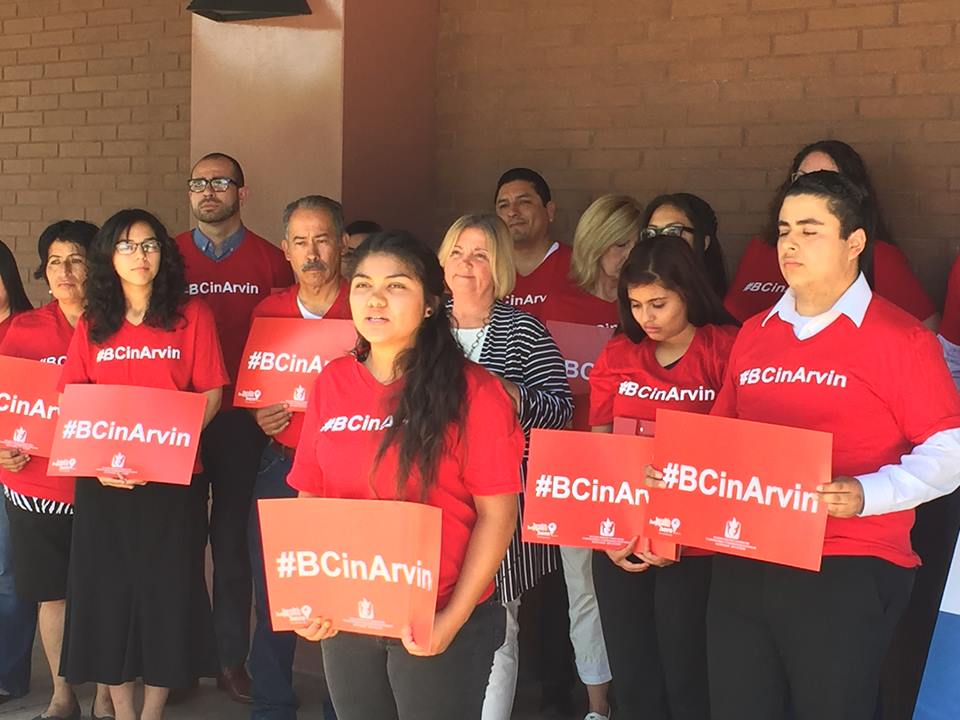 My morning started like any other; I woke up and ate breakfast and watched some TV. I would’ve never guessed that later on that day, I would join others in my community in a powerful conversation about our collective future.

Telemundo along with several other news channels were there the morning of the press conference. Soon, residents from Arvin, Lamont and Weedpatch were standing in front of cameras waiting for the press conference to begin. We wanted to get our message out; we wanted those who don’t know about our cause – the importance the establishment of a Bakersfield College (BC) satellite campus in Arvin – to hear about it on the six o’clock news.

I was the first and youngest speaker to address the Kern Community College District Board. I told them about how I am going to start taking classes at BC and how I will have to wake up nearly two hours earlier than usual to catch the bus. I spoke about the fact that I have to pay bus fare to get there and back, which adds up to $10 a week. That might not seem like a lot, but for my parents and other families in Arvin it is $10 less per week that they have to spend on needed things like rent, food and bills.

After me, another student from Arvin told the board about how he will have to rely on carpool and the bus to get to BC. He was followed by an Arvin High School teacher and an Arvin city council member, both of whom explained the need for a BC facility in Arvin. There was one line said that really stuck with me: “If we don’t see it, we won’t believe it.”

A Bakersfield College facility in Arvin will help our community see that college is possible.

Read Yesenia Aguilar’s commentary about the need for a Bakersfield College Center in Arvin here: Putting Higher Ed. Within Reach for Arvin Residents.