In a Polarized World, A Call to Common Sense and Common Bonds 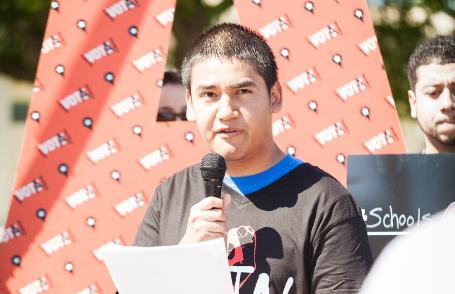 In a political season that has become so polarizing, Americans are beginning to see their world through bi-polar lenses. In this world, the thinking goes, you only have 2 choices; and if you’re not on the correct side, you are everything that’s wrong with the world.

These divisions go back to the very beginning of our nation, when you were either a free white person, or a colored person with no rights at all.

This whole “Us vs. Them” mentality has left our nation fragmented and more polarized than ever at any other time in recent memory. You don’t need to look any further than the comment section of any political post on social media to see people ridiculing each other on both sides of the aisle. Actually, you don’t have to look any further than our current Congress, where gridlock has become the norm.

How did this happen? It all began with a single train of thought … a thought that you must judge an entire group of people based upon the actions of a few, or a single person.

When a radical terrorist (domestic or foreign) commits an atrocious act that leaves our country devastated, we are quick to point fingers at the community this person comes from. But it goes beyond the threat of terrorism. When a police officer shoots an unarmed black man. When our economy crashes. When the American dream no longer seems obtainable. When things are failing in our nation, we find a vulnerable group that is “different’ in one way or another. We scapegoat a race, a religion, or a trait that defines a group and put the blame for all the nation’s ills on that one group. Because they are “different.”

I’m here to tell you that it doesn’t have to be this way. When police brutality occurs, there are still millions of police officers across our nation willing to sacrifice their lives and put themselves in harm’s way in order to save yours. When a terrorist attacks our nation in the name of Islam, I want to remind you that there are millions of Muslims in the U.S. who condemn these attacks, and thousands more that serve in our military to protect us against these terrorists. When you try to blame undocumented immigrants for crime and drugs, I’ll remind you that there are millions of undocumented immigrants who love this country and contribute to it every single day, allowing countless Americans to enjoy the fruits of their labor.

So when you hear Donald Trump talk about banning Muslims in the United States, or blaming Mexicans and undocumented immigrants for our nation’s problems, we must remember our common bonds.

That’s not to say we shouldn’t do anything about these issues. We should address the failing trust between communities and law enforcement. You can still support our police officers while advocating against police brutality. You can still go to mass every Sunday, and embrace your LGBTQ neighbor with nothing but love and support. We should embrace our diversity in America and stand up anytime we hear injustice or persecution against a any one group. We are all Americans and in the end we share a common goal.

There are Republicans who genuinely care about the environment. There are Democrats who genuinely believe in fiscal responsibility. There are liberals who believe that we should tax less, and there are conservatives who believe that we need to support the LGBTQ community. The next time you are quick to judge someone simply because of a trait that defines them politically, religiously, racially, or otherwise, I encourage you to give yourself a reality check. The day people realize you are simply staring at another human being that breathes the same air, inhabits the same earth, and wants to live in a peaceful world just as much as you do, is the day we can take a step towards peace within our country, and within ourselves.

As we reflect on all of the tragic events that have unfolded both in the United States and around the world in the past year alone, it’s important to remember the words of the great Martin Luther King Jr.

Only light can do that.

Only love can do that.”