Arvin City Council Refuses to Include Sanctuary Discussion on Agenda

The issue of sanctuary cities began when President Trump released an executive order that supports immigration enforcement and punishes local governments that does not comply with federal authorities. In sanctuary cities, officials refuse to hand over illegal immigrants for deportation.

The city of Arvin, which is nearly 90 percent Latino, has not declared itself a sanctuary city but faced immense community pressure to do so.

The residents of Arvin gathered around city hall with posters that read “We are here to stay” asking for the Arvin City Council to walk in their shoes and help them see that a city is not a city without its people. 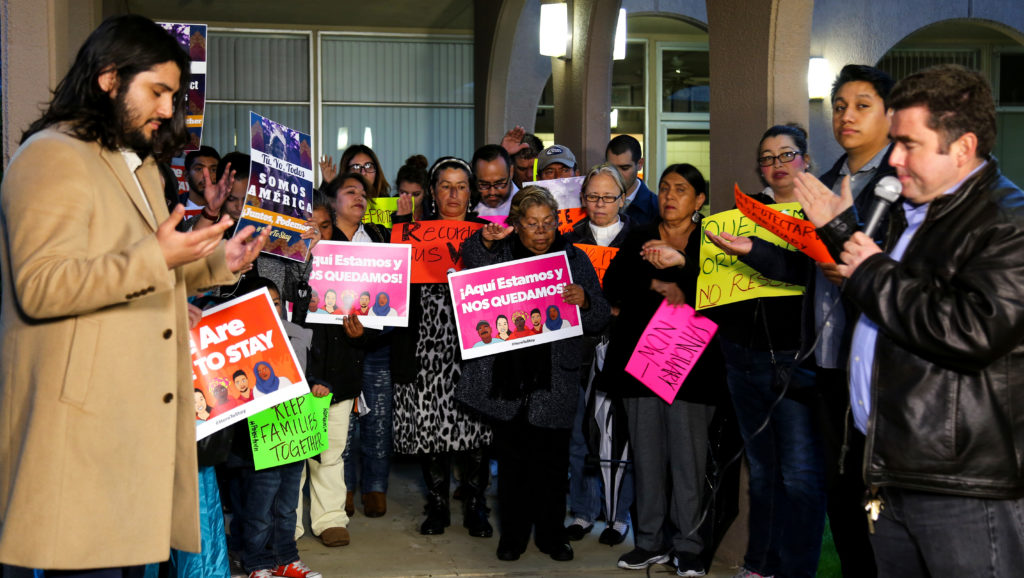 Before the meeting started, Father Jorge Luis de la Torre from St. Thomas Catholic Church prayed in front of dozens of residents and in front of several news cameras. Then, the crowd walked into city hall and the meeting began. 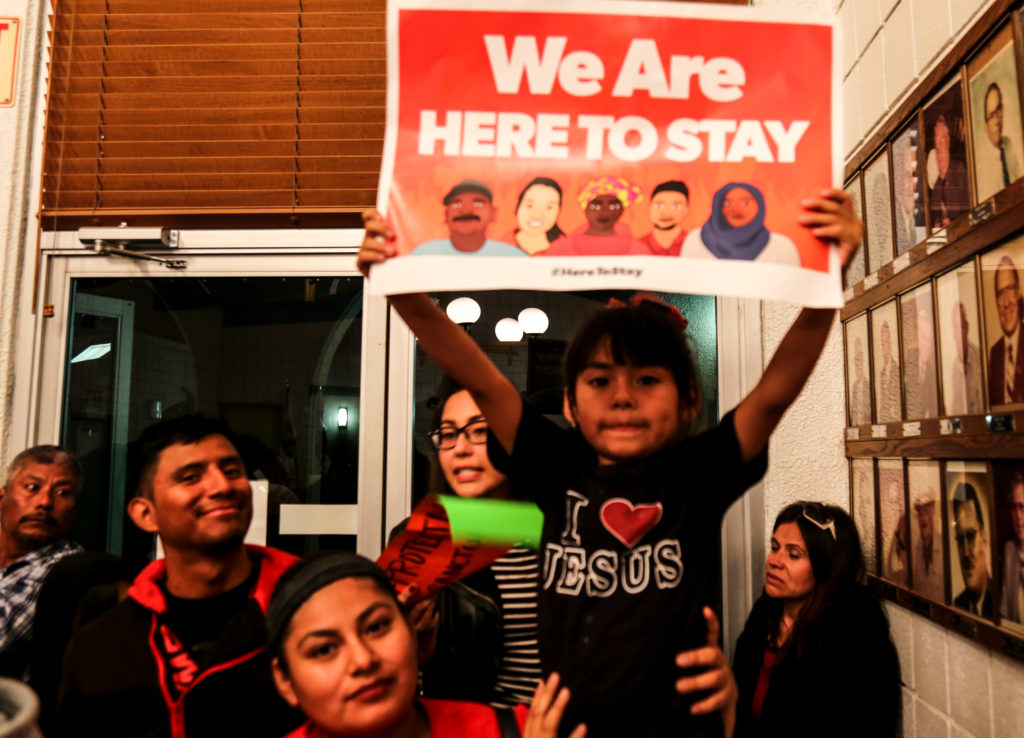 Public comments were full of people asking the council to declare Arvin a sanctuary city. Laura Rodriguez was one of the speakers.

“Arvin needs to declare itself a sanctuary city to protect the well-being of our families.”

Rodriguez recognized that federal funding would be in jeopardy but that the alternative is that, “[t]he city will have nice parks but will have sad children with broken hearts because their families have been separated.”

Residents filled every seat available and lined the walls, and overflowed into the lobby.When a resident asked “In a show of hands, who supports Arvin becoming a sanctuary city?” Nearly every hand went up. 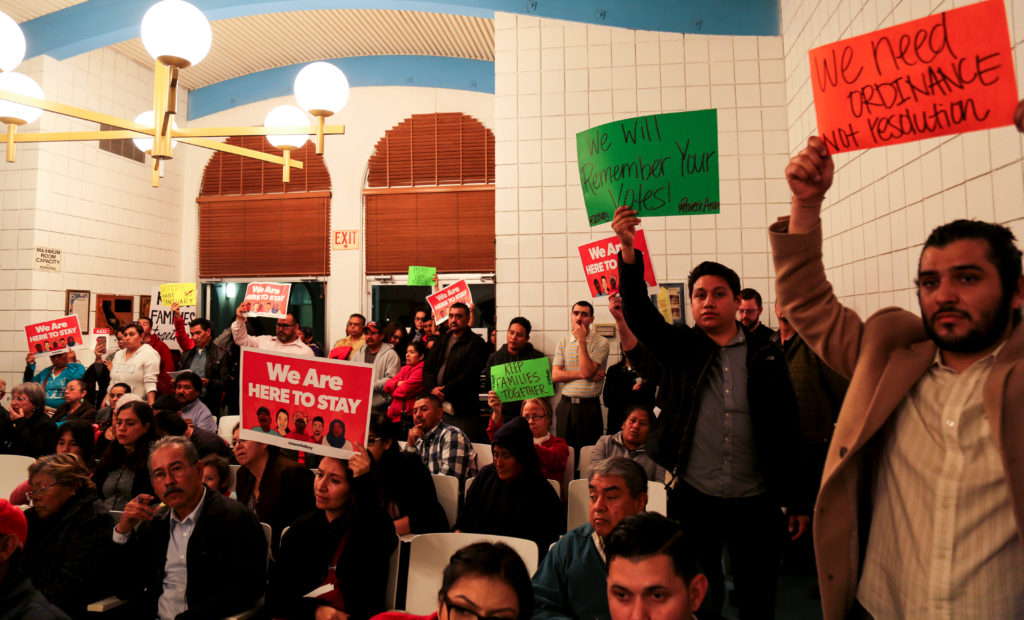 The most powerful moment of the night however was when an Arvin High Student, Hector Pimentel gave his own testimony.

“I know what it feels like to have a family member deported. At the age of 5 my mother was deported and this affected my health and my well being, even my social life. I wish this upon no one. It’s not about what has happened to me or you but what we will do differently moving on from this day forward. This affects the little ones, parents and families. I want you to put yourself in my shoes and of the hundreds of families in our community. We need to protect our undocumented community for they are being targeted on a national level. We need to become a sanctuary city to remind our american society that we are here to stay. We are seeds that have been buried and we will not move from here. Here, we will simply grow.”

Mayor Jose Gurrola motioned to include a vote on the sanctuary ordinance on the next council meeting’s agenda for more discussion and a vote. Councilmembers Madrigal and Robles voted against the motion and Councilmember Ortiz left the meeting before the motion went to vote. The motion failed with 2 votes in favor and 2 against.