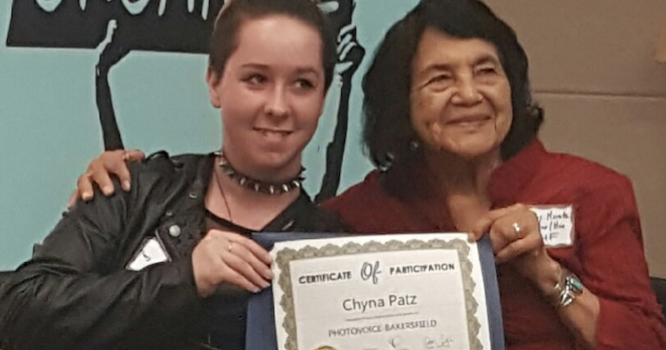 Ed. Note: Oct. 11, 2017 marked the 29th anniversary of National Coming Out Day, a celebration of the march on Washington which saw half a million in protest for gay and lesbian rights.

I never want another person to feel unloved and unwanted the way I felt before I came out. Those times were emotionally destructive, but I overcame them and so can you.

Everyone deserves acceptance regardless of their orientation.

Knowing now what it feels like to have the love and affection of the LGBTQ+ community, I want to spread that love to those who may not feel the same.

Let me begin by saying: I am me. A young girl, a sister, a daughter, a family member.

I have never changed, but I have grown in who I am. Those of us who are LGBTQ+ must learn to embrace our lives, to choose not to be fake, to know who we are.

Our uniqueness, unfortunately, often attracts intolerance. And when people aren’t accepting of us, the result is often harmful.

Parents must understand, a child comes out partly because of trust. The child is trusting the parent will show unconditional love, as well as tolerance and understanding of the child’s LGBTQ+ uniqueness.

But some kids are too scared to come out.

The fear of a parent turning his or her back on a child can cause anxiety and stress. Kids don’t always know how much a parent loves them. Emotional acceptance is hard to gauge and often leads to questions like: “Will a parent only love me until I come out?”

Kids want to be loved no matter what.

It took me years to see that Mom loved me for who I am. When I finally understood, my coming out became easier.

Like other LGBTQ+ people, I dislike the stereotype that because someone is LGBTQ+, their offspring will also be LGBTQ+. There’s also the ridiculous idea that any children hanging around us will somehow magically make someone LGBTQ+.

This is not true.

Being LGBTQ+ also does not make one a sexual deviant.

Simply because you like a certain person, or type of person, doesn’t mean you want to be in a relationship. In fact, some of us are asexual, and aromantic. This means not having a sexual preference and not wanting to be in any type of romantic relationship.

Beyond LGBTQ+ Stereotypes: According to the UCLA School of Law website, around 1.6 million U.S. youth become homeless each year. Between 20% and 40% of homeless youth identify as LGBTQ+.

But what if kids are LGBTQ+? Should they be denied who they are? Not at all. The LGBTQ+ community will treat them with respect, just as we do with everyone else. So should you.

Love is the answer

To quote a friend, “If God didn’t want us to be this way, he wouldn’t have let us.”

Was I born this way?

Most of us in the LGBTQ+ are who we are from birth. There’s no denying.

We don’t complain about our identities. Like any reasonable person, we only want to love and to be loved.

My friend also says: “We’re not selfish and we’re not confused. It doesn’t make us any less human because we’re LGBTQ+.”

The quote illustrates our drive to want to help people. We don’t want anyone hurt because of who they are. We love everyone. We’re here for everyone. We do not discriminate.

That’s what being human means, doesn’t it? Tolerance and love.

No matter how you look at us, remember, we want the world to be a better place regardless of who you love, who you are, and how you feel about those who are LGBTQ+ in your life.

We want your love to shine as bright as the sun.

If you are an LGBTQ+ youth and have someone in your life who does not accept you, I’m sorry that they would rather live in darkness than learn to love your light. Just know that we love you just the way you are. Don’t let anyone tell you to change. You are perfect with all of your imperfections.

Shine bright, learn to love, and stay you.