Pulitzer Prize-winning journalist Sonia Nazario is currently an opinion writer with the New York Times. She won the 2003 Pulitzer Prize in Feature Writing for her six-part series “Enrique’s Journey,” which follows a Honduran boy immigrating to the United States, searching for his mother eleven years after she was forced to leave her family to find work in the U.S.

Throughout her career, Nazario has written stories that have covered other topics including hunger and drug addiction.

Nazario sat down with South Kern Sol’s JaNell Gore and spoke about her experiences reporting on immigration and journalism. 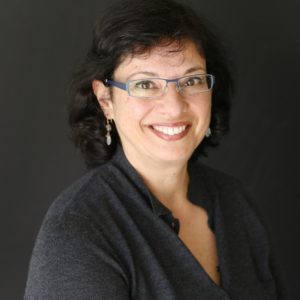 Q: What do you hope readers take away from Enrique’s story?

A: I hope readers put themselves in the shoes of these migrants and understand what these women face in countries in Central America, where they can only send their kids to school till the third grade, and they can only feed them once a day. Would you maybe make the same choice they made — to leave their children and come to the United States? I think what good journalist do is help put people in the shoes of someone else so they can empathize, so they can understand choices that those people have made. That’s what I was hoping to do.

Q: Why did you focus on immigration for such a large part of your career?

A: Actually I’ve written about a whole variety of social justice issues, it’s just that I wrote this story about “Enrique’s Journey,” and it has increasingly become the story of who migrates to the United States. Since I wrote it, it’s become something that’s been on the front pages in 2014 and most recently now. I think people pay more attention to that than some of the other pieces I’ve done. But, I’ve written about hunger and drug addiction and adoption. They created fairly large changes. So I’ve done a whole range of things. I just think because immigration has been such a huge issue, and especially children migrating has been a central part of that. I think educators have embraced the book as a way to have a conversation about who’s coming, and why they are coming. These are your new neighbors. You should know them before you hate them.

Q: The immigrant community in Kern County is big. What advice can you give the youth in our community who fear being separated from their families due to ICE raids?

A: I think it’s a tough time. Arrests are up about 40 percent under President Trump, and President Obama was called the “Deporter in Chief.” He deported up to 400,000 people in one year. So, that was no picnic either. But I think increasingly what we are seeing are raids. It seems like there are more raids in places where Attorney General Sessions and President Trump view as not with him. We have the Trust Act, the sanctuary laws and the state of California has sued this administration three dozen times, which is more than any other state.We are in open rebellion. I think they are sending ICE more to those communities. I think what I would tell them is know your rights. Know if somebody shows up to your house without a warrant, you don’t have to let them in. Have a guardianship plan for your child if you are arrested. Your child hopefully won’t end up in the foster system because you have designated someone to take your child instead of the system. It’s really important for people to know their rights. And I would say we need to vote. Forty-nine percent of Latinos voted in California in the last presidential election. A majority of Latinos in this state and a majority of Latinos in the US did not exercise their right to vote. That unconscionable in my mind. We have to somehow convince people that their vote matters.

Q: As journalists and consumers of news, how do we handle the bias in the media?

A: I think that we need to be much better at seeing the source of information, and I think as reporters, we really need to think about the baggage that we’re bringing to this story. For example, I was pro union. I was the union representative for the Wall Street Journal in the Atlantic Bureau, and I was sent to do a story about a company on strike. I really worked hard to leave everything that I believed at the door. What I discovered was the union had a very small strike fund, and they were very disorganized and should not have gone out on strike. That’s what I wrote. I think reporters have to do the best job to try to find out the truth. If you have a bias, and you can’t leave it at the door, then reveal it to your readers. Be honest. Be transparent with them. We have to gain back the trust of readers. If you play straight with people, they’ll listen to the rest that you have to say.

Q: How do we encourage the youth to be more engaged in news?

A: I think a lot of the kids I see in middle schools and high schools do really care, and they want to make the world better. But I think you have to take them out of their immediate little bubble. It’s a lot harder to hate an immigrant if you met one, right? It’s harder to hate someone that you do know. I think we can also encourage them through literature. That helps someone understand a group by putting them in the shoes of that person. I love it when places use my book as a common read, like they did here in Bakersfield. You’re not getting the kid that already thinks they know migrants or has migrants in their family. You’re getting the kid who emails me everyday and says, “I was racist and anti-immigrant. I was raised to hate all immigrants. I don’t know one, but that’s what my dad taught me.” A kid who was raised by a white supremacist in Arizona told me, “(‘Enrique’s Journey’) changed how I view immigrants.” To me, that’s been the most rewarding part as a journalist — to get those who live in hate and to see a different way of looking at this.

Ja'Nell Gore is a student at Cal State Bakersfield. In addition to writing for Kern Sol News she is a poet who loves any chance she has to perform and be with her community.