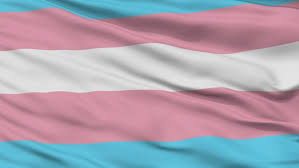 The Center for Sexuality & Gender Diversity and the California Rural Legal Assistance, Inc. are hosting a free Transgender Clothing Swap and Informational Session this weekend to support the local transgender community.

Those attending will learn how to petition for a legal name and gender change under California law, which can help transgender individuals update their identity documentation to accurately reflect their gender.

Recent changes in California law have simplified the process, according to The Center and CRLA. There are also ways to request the reduction or elimination of associated court fees.

However, at this time, many transgender individuals are concerned about the state of transgender civil rights, a press release says.

Recent news report revealed possible plans by the Trump Administration to change the federal legal definition of sex. However, the new definition has not been formally introduced.

“The recent news about Trump Administration plans to dramatically change the definition of sex portends serious challenges for our transgender clients and colleagues,” CRLA said in a statement released on Oct. 25. “The proposed definition, as reported, would narrowly define sex as either male or female, unchangeable, and determined exclusively by the genitals that a person is born with, or a genetic test.”

“Such changes will surely trigger a wall of legal resistance,” CRLA said in the statement.

The Clothing Swap is an opportunity for transgender, or gender non-binary people, to receive clothing that matches their gender identity and expression.