YOUTH PERSPECTIVES: First-time voter wants to make a difference with his vote

Adan Cruz, a 21-year-old Bakersfield College student, voted for the first time today, Election Day 2018. Although he was eligible to vote in the 2016 election, Cruz didn’t because he said he felt like his vote didn’t count. Since then, Cruz said he realized if he doesn’t agree with a policy or a politician, he needs to vote to see change.

“If we don’t vote, we are basically going to help the wrong person get into office,” Cruz said. “That doesn’t help the cause.”

After Cruz voted Tuesday, he said he felt good about his decision to vote.

“I feel like I’m a part of the solution now and not the problem,” Cruz told South Kern Sol.

And he wasn’t the only young adult at the polls.

“It felt good to see a lot of young people like me voting,” he continued. “Maybe now the younger population is seeing the difference that voting can make.” 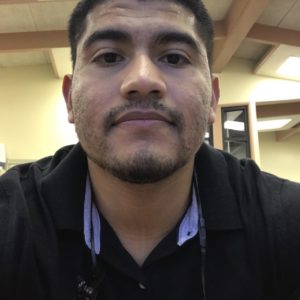 South Kern Sol spoke with Cruz before he voted Tuesday to hear his thoughts on voting for the first time. Here’s what he had to say:

A: I used to feel like my vote didn’t matter. I wasn’t really into politics, but I’ve seen the difference it makes.

Q: Why are you voting today?

A: I want to make a difference. Voting makes a difference around our community, and the area in many different ways that we don’t realize.

Q: How do you feel now that you are voting for the first time?

A: I’m feeling pretty excited. I already know who I’m going to vote for. It’s not going to be a hard decision. Im looking forward to that.

Q: What would you say to people who feel like their vote doesn’t matter?

A: What I would say it to be a difference. I did take voting for granted because I didn’t feel my vote would make a difference. I regret it, and I hope now I can make that change and be a part of the difference in this area and in California.

COMMON: ‘Voting is one of the greatest things a young person can do’