James Luckey Jr. has been in the newspaper business for as long as he can remember. When he was young, he woke up early to deliver newspapers to subscribers. Then he helped with layout, and now he is the editor of The Bakersfield News Observer.

For four years, Luckey, 36, has been the editor of The Observer, the only black Newspaper in Bakersfield. The paper was founded by Luckey’s grandfather, Ventura Watson, and his business partner, Joseph Coley.

“I think their vision when they first made (The Observer) was everyone’s news is equal, so just trying to showcase us as African Americans and minorities,” said Luckey. “Trying to even the playing field as far as general news and stuff that happens in our communities is just as important as anybody else’s community and news.”

One of the most pressing issues African Americans face in Kern County is lack of access to resources, Luckey said, and he tries to outline that issue in his news stories. 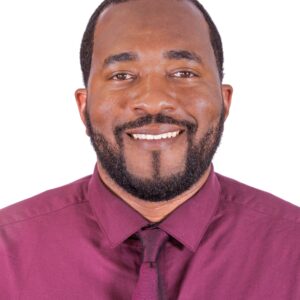 “Keep fighting for access,” he said. “Some access is available to us if you go out and get it.”

Although the paper was a family business, Luckey didn’t always picture the paper being his career.

“If I would have known what I know now, I definitely would have took different classes (in college) and trained more for what I’m doing now,” Luckey said. “Most of my training I got from trial and error.”

Knowing he would’ve taken a different route, Luckey is using his experience to advise young journalists interested in the field.

“Outside of going to school and getting the degree, do internships for newspapers and see the day to day of how the paper goes and what it takes to put the paper together,” said Luckey, who owns Luckey Vending, which offers vending machines with healthy choices.

Luckey has contributed to the success of the local newspaper. The Observer comes out once a week, and in its 42-year history, it has never missed a week. In 1984, The Observer expanded and launched a newspaper in Los Angeles and Antelope Valley.

This story was made possible with a grant from California Humanities, in partnership with the Bakersfield College Foundation and Virginia and Alfred Harrell Foundation.

Editor’s Note: To celebrate Black History Month, South Kern Sol is highlighting notable leaders in Kern County who are working to create positive change in their community. Do you know somebody who deserves to have their story told? Contact us at Elizabeth@SouthKernSol.org.

Ja'Nell Gore is a student at Cal State Bakersfield. In addition to writing for Kern Sol News she is a poet who loves any chance she has to perform and be with her community.