‘Home’ at last: Writer to share struggle to belong at CSUB presentation

Where: The Dezember Reading Room in the Walter W. Stiern Library at CSUB, 9001 Stockdale Highway

Parking: Free. For this event only, visit any parking permit machine, press #, enter the code 5533872,
press OK. A permit will be issued.

Even as young as she was, Mexican immigrant Reyna Grande knew that when she started to dream in English, she had lost a part of herself.

She had no words then – English or Spanish – for what she was feeling. Those words would come later. But she knew she didn’t fit in, not at home, not at school, not anywhere.

That rootlessness would shape her identity and influence every relationship in her life, inspiring two vivid memoirs of her experiences: “The Distance Between Us,” a 2012 finalist for the National Book Critics Circle Award, and the 2018 follow-up, “A Dream Called Home.” Grande’s other published works are novels: “Across a Hundred Mountains,” her 2006 debut, and “Dancing with Butterflies” in 2009. Her work has earned critical acclaim, including an American Book Award, the El Primo Aztlan Literary Award, the International Latino Book Award and a Luis Leal Award for Distinction in Chicano/Latino Literature.

Grande will discuss her writing and answer questions from the audience as part of the Writer in Residence series at the Walter W. Stiern Library at Cal State Bakersfield on March 13. The lecture is free and open to the public.

“I’ll touch on immigration – as an immigrant, there’s no way around it,” said Grande, 43, during a recent phone interview. “I’ll also discuss how my writing has helped to transform me as a person and how it has become a tool for social transformation.”

The Writer in Residence series launched in 2012 and has featured six writers, but never a memoirist until now. Curt Asher, dean of the Walter W. Stiern Library, invited Grande in hopes that her story would resonate with students and the community. 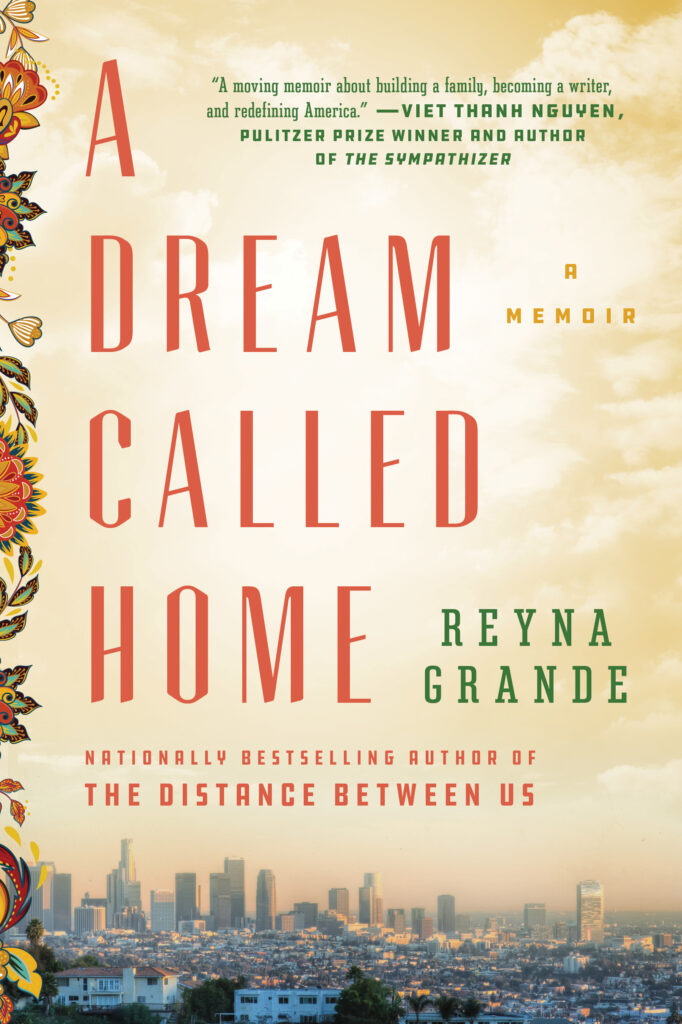 “Her story is inspirational and would bring an encouraging message of resilience to our students,” he said. “Her work is accessible and has been adopted by campuses across the country as a common reader.”

Grande immigrated to the United States illegally at the age of 9, years after her parents went north. Her father was reluctant to allow her to make the perilous trip with her older brother and sister because of her age, but she pleaded, and he relented.

She arrived in Los Angeles to estranged parents – a neglectful, remote mother and an alcoholic, abusive father. With her father, especially, Grande had a fraught relationship, affectionate at times but usually difficult. It was her father and stepmother who worked to secure Grande a green card, which arrived when she was 14.

And he meant it, leaving his children on their own to navigate a school system that, at the time, enforced a brutal program of cultural and linguistic assimilation. Eventually, Grande would learn there was a term for this erasing of her native language.

“Subtractive bilingualism. When you find yourself in a situation where they make you feel ashamed by the language you speak, it can affect your self-esteem and have long-term consequences,” Grande said. “It was really interesting to me to be able to name it. That was powerful. I never knew there was a word for it, this silent psychological trauma. It’s so ugly – ‘subtractive bilingualism.’ Bilingualism and multilingualism is beautiful and the very idea of subtracting a language and losing a way of expressing yourself is heartbreaking.”

Grande’s first memoir, “The Distance Between Us,” explored “the many kinds of distance that separated my family and the consequences of the separation.”

Her 2018 follow-up continues her story at a pivotal time, the transition from home – and childhood – to college.

“In ‘A Dream Called Home,’ I was exploring my search for a place to belong and realizing that nobody was going to give it to me, that I was going to have to create it myself.”

The mother of a son and daughter, Grande, who lives near Sacramento, said she is more rooted today than she’s ever been.

As a parent, she has tried to connect her children to their Mexican heritage, with varying degrees of success. Her daughter is fluently bilingual and biliterate, but her son speaks only basic Spanish.

“It’s really sad because I try to teach my kids the culture but I know it’s a lot more acceptable to my daughter than to my son because she can communicate in a way he can’t. In November, I took them both to Mexico for Thanksgiving break. We were sitting at a restaurant having dinner and this beautiful girl sat next to him. He kept texting me throughout dinner, ‘Mom, I can’t believe I’m sitting next to an angel and I can’t talk to her. I can’t believe you didn’t teach me Spanish!”

Being a mother also has taught Grande empathy for her father, who died seven years ago.

Grande currently is working on a historical novel, set during the Mexican-American War in the 1840s. She also is trying her hand at essay-writing, a new format for her, and hopes to put together a collection eventually.

As for the advice she shares with writers who have yet to be published?

“I tell them to dream with their eyes open. They can’t walk around in fantasies thinking they’re going to be best-sellers. The business is difficult, so they need a plan as to how they’re going to make their money while they’re writing.”

Jennifer Self is the director of public affairs and communications at Cal State Bakersfield.