‘The next generation of leadership’: Local community organizer encourages Sikh youth to give back to community 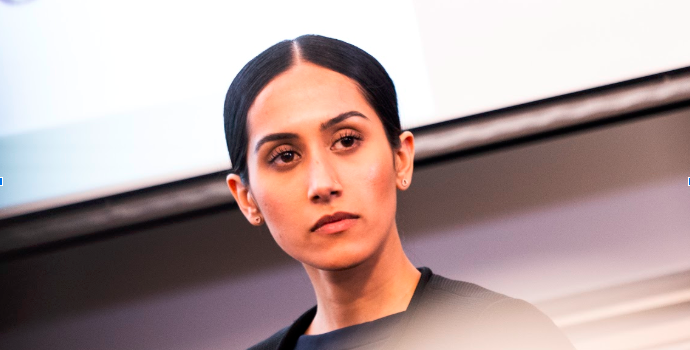 Editor’s Note: To celebrate Women’s History Month, South Kern Sol is highlighting notable women in Kern County who are working to create positive change in their community. Do you know somebody who deserves to have their story told? Contact us at Elizabeth@SouthKernSol.org.

Manpreet Kaur, a first-generation Punjabi Sikh, has always had a special attachment to her community. Born and raised in Bakersfield, she never spent too much time away from her hometown.

Even when she was attending college, she came home often to visit her family. When she came home during breaks from college, her mother told her she visits too much.

But Kern County is home for for the 26-year-old, and she always knew she wanted to give back to and invest in her community. That’s why she has been working as a community organizer with the Jakara Movement, a statewide organization that creates a “new generation of Sikh leadership through individual development and community building.”

After graduating in 2015 from the University of California, San Diego with a degree in Political Science and Ethnic Studies, she met with the executive director of the Jakara Movement. The director was looking for someone to lead a local chapter in Bakersfield. It was that meeting that led Kaur to joining the team.

“No one else does what we do with the youth,” Kaur said. “We have become a resource for the community.”

The Jakara Movement works with Sikh youth on various projects to strengthen their identity and consciousness as Sikhs, to foster education through service-learning and to inspire activism and volunteerism, according to the Jakara Movement’s website.

“[We] want to train the next generation of leadership to emerge,” Kaur said.

One of the big projects Kaur has worked on is the renaming of Stonecreek Park. The local Jakara Movement chapter led an effort last year rename the park in honor of Jaswant Singh Khalra, a human rights activist in the Sikh community. The group is still working on the project.

It was Sikh Punjabi women who have inspired Kaur to become the woman she is today and to get involved in the type of work she does.

“My female role model(s) are Sikh Punjabi women — those before me and those with me today, the carriers of our culture,” she said. “In shaping my sense of self, they have been my greatest teachers.”

“They have had the patience and have given me encouragement in many different stages of life, coming to me in different roles whether it was a Sunday Punjabi school teacher instructing me to read Gurmukhi (our native Sikh script of writing), or it was my own maternal grandmother and mother exemplifying resiliency and tender love everyday.”

Kaur said there are countless Sikh Punjabi woman in Kern who have not only created a powerful voice of their own, but have more importantly made a seat at the table for other women to join them.

“I admire those women,” she said. “So many of the Sikh Punjabi women in my community inherently exemplify sacrifice, selflessness, confidence, beauty, wit, and grace.”

Kaur takes these lessons she has learned from her role models and uses them in her work to encourage the youth involved in the movement.

The Jakara Movement has expanded into creating local chapters within high schools where students of all ethnicities learn public speaking skills, networking and a sense of community. Kaur goes to different high schools and colleges to talk about the organization and encourage students to get involved.

“The real victory is seeing people want to do what I do and be a part of that,” Kaur said. “[We] want them to be invested within their community with their time and effort and even if they leave, we want them to return to help others, uplift the community, and create a strong network that supports one another.”