COMMENTARY: M.E.Ch.A stands for diversity; does not accept vandalism as ‘protest speech’ 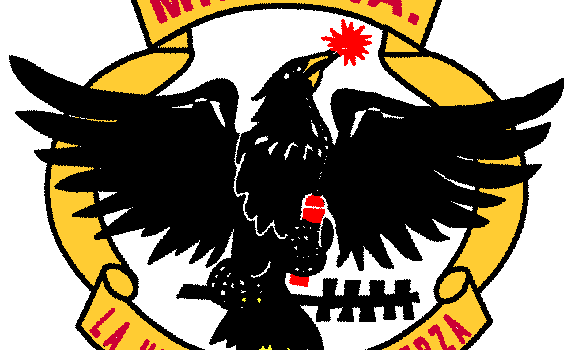 M.E.Ch.A. de BC values diversity, but that ethic has been called into question by local history professor Erin Miller.

In an opinion piece published by the Bakersfield Californian, Miller argues that although the acts of vandalism done by the Hundred Handers on the BC campus is unacceptable, it should still be considered “protest speech” that we should academically engage with.

To give a little background, at the end of the Spring semester, members of an anonymous group — the Hundred-Handers — vandalized the BC campus with dozens of stickers, some reading “feminism is cancer,” while another read “Tired of anti-white propaganda?” Of all the vandalism, Chicano Studies event posters saw it the worst with more stickers than anywhere else. The stickers on the flyers read, “Smash cultural Marxism.”

Miller argues there’s a double standard between the Hundred Handers’ values and M.E.Ch.A.’svalues. But this is an unfair comparison.

M.E.Ch.A. stands against the institutional racism that has maintained hierarchies on college campuses and academia more generally. The Hundred Handers want to reinforce that hierarchy by calling the epistemic diversity that M.E.Ch.A promotes as “Cultural Marxism.”

We must look at what Jess Nieto’s activism stood for and why the Hundred Handers opposed his legacy.

Nieto wanted to promote epistemic diversity on our campus with Chicanx Studies because the cultures, histories and social issues of such people were not considered valuable to college campuses. By disguising the Hundred Handers’ targeted racism behind free speech rhetoric, Miller and her colleague, BC professor Mathew Garett, are similarly giving very little weight to the respect and dignity of M.E.Ch.A.’s targeted culture and community.

The Hundred Handers may not have explicitly used slogans like “Diversity means no White People” — as Miller mentioned — but that doesn’t mean they don’t believe in those ideas. Even if the stickers on our campus mentioned ideology and not explicitly race, there’s evidence on their twitter page that the Hundred Handers are a white supremacist group that hates people of color. The group’s twitter account boasts of stickers that say “Make America white again,” “Western civilization is white civilization,” and “Isn’t it time you take your own side?”

Was this racism not clear enough with the sticker placed on the foster youth poster with the face of an African-American student?

The very act of vandalizing a poster promoting epistemic diversity promotes a form of racism called epistemicide, which is the systematic suppression of someone else’s knowledge.

Epistemicide is the result of European colonialism, which inferiorized, if not appropriated, the knowledge of indigenous people throughout the world. Therefore, Western knowledge is hegemonically more represented in our modern-day institutions and schools. This alienates minorities. Documents, such as El Plan Espiritual de Aztlán and El Plan de Santa Barbara, use decolonial language that sounds provocative, but Miller’s US-centric point of view seems to not let her realize “the legitimacy of the United States” rests upon its colonial foundations.

Article 1 Section 2 and Article 5 Section 3 of BC’s constitution promotes respect towards all students and non-students, regardless of their race, gender, religion, sexual orientation, or disability.

Our annual Noche de Cultura event brings the arts and traditions of world cultures to our campus to promote diversity and encourage the advancement of all students in our community. We even helped our dreamers meet our representative, Kevin McCarthy, and helped Jose Bello defend his rights.

It’s easy for Miller and Garett to argue the vandalism on our campus is merely protest speech because they’re not people of color who were targeted by this act. They want to academically engage with this “protest speech” because they adhere to institutionalized, academic approaches that try to pass as neutral, transcendental, and universal, but are in fact Eurocentric epistemologies that claim to be so and relegate those of black and brown cultures to a secondary status.

Our institution, like many other colleges and universities, is too invested in post-racialism, tranquility, and ineffective diversity initiatives. Professors of color — who are severely underrepresented in college departments — are ignored and aggressively limited or shut down when they call attention to inequalities. Most of our courses lack diversity and are evasive to issues and topics that are urgent to communities of color.

These are the reasons why M.E.Ch.A. – and Jess Nieto – have historically promoted ethnic studies to prepare students to link academic projects with community action and challenge dehumanizing tendencies.

Since its founding in 1972, M.E.Ch.A.’s goals have been to facilitate higher education for Chicanx students, to ensure Chicanx Studies be offered in colleges and universities, and to promote cultural awareness. We are a student organization that fights to unite people from all backgrounds and celebrate their differences. La Unión Hace La Fuerza.